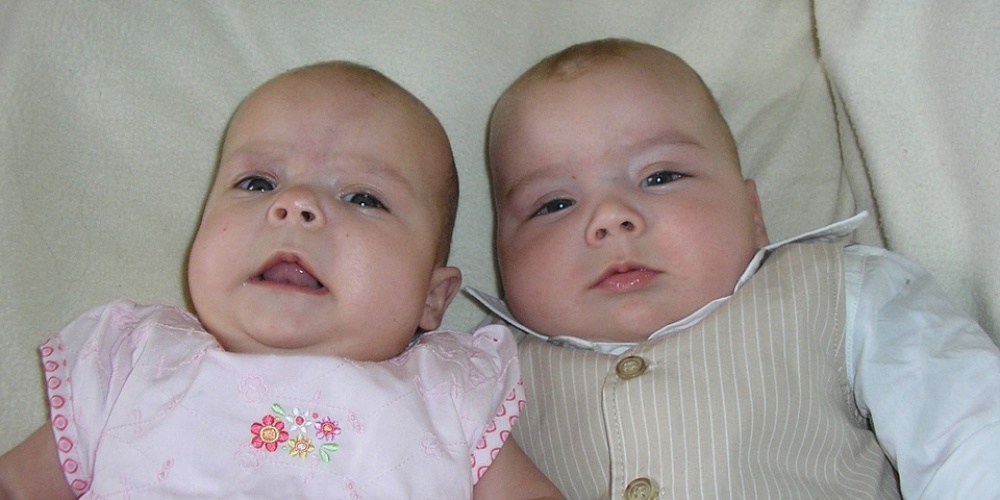 There is something very special about being pregnant with one’s first child. One has grandiose dreams (hopefully) of carrying a great Torah scholar, a Nobel Laureate and a great philanthropist wrapped into one. Unaware of the realities of child rearing, one can live in a dream world. Yet along with great dreams come great responsibilities, one of which is providing for one’s children. And it is never too early to start saving for one’s children.

While there may be all kinds of reasons why one would give his newborn daughter twice as much as a baby boy, the Gemara understands such to be teaching “that it is better to have daughters rather than sons.” The Gemara finds this puzzling as, in looking at the Torah’s presentation of the laws of inheritance, it is clear that a daughter is meant to inherit only if there are no sons—implying that, at least from a monetary point of view, boys take preference.

Based on a play on the word “veha'avartem, you shall transfer” [the monies that would have gone to the sons to the daughters], and “evra, anger”, Rav Yochanan goes so far as to teach that “one who does not leave a son to inherit him, The Holy One Blessed Be He is full of anger towards him” (Bava Batra 141a). Presumably such refers to a case where one has a son and disinherits him, or one chooses not to have children. But it is hard to imagine such would apply if one had, say, 10 daughters and no sons. While that may be what he means, Rav Yochanan does not actually say that. We can just as easily, and perhaps more correctly, understand him at face value with no caveats attached. One who does not leave a son to inherit him arouses G-d’s anger, no ifs, ands or buts.

If so, this is a rather harsh assessment of those who, most likely through no fault of their own, left no sons – and it would include some of the greatest Torah scholars of the 20th century.

Perhaps Rav Yochanan was referring to himself, and like truly great figures, always looked internally when misfortune befell him [1]. And none suffered misfortune like Rav Yochanan. "Rav Yochanan said: This is the bone of my tenth son!" (Brachot 5a). All he had left of his 10 sons who pre-deceased him was a bone of a tooth. Just a few lines previously, our Sages had taught that, if one sees misfortune befalling him, he “should examine his ways.”

Our Sages were not prophets and did not know why events unfolded as they did. Yet at the same time, the rabbis saw misfortune—as much as we prefer that such should not come to pass—as an opportunity to examine what specific areas we might improve upon. And while each of us can and should do so individually, our Sages looked at the collective, seeking areas that needed improvement. Seeing the infighting, factionalism and division amongst the Jews of the Second Temple era, our Sages in the era after the destruction advised that we focus on how to rid ourselves of the sin of sina’at chinam. Rabbi Yochanan suffered greatly. This great Sage living in the land of Israel in the mid-third century could not fathom why. But it seemed clear to him that G-d must be angry at him, and that he should somehow improve his ways.

If G-d gets angry with those who do not leave a son, then why would one yearn for a daughter more than for a son? The Gemara answers that it for purposes of inheritance only that having a son is better. The Rashbam fascinatingly explains that specifically because the son and not the daughter inherits the property, he keeps the name of the family going. When a daughter would marry, the property she receives from her father would end up with her husband’s family. This was especially true when land was divided in accordance with the properties of the 12 tribes such that when families intermarried[2], the children – and the property – would be part of the father’s tribe. It was most important to have a son so that the family name could be carried on. Very little has changed over the years.

Yet when it comes to actual monetary support, fathers are more inclined to give greater support to their daughters. They were—and here, too, not enough has changed over time – at an economic disadvantage as compared to men, and in the words of the Rashbam, “cannot seek out support like a man.” This was true both in seeking a job and, if need be, in seeking charity. It is not that a father prefers daughters, they just need more financial support.

The Gemara then records the view of Shmuel that the reason one would give more to a daughter than a son is specifically in regard to a first born. It is while expecting the first child that one wishes for a daughter – but that would not (necessarily) hold true beyond that.

The Gemara gives two explanations as to why this is so. The first (politically incorrect, yet mostly accurate) answer is that an eldest daughter helps around the home more than a boy would, even helping to raise the other children. The second reason the Gemara suggests one prefers the eldest be a daughter is to prevent ayin hara, the evil eye.

In rabbinic literature, an ayin ra refers to one who exhibits the trait of jealousy. Along those lines, I would have explained that since in the ancient world – and for many today – boys are more desired than girls, having a boy first might engender jealousy amongst those who “only” have girls. By having a girl first, we minimize such possibilities.

This is an astounding explanation. The Maharsha is basically saying that there are mitzvoth in the Torah that are bound to cause strife amongst Jews, and that we hope we will never be placed in a situation where we have to keep such a mitzva. Perhaps the Maharsha is reflecting the reality of 16th century Poland (and 3rd century Israel); one different than when the Torah was given, when it was self-evident that an eldest son should get a double portion.

And yet realizing, as he did, that certain mitzvoth may not speak to all generations[3], the Maharsha was oblivious to the notion of how a daughter who gets support but no inheritance might feel. As we explained in our last post, there is good reason for this; until modern times no one would have ever dreamt that a daughter should inherit. We, who live with much different notions of equity, have found halachic ways to grant all – eldest, youngest and everyone in between, be they sons or daughters—equal shares of inheritance within the framework of the halachic system.

Illustrating the dominant preference for males throughout history is the Rashbam’s comment on Rav Chisda’s statement that for him, daughters are always preferable to sons. Rashbam first suggests that Rav Chisda only had daughters, so he developed a longing for them. This in itself is most praiseworthy, as so many people yearn for what they don’t have.

But the Rashbam is not satisfied with this explanation and concludes, “I do not fully understand the view of Rav Chisda well.”

Today, very few of us would differentiate between sons and daughters in setting up a trust fund. But we should recognize that such is a very modern concept.

[2] It is for this reason that the Torah originally prohibited intermarriage between the various tribes. It was only years later on Tu B’Av that such was permitted, helping to explain how Tu B’Av became, along with Yom Kippur, the happiest day of the year (see Taanit 30b). This logic may help explain why our Sages allowed the application of legal loopholes so that daughters might inherit like sons.

[3] While this may be at odds with how some understand the Torah, to my understanding, it is unnecessary and even undesirable to posit that all mitzvoth resonate in the same positive way. Certain mitzvoth just do not speak to us, and are far from our way of thought. That does not make them any less obligatory – but it often will inspire our Sages to find legal ways to observe the letter of the law while effectively nullifying it (the laws prohibiting interest being one example). When and where this might be done is no simple matter, and a great discussion to have some other time.