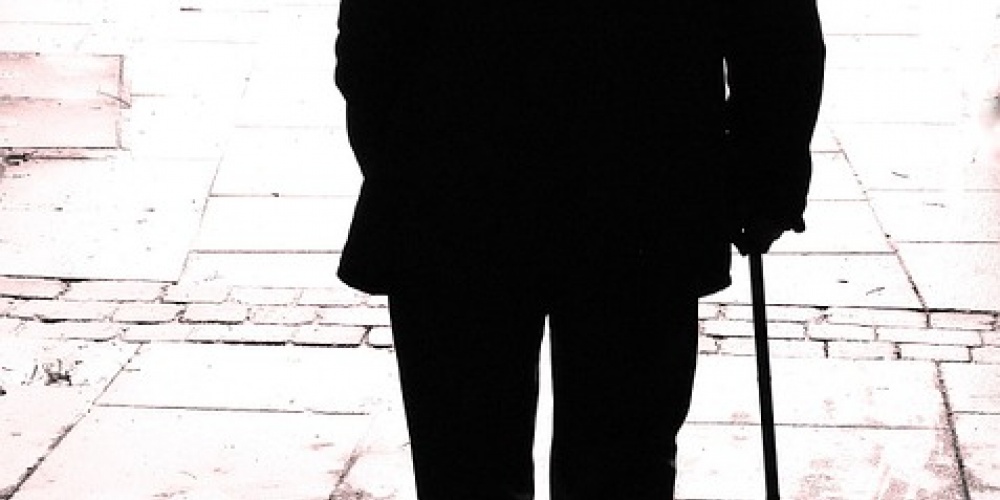 In his 17th century collection of responsa (#93), the Chacham Tzvi, Rav Tzvi Ashkenazi, discusses whether a golem, perhaps best translated as an artificial human being, may be counted towards a minyan. The Chacham Tzvi rules that it may not be. As is well known, only (male) Jews can be counted towards a minyan and a prerequisite of being Jewish is to be a human being. A golem is not even a human being, so there is nothing to discuss.

This idea that being human is a prerequisite for being a Jew may be the reason the Torah begins with the story of the creation of man. It is not until the 20th generation that the first Jew appears on the scene. The Torah spends the first 11 chapters teaching about the human condition in general. We come face to face with the human impulse for honour, fame, money, power and immortality. We see how arrogance, greed and jealousy can cause so much harm. And we discover that it is hard to control such impulses, and that the Noachs and Chanochs of this world are few and far between.

Only after learning about the seven basic Noachide laws are we introduced to Abraham, the founder of G-d’s special nation. The idea that one must be a mensch before one can be a Jew is expressed in the rabbinic notion that derech eretz kadma leTorah (Vayikra Rabba 9:3), basic human decency must precede the giving of the Torah.

Sefer Breisheet is the book that teaches the fundamentals of derech eretz. It teaches how to be a yashar, a person who can get along with others[1]. Before we begin to discuss mitzvoth, i.e., sefer Shemot, we must ensure that the basics of human decency are observed. It is not just that honesty in business is more important than, say, keeping kosher or even sexual ethics (see Bava Batra 88b). Rather, it makes little sense to talk about kashrut if one lacks basic honesty. There is little point in discussing how to observe Shabbat if one has no empathy for the poor[2]. Not for nothing did our Sages claim that the first question G-d will ask on the ultimate day of judgment is, “Were your business affairs conducted faithfully?” (Shabbat 31a).

And as we all know and see with our own eyes, it is so much easier to observe mitzvoth between man and an abstract G-d than those between man and man. G-d, after all, never talks back to us, displays anger towards us, nor even criticizes us. It’s easy to get along with Him. Add in the fact that His reputation of controlling the world precedes Him, and it is no wonder that we often try to butter Him up by performing mitzvoth for Him. Yet we cannot fool G-d, who desires that we love those created in His image. But this is not easy. These G-d-like creatures are not always nice to us, and may purposely hurt and cheat us. Naturally, they get our ire up. Knowing this, we would do well to spend more time analyzing how to interact with these very imperfect “images” of G-d. But hard as we try, the human condition is such that we can never fully succeed. That is fine as long as we keep trying to improve and focus not on our strengths, but on our weaknesses. “Most [people sin in the area of] theft, some [sin in the area of] sexual immorality and... all [sin in the area of] the dust of lashon hara” (Bava Batra 165a).

Not much has changed over the years—with the possible exception that more mitzvoth need to be added to this list of most difficult mitzvoth to properly observe. While our rabbis understood human nature and our desire for sin, I do not think they could envision a scenario in which people would define religiosity by looking almost exclusively at the rituals or the externals of Judaism. Our mesorah, our way of life  – a concept so widely invoked today – goes back to the prophets. And if there is one thing the prophets taught, it is the primacy of the ethical over the ritual.

In this vein, I would like to share a beautiful story related by Dr. David Pelcovitz at our just-completed medical ethics conference. He told of the Sunday that Rav Shlomo Zalman Auerbach, in an unprecedented move, announced that there would be no morning seder, as he had something very important to say to the yeshiva students. Looking agitated, he recounted how the previous Shabbat had been an exceptionally hot day, making walking the hills of Jerusalem extra difficult. Walking to shul, he saw a chatan walking with his father to set up kiddush for the aufruf of the young man. What he witnessed shocked him. The father, sweating profusely, was shlepping chairs under each arm while the son was casually walking besides him. Rav Shlomo Zalman, in shock, was watching this go on and on; finally, he could not take it any more. He went over to the chatan and exclaimed, “Kivud av, kivud av”. And the yeshiva bachur looked up and with pride in his frumkeit, said to this truly great Torah giant, “I don’t hold by the eiruv”. Rav Shlomo, shaking, lamented to his talmidim, “Where have we gone wrong? Where have we gone wrong?”

While I imagine this may have been a rhetorical question, it is not too difficult to suggest an answer. How much time do students spend learning about ethical behaviour and how much time about ritual obligations? If one wants to get a message across, it must be constantly repeated – a fact the evildoers of 75 years ago understood well. How many shiurim are there on kibud av veim vs. Shabbat or kashrut? One needs to know the latter to get semicha and become a rabbi, but as far as I know, no rabbinical school tests on the former.

I am quite certain we can all name numerous chumrot in the field of kashrut, yet many would be hard-pressed to name one chumra regarding kibud av veim. In fact, many would find such a notion strange. How many even know where to find the laws of kivud av veim? And much the same applies to other areas of ben adam lechaveiro from business ethics to the laws of revenge, zoning laws, even the laws of tzedaka. Instead of focusing on trying to produce great Torah scholars, our emphasis must be on producing honest Jews[3].

While I appreciate that teachers like to teach new things and pride themselves on never giving the same shiur twice, I must admit that I do not understand such an approach. There is nothing wrong—and lots and lots right—with coming back to the same themes, and even stories, over and over again to have any hope of impacting on others. While one must find a balance and ensure one still has a relevant message, there is much to be said in praise of the rabbi who gave the same sermon, year in and year out, on Yom Kippur. When asked why he did so, he responded that as long as people continue doing the same sins they did during the past years, he must speak about these exact sins, year in and year out.

There is little need to talk about kashrut, Shabbat[4] or even Talmud Torah in the Orthodox community. The importance of these are known by all (though reinforcing their importance is not a bad idea). But such cannot be said about many of the basics of being a decent human being, a prerequisite for being an observant Jew. Business ethics stands out as the number one area in need of improvement, and we would do well to speak about this much more often. While conferences on medical ethics are most popular, conferences on business ethics are almost non-existent. Instead of worrying whether the minhag of not sleeping on Rosh Hashanah precludes one from taking a nap on Rosh Hashanah afternoon (it does not), we might discuss the laws of ona’ah, price fraud, negative advertising, treatment of employees, or maybe even honouring one’s parents.

[1] See the powerful introduction of the Netziv to his commentary on Breisheet where he writes how G-d “hates” tzadikim, the righteous who are holier than thou and hence, look down upon others with a different religious view.

[2] See here where the opening Mishna of Tractate Shabbat begins by stressing the importance of taking care of the needs of the poor. In a similar vein, the opening law of Pesach, as codified in the Shulchan Aruch, is to ensure the poor will be able to afford to celebrate this most expensive of holidays.

[3] If this sounds like an advertisement for the Mussar movement, so be it.

[4] With the exception of texting on Shabbat, a practice that is much more widespread than I had realized and cuts across all—and I mean all—shades and varieties of Orthodoxy.