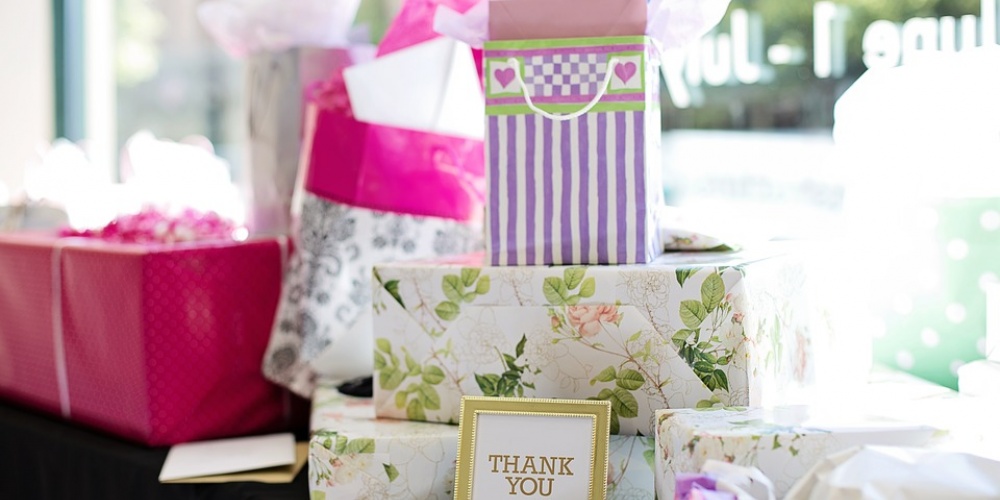 “The brothers who were groomsmen, shoshbanim, during the lifetime of their father—when the wedding gifts are reciprocated they revert to the common funds of the estate, for the reciprocation of a wedding gift may be claimed in court” (Bava Batra 144b).

In Mishnaic times it was customary to send one’s child, bearing gifts, to join the wedding celebration of family friends. It was understood that when one’s own child married, the family would reciprocate. So established and expected was this custom that when one’s own child would marry one could, if necessary, actually go to court to demand that the family repay the favour and bring “gifts” as they join in the celebration of the wedding.

Yet the Mishna teaches that this reciprocated gift belongs not to the groom, but to his father. After all, it was he who initiated the process by sending the first set of gifts to their friends, and he is the one who is paying for the wedding. Thus, if the father has died in the interim, the reciprocal gifts go to the estate to be shared by all, and not specifically to the son about to marry.

“If, however, he sent his friend jugs of wine and jugs of oil, these cannot be demanded in court, for they are gemilut chasadim, expressions of kindness.”

While the gifts of the shoshbanim are given with the expectation of receiving gifts in return, certain gifts are just that – given out of pure love and joy, without any calculations as to what one may receive in return.

What distinguishes these two types of gifts is not clearly spelled out in the Mishna. The Rashbam suggests two possibilities for what would qualify as a gift of pure kindness: if the gift is given before the actual wedding, what we would call an engagement present; or if the gift is given at the time of the chupah, but the one giving the gift does not stay for the wedding meal to rejoice with the newly married couple. However, if one stays and participates in the meal, one has a legal claim that when he or his brother marry, the favour should be reciprocated, and the first celebrants must come bearing gifts and join in the festivities. In effect, one could sue another to ensure they come to your child’s wedding.

Having the right to go to court to force wedding gift reciprocity indicates that the original gift was less like a gift and more like a loan with an indefinite return date. This idea is bolstered by the fact that on the return, the shoshban can insist that his level of participation in the simcha must fully correlate with the original shoshban.

On the other hand, the gift nature of the exchange is highlighted by the fact that the laws of interest are not applicable. One may spend more (or less) on the reciprocal gift as compared to the original. Had this truly been a loan, the return would have to equal the original amount, regardless of how many years may have passed between the smachot. Unlike a true loan, the debt is not cancelled in the shmitta year.

Our Sages teach that “one should purchase a friend” (Avot 1:6). Having friends costs money, but friendship is something worth spending money on. So important is friendship that, absent friends, life is not worth living: “Either friendship or death” (Taanit 23a)

Making a wedding can be expensive, and one may prefer to cut back on whom one invites. As time passes, one’s circle of friends changes – such that one may not even invite those for whom one was a shoshban. (Perhaps the modern-day equivalent would be those friends at whose wedding you may have marched.) Nonetheless, the Gemara rules that one has an obligation to invite those old friends with whom, at one point at least, you were so close that you sent special gifts (perhaps you hosted a sheva brachot) upon their marriage. And if you do not “inform” (invite) that old friend about the wedding he has, in the words of the Gemara, a legitimate “grievance.” Yet almost unbelievably, the Gemara rules that despite not being “informed” of the wedding, one must still send a gift. One may deduct from the value of the gift the value of the wedding meal you did not get to enjoy, but a gift must be sent.

True friendship—and there are meant to be no greater friends than husband and wife—cannot be on a quid pro quo basis. We must do our best to demonstrate our friendship to others, even when it appears that others are not quite doing the same. More often than not, it is because there are other things going on in their lives—things they may not feel comfortable sharing with you. Being a chaver tov is worth the cost.