Yevamot 96: Beyond the Grave 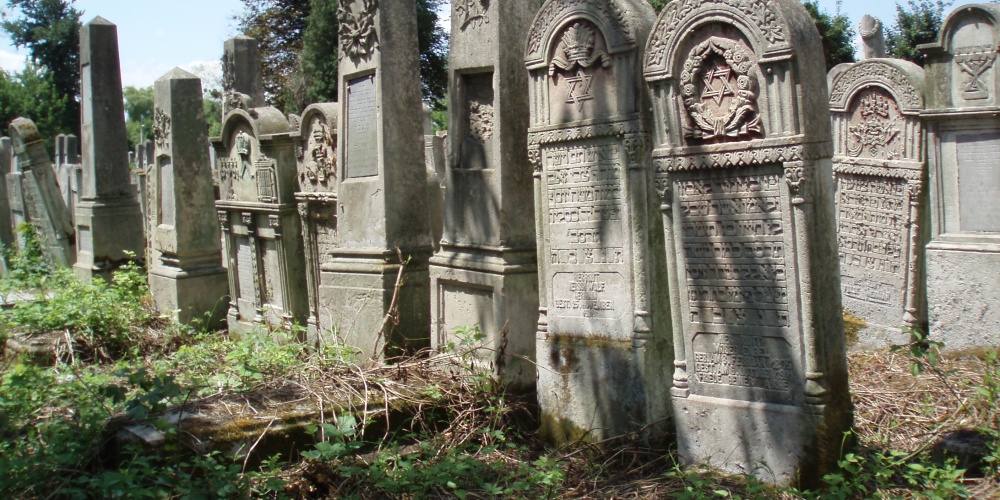 Perhaps the greatest fear of man is that he will be forgotten, that ultimately his life will be devoid of meaning. Even, perhaps especially, the most powerful harbour this fear, often going to heroic efforts to leave their permanent mark on history.

In the midst of a rather technical discussion as to the status of "yibum" performed by a minor from the age of nine onwards, the Gemara records the view of Rav Yochanan that his yibum is to be considered valid--at least, in terms of disqualifying any other brother from performing yibum. When his student Rav Elazar recounted this view in the Beit Midrash, he did so without attributing the teaching to Rav Yochanan. When Rav Yochanan heard this, he was angered, and initial attempts by his students to assuage his anger did not help; in fact they made it worse. Only when Rav Yaakov bar Idi pointed out that there is no need for a well known student to constantly quote his teacher as "all know that it is [his] teaching" being quoted was he pacified (Yevamot 96b).

While Rav Elazar may have acted incorrectly, the Gemara queries as to why this upset Rav Yochanan so greatly. One might have thought that is because Rav Elazar violated the rabbinic dictum that one must quote a teaching in the name of the one who said it--doing such can bring redemption to the world (Avot 6:6, Megillah 15a)[1]--yet that is not the reason given. Rather, Rav Yochanan felt that the failure to do so put a nail in his coffin--figuratively, perhaps even literally.

"Rav Yehuda in the name of Rav asked, what is the meaning of the verse 'I will dwell in Your tents, olamim, forever?'" (Tehillim 61:5). Noting the use of the plural olamim instead of leolam, the usual term for forever, Rav asserts that this is reference to both this world and the next. Rav thus asked, "is it possible for a human to live in two worlds [simultaneously]"? Do we not first have our sojourn in this world before passing on to the next with the two worlds separated by an unbridgeable chasm? Apparently not!

"Rav Yochanan in the name of Rav Shimon bar Yochai said: Any Torah scholar in whose name a teaching is recorded, his lips move in the grave" (Yevamot 97a). What a beautiful and most comforting idea. While everything physical must decay and die, the spiritual can live forever. When one quotes a teaching of one who is in the grave, that person may be physically dead, but they are very much alive. This was the plea of King David, and this is the reason Rav Yochanan was so upset. King David, Rav explains, pleaded with G-d: "May it be Your will that they will say my teachings, [so that I can remain] in this world". By not quoting one's teacher one is, in effect, burying him a second time.

It is no coincidence that this teaching is found in Masechet Yevamot and is a teaching of Rav Yochanan in the name of Rav Shimon bar Yochai. Yevamot, by its very nature, is tragic. A man dies childless, leaving a widow but little else. When the widow, as she should, remarries and starts a new life, the deceased runs the risk of being totally forgotten. Along comes the Torah with the mitzvah of yibum so that the memory of the deceased can be perpetuated.

Even more tragic than a "regular" case of yibum is the personal life story of Rav Yochanan. "Rav Yochanan said: This is the bone of my tenth son!" (Brachot 5b). Rav Yochanan carried with him a bone, the last remaining vestige of the last of his ten sons, all of whom pre-deceased him. Is it any wonder Rav Yochanan was the one to fear that he would be forgotten, that once buried he would be lost forever? How fitting that of the hundreds upon hundreds of Sages cited in the Talmud, none is cited more often than Rav Yochanan.

Rav Yochanan quoted this teaching in the name of Rav Shimon bar Yochai, who lived beyond this world even as he sojourned on earth. Living in a cave, barely eating, he could not understand that people actually physically toiled in this world; "they leave the world of eternity for the world of the hour"(Shabbat 33b). His other-worldly gaze brought death--prompting G-d to send him back to the cave to learn how to live in this world, too.

In the sweep of history, even those who merit long days are but a blip in time in the physical world which we inhabit. But we need not be limited by our physical being. May we be blessed that our lips move in the grave long after they move on the earth.

[1] The Mishnah famously cites the example of Esther who, when telling Achashverosh of Bigtan and Teresh's plan to assassinate him, mentioned that it was Mordechai who told her this information. It was that little detail that ended up thwarting Haman's plan. Purim celebrates Jewish survival and little else. Unlike Pesach, no major historical event followed--the Gemara says there is no reason to say Hallel as "we were still slaves to Achashverosh" (Megillah 14a)--and yet such is still deemed redemption. This is something worthy of much reflection.