Korach: No Unity Without Diversity 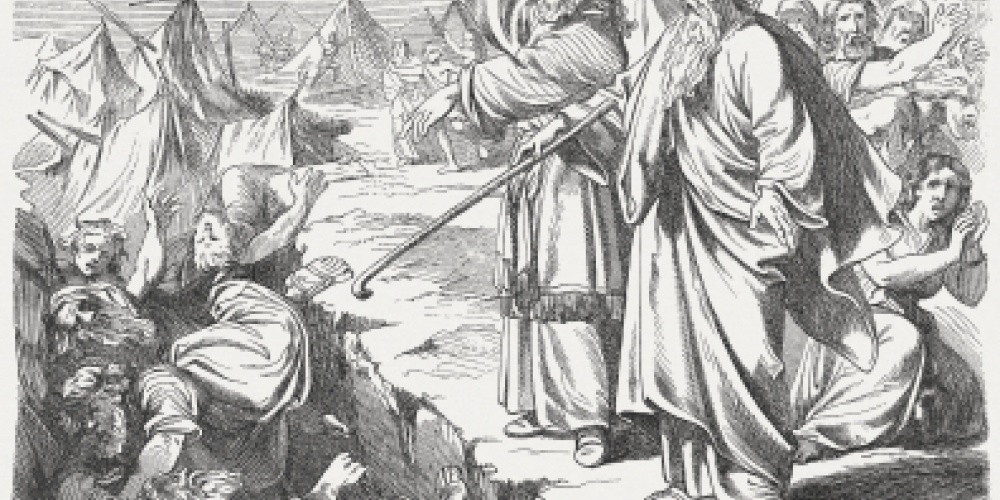 It is in times of crisis that effective leadership is most important—and the years spent wandering in the desert represented the first major crisis of the Jewish people. Aimlessly wandering with little to look forward to, knowing that they would die in the desert, the hope and excitement of the Exodus was long gone. It is not surprising that, when faced with a crisis, instead of looking inward, people often look to blame others for their predicament. Who better to blame than one's leader?

And blame they did. Datan and Aviram, the rabble-rousers, the meat eaters, the meraglim, the people as a whole, and even Moshe's own siblings got into the act. All this within the first year of the Exodus! And this is before we even consider the external challenges: Moav, Midian, Edom or the bickering of Generation Two, forty years later.

Korach represents a unique challenge to leadership; namely, questioning the entire need for it. "For all the congregation is holy!" Korach's democratic cry that all are equal has great resonance, especially in our democratic societies. It allows and encourages us to question everything our leaders say and do, claiming they have no greater right or insight than we do. Like many a lie, this one, too, has many elements of truth. Nonetheless, it remains fundamentally false. While all are equally entitled to be treated as beings created in G-d's image, we do require strong leadership, people whose decisions will carry more weight and who are (or should be) even "more holy".

Moshe, the greatest of leaders, had the opposite approach. "One person shall sin, and on the entire congregation You shall get angry?" All are not to be treated exactly the same. We must distinguish between ringleader and follower, even if the two act in a similar manner.

G-d had told Moshe to separate himself from the congregation of Korach, so that He could destroy them. (Interestingly, this is the source from which we derive the need for 10 in a minyan; even sinners are an integral part of our people.) Moshe and his peace-loving brother, Aaron, fell to their faces to plead on behalf of the congregation (though not on behalf of Korach), arguing, "Shall one person sin and upon all the congregation You shall be angry?" Of course, Korach was not the only sinner; he had at least 250 others who willingly joined him in his rebellion, with thousands looking on and hedging their bets. Yet Moshe argued that we must distinguish levels of culpability among those involved in this unholy alliance.

Moshe introduces his plea with a most unusual description of G-d as the "G-d of spirits for all flesh". The commentaries explain that this expression denotes G-d as one who knows the inner thoughts of all men, and should thus punish only those who are the true sinners—something mortal man cannot always discern. This most unusual expression appears later in the Chumash, when Moshe Rabbeinu asks G-d to choose the leader who will replace him (see Bamidbar 27:16). By using the similar expression, "G-d of all spirits", Moshe is asking G-d to appoint a leader who will be able to deal with the needs and wants of the entire Jewish nation. As Rashi notes, no two Jews are alike; and a leader must have the necessary "patience" to be able to handle each person according to his needs.

While Korach was the ultimate egalitarian, Moshe Rabbeinu understood that great diversity amongst the people is our great strength. And great leaders welcome diversity, understanding that one size does not fit all. Both our politically correct environment and the attempts to stifle diversity within the religious world not only bring about mediocrity, but make it difficult for effective leadership to emerge. While great leaders can change the society around them, it is societal norms that are the incubator of leadership. Stifling societies produce stifling leaders.

Korach was correct: all people are holy. But not all who are holy should be leaders. For that, we need a special type of person, someone who understands all the people. Finding such leaders is no easy task.

It is most instructive that Moshe prays and pleads with G-d for help in selecting his successor. We can do the same but it is up to us to create the environment to ensure that our prayers will be answered.