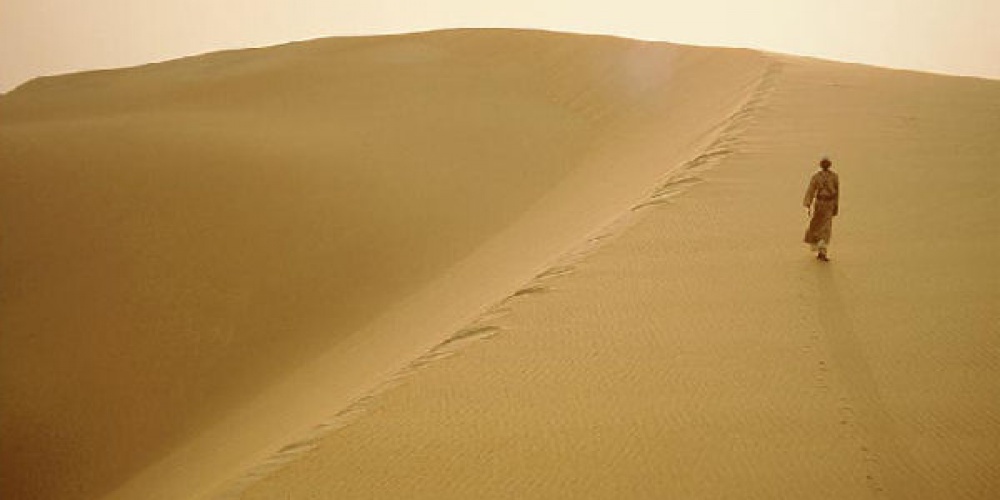 It is quite evident that Yitzchak and Rivka had differences of opinion regarding the difficult task of raising their twin boys. Their contradictory assessments of Eisav and Yaakov continued to the end of their days. Rivka sensed that Eisav would not, could not, be rehabilitated from his nefarious ways, whereas Yitzchak never gave up hope that Eisav would ultimately remain a Jew.

This dichotomy can be seen in many places, including the opening line of this week's parsha. "And Yaakov left Be'er Sheva and headed towards Charan" (28:10). The first half of this verse is superfluous; after all, if Yaakov went to Charan, of course he had to leave Be'er Sheva. Furthermore, what is the moral significance of telling us his geographical starting point?

The Beit Halevi (19th-century Russia) explains that a move may be caused by one of two motivations; either one is fleeing his point of origin, or one is attracted by the allure of the destination. We Jews have experienced both kinds of movement. Often, we literally had to flee for our lives, and our destination point was irrelevant to us; any place that would take us was fine. At other times, such as in the case of North American aliyah to Israel, Jews do not emigrate because they are dissatisfied with their home.  They go because they are eager to help build our true, ancestral home.

The Beit Halevi explains that Rivka and Yitzchak had different motivations for sending Yaakov from Be'er Sheva to Charan. Rivka was worried by the possibility of physical danger to Yaakov, were he to remain at home: "’Your brother Eisav is consoling himself by planning to kill you’, she said. ‘Now, my son, listen to me. Set out and flee to my brother Laban in Charan’" (27:42-43). Yitzchak, a man to whom evil was a foreign concept, could not imagine that one of his sons would attempt to kill the other. Yaakov, he felt, did not need protection from his brother. However, for his spiritual wellbeing, he had go to Charan. "Isaac summoned Jacob and gave him a blessing and a charge. ‘Do not marry a Canaanite girl’, he said. ‘Set out and go to Padan Aram, to the house of your maternal grandfather Bethuel. Marry a daughter of your uncle Laban’" (28:1-2). Yaakov had to leave, not in order to escape, but to find an appropriate spouse. Rivka ordered Jacob to flee Be’er Sheva, whereas Yitzchak told him to go to Charan.

It is worth noting that, although Yaakov returns home to be reunited with Yitzchak, the Torah records no reunion of Yaakov and Rivka. Presumably, she had died while he was away. Perhaps this was Rivka's punishment for initiating the whole series of events that led to Yaakov's flight; she herself would never see her son again. This permanent tearing apart of families has often been the result when Jews had to flee the persecution of the spiritual heirs of Eisav in their various places of residence.

As far as Yaakov was concerned, both reasons were valid.  He left home because he was afraid of Eisav and in order to establish a family. Yaakov intuitively knew that his would be a long journey. "If G-d will be with me, if He will protect me on the journey that I am taking so that I come again to my father's house in peace, then shall the Lord be my G-d" (28:20-21).

The direction we take in life is influenced by a variety of factors, some negative and some positive. We may choose a well-trodden path because we are afraid of the unknown, or because we believe it offers the best hope for the future. Whatever our motivation, it is our actions that make a difference. Yaakov was nervous as he journeyed into the world; he felt abandoned and all alone. But Yaakov awoke to realize that "G-d is truly in this place, but I did not know it. It must be G-d's temple. It is the gate to heaven" (28:16-17). The gateway to heaven is all around us. It is up to us to enter the palace.