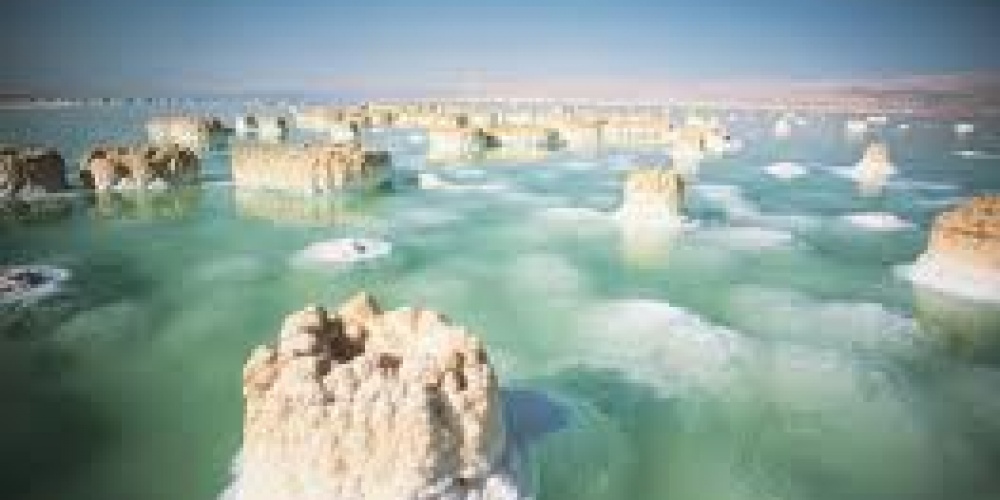 “And G-d said: Am I going to hide from Abraham that which I will do?” The city of Sedom was a thriving metropolis and the home of Lot, Abraham’s nephew and potential successor. He had chosen to live there because it reminded him of the great civilization of Egypt, from whence he had just returned. Its rich gardens and advanced commerce meant little as their moral decadence and cruelty to the disadvantaged reached unbearable levels. In many ways, Sedom was a precursor to Egypt, whose great accomplishments were diminished by their cruelty to strangers; and they, too, would suffer a similar fate some 500 years later.

Yet, for some reason, instead of just wiping them out, G-d decided to let Abraham know His plans as the Torah tells us that “Abraham will be a great nation”. What is left unclear is the connection between Abraham becoming a great nation and G-d letting him know His intention to destroy Sedom. More perplexing is that letting Abraham know seemed to serve no actual purpose. There was nothing Abraham could actually do to change G-d’s mind; not from lack of trying, but because saving the people of Sedom was beyond his ability. Abraham could not just manufacture ten righteous people out of thin air.

And while knowledge might be power, that is only true if we can use that knowledge to make a difference. Knowledge without practical benefits serves no purpose, and is actually quite detrimental. To let someone know they have a predisposition to cancer, G-d forbid, is valuable information--provided there is action they can take to reduce that risk. But if there is nothing one can actually do to lower the risk of developing the cancer, that knowledge is painful, even cruel. The sharing of such knowledge would be a form of tormenting someone. So what did G-d accomplish, besides getting Abraham upset and causing him to speak in a most chutzpadik fashion towards G-d?

Yet, despite the fact that telling Abraham had absolutely no impact on Sedom, it did have a profound effect on Abraham. Abraham was going to be the father of a great nation. And as he was G-d’s partner, G-d wanted to share information with him, much as spouses demonstrate love by sharing their lives with each other. The parsha begins with G-d’s visit to Abraham as he was recovering from his brit milah. G-d said nothing to Abraham; there was no need to. Just being in one other’s presence cements our relationship.

It is good to challenge G-d if the purpose is to help man. While he did not succeed here, Abraham understood that he might the next time. He tried, and that is all anyone can ask of us. G-d demands that we pray, that we act, that we care, that we try. Whether or not our prayers are answered, our actions succeed; they benefit ourselves. Abraham’s efforts helped develop his sensitivity towards others. It is this sensitivity, the Netziv points out in his Introduction to Breisheet, that is the greatness of our patriarchs. And this sensitivity is most crucially demonstrated towards those we share the least in common with--those who oppose all that we stand for.

In fact, objectively speaking, one could argue that Abraham was not very “successful”. Besides his failure to save Sedom and his inability to inspire his nephew Lot, seven of his eight children went--to put it in modern parlance--“off the derech.” When we invoke the merit of Abraham, we are asking G-d to look at our efforts, not our results. After all, that eighth child of Abraham’s changed all of history.

After the Torah tells us that Abraham will lead a great nation, the Torah says, “I know he will command his children to do tzedakah and mishpat”. It is generally understood that the teaching of tzedakah and mishpat explains why G-d chose Abraham to father the Jewish people; these are the necessary hallmarks of our people. Yet, it can also explain G-d’s reason for telling Abraham about Sedom. By seeing the effects of a lack of tzedakah and mishpat, it becomes clear why they are so necessary.

We are the children of Abraham. Like our forefather, we will find that life will not always go our way. But we must never cease from bringing the message of tzedakah and mishpat to all. Even if we succeed only once in a blue moon, we might change the world.

Parsha Thoughts: Rabbi Jay Kelman
VaYera
Sedom
power of prayer
off the derech
Netziv
marriage
Lot
intimacy
confiding in a loved one
being together
Abraham