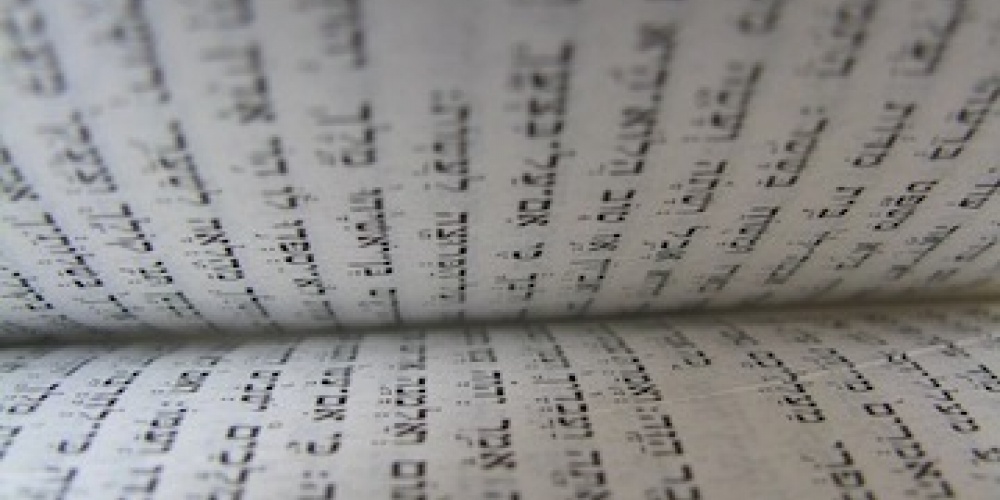 “Moshe then inquired, darosh darash, about the goat of the sin offering, and it had been burned” (Vayikra 10:16). Judaism has always stressed the importance of the middle position. Ideologically, the Rambam teaches, we should seek the middle ground (the golden mean). We lain with the sefer Torah in the middle surrounded by two people, and a Torah scholar walks in the middle of his entourage. Rosh Hashanah is the first day of the seventh month—the middle of the year—and thus, the most appropriate time for introspection. Mincha, the middle of the three daily prayers, is considered the most important, and it is the middle book of the Torah, sefer Vayikra, that contains more mitzvot than any other.

In the Masoretic text of the Torah, a note appears on the above-mentioned verse indicating that darosh darash, “he inquired”, is the midpoint of all the words in the Chumash. The central word of the Chumash teaches us lidrosh, to seek out, to explore, to discover new meaning in the Divine text. Seeking further knowledge is the essence of Torah.

While darosh darash is the midpoint of the words of the Chumash, it is in parshat Tzav that we find the middle pasuk of the Torah. “He [Moshe] placed the breastplate upon him (Aharon), and in the breastplate he placed Urim and Tumim” (8:9). Helping others get dressed is the central pasuk of the Chumash!? Surely the Torah has better things to do than to tell us how people dress.

The kohanim were about to begin their task of running the Temple, a duty that required them to wear special clothes. The high priest, Aharon, had to wear an additional four pieces of golden clothing, and his brother Moshe helped him get dressed. By doing so, he was servicing the soon-to-be kohen gadol, his brother Aharon.

Moshe, our Sages teach, actually wanted the kehuna for himself. Like many a great leader, he was unwilling and unable to delegate or share responsibility with others. Could anyone be as effective as Moshe? Should not the one who spoke to G-d face to face be the high priest, the only one who could enter the Holy of Holies? Moshe yearned to be in the presence of G-d, and what better way than by conducting the Temple service?

The liturgical notes of the Torah allude to his hesitation in appointing someone else as kohen gadol. “He (Moshe) brought forth the second ram, the inauguration ram…vayishchat, he slaughtered it, and Moshe took some of its blood and placed it on Aharon’s right ear lobe” (Vayikra 8:22-23). The word vayishchat bears the liturgical note of shalshelet, a note of drawn-out hesitation that looks and sounds like someone hesitating before making a decision. By slaughtering the ram, the kehuna was forever being passed on to the descendants of his brother, and not to his own. Moshe hesitated, but in the end, Moshe accepted the Divine decree.

Moshe understood that the ultimate in Divine service is to help others, be it economically, socially or religiously, even at personal cost. Not only did Moshe not openly complain—his hesitation is thus only alluded to in the text—he actually helped his brother in his new role. No wonder this is the central verse of the Torah. Helping others, even—or rather, especially—when we do not want to is the path to holiness.