Shelach Lecha: You Can Quote Me 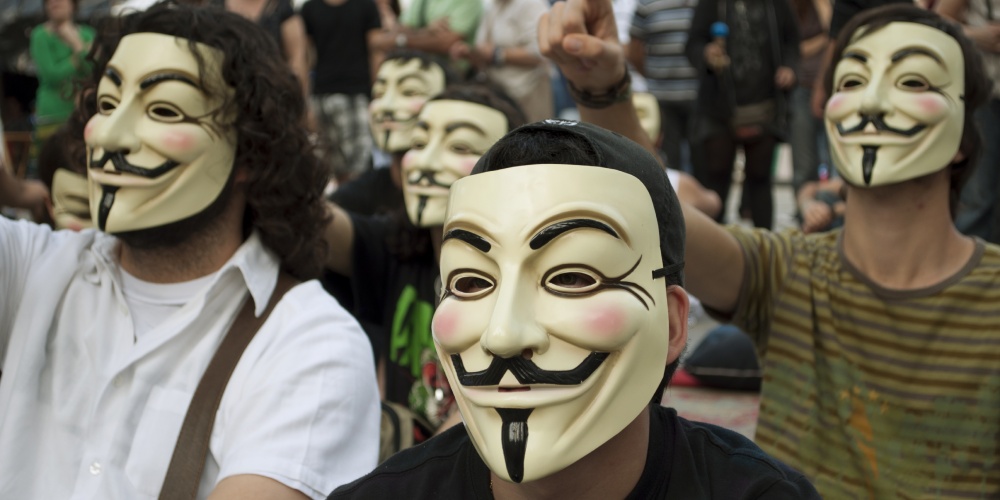 Great people are not afraid to put their name behind their convictions. “And Calev quieted the people for Moshe and said, ‘We will rise and rise and inherit the land, as we can surely do it’” (13:30). Those of lesser quality prefer to hide behind the cloak of anonymity. “And the people who were with him said, ‘We will not be able to go up’”. It is easy to criticize, complain and condemn; as long as one can hide behind others, it is not “me” but rather “they” who will be blamed should things go wrong. It takes courage to stand up and do the same thing publicly. And it takes greatness to stand up in front of the masses and publicly defy their murmurings.

After the report of the “majority,” should we be surprised that a few verses later the people are complaining? “And they said [to Moshe and Aharon], we wish we had died in the land of Egypt”.

This loss of individual responsibility did not begin in the desert. Our descent to Egypt was caused by similar tendencies. “And they said to one another, ‘Now, here comes the dreamer; let us go and kill him’” (Breisheet 37:18-19). Only two names are mentioned as the brothers prepare to sell one of their own: “And Reuben heard, and saved him from their hands, and said, ‘He is not to be killed’”; and Yehuda, who “said to his brothers, ‘What will we gain if we kill our brother?’” Unfortunately, this was to be of little avail as “they tore off his coat...and they took him and threw him into the pit”.

What makes this all the more tragic is that it is most unlikely that any of the brothers would have thought to kill a brother on their own, or that any of the spies would have “spoken harshly against the land...one that consumes its inhabitants” one-on-one. But things that one would never do if one’s name were attached are easier when part of a nameless group.

As if measure for measure, slavery in Egypt began when a new king, whose name remains unknown to this very day, enslaved “the people of Israel”. It is not until the birth of Moshe, years after their enslavement, that we learn the name of any Jew there. Even his parents are nameless.

Our Sages teach that the meraglim returned on the ninth day of Av, which would become the national day of mourning for the Jewish people due to needless bickering. The dissension in the desert laid the groundwork for Tisha B’Av, the day on which the collective hatreds and indifference between one Jew and another allowed us to be easy fodder for our enemies.

The classic story highlighting this dissension is that of Kamtza and Bar-Kamtza. Tellingly, the story begins with “Hahu gavra, there was a [nameless] man”—and it was at his party that the seeds of destruction were planted.

Often we do not only fear standing up and taking responsibility; we may be afraid to act because we’re afraid of some unnamed, unknown person. The sad story continues with the Talmud noting how the rabbis could have prevented further damage had they taken action against Bar-Kamtza. The Talmud presents two possibilities, yet each suggestion was overruled due to the fear of what “they will say”. The action would have been proper, but was not taken because people feared what “others” would say. It was this unwillingness to take a stand against the masses that ultimately led to, in the words of the Talmud, “The destruction of our home, the burning of our sanctuary and the exile from our land” (Gittin 56a).

The Torah places great emphasis on names. Each of the 12 meraglim is named, and they are referred to as anashim; men of distinction, leaders of the Jewish people. As is so often the case, people who—individually—are of great potential, become nothing more than part of the mob when joined by others. They descend into a group reflecting their collective mediocrity, or worse.

Unfortunately, the sin of the meraglim still afflicts us. Hiding behind numbers, one group of Jews will often demonize another—without even knowing the names of those who they demonize. After all, they have never met them! Otherwise intelligent and dedicated people will, together, make decisions that leave one scratching one’s head. Individual greatness is lost in the bid for conformity. All too often, political considerations are the prime factor motivating decisions.

Moshe Rabbeinu was a terrible politician; he lacked charisma, spoke poorly, argued with the people and cared little for his image. He spoke words of Torah to defend first the persecuted and then the Jewish people, becoming the spokesperson for G-d. Moshe Rabbeinu may have been a bad politician, but he was the greatest of leaders.