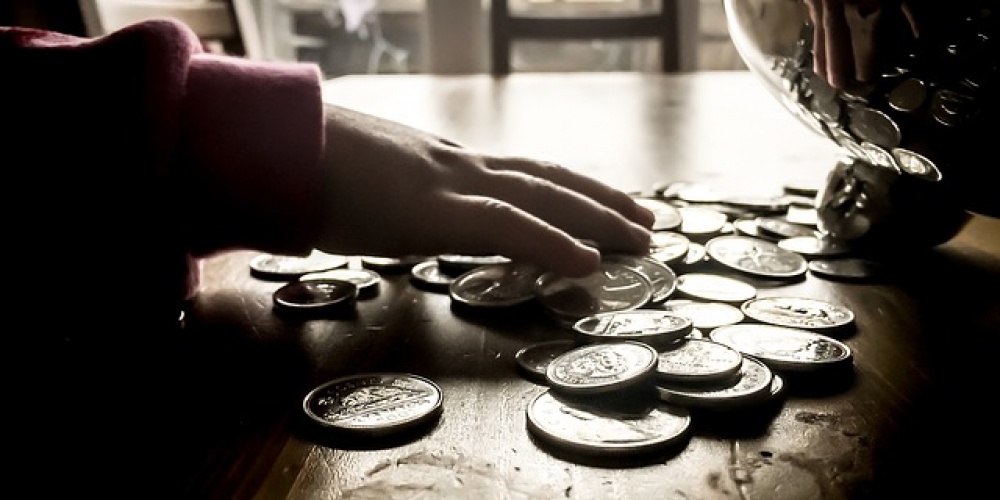 Moshe Rabbeinu was about to die. Like many before him, he wanted to bless his “children” – the nation of Israel[1]. Yet before we get to the actual blessings of the 12 tribes[2], Moshe spends the last five weeks of his life preparing the people of Israel for entry to the Land of Israel. He reviews the mistakes of the past, warns them of the challenges ahead and exhorts them to do better.

Strikingly, Moshe begins with an exhortation to ensure the integrity of the justice system; the building block of society is justice. It is this topic that has been the subject matter those studying Daf Yomi have been engaged in over the past couple of weeks. The Gemara spends the better part of a page discussing the opening verses of Sefer Devarim, detailing the qualifications necessary to be a judge. The bar is set quite high.

It was Yitro, Moshe’s father-in-law, who first suggested the appointment of a judiciary—originally to help Moshe resolve disputes, and later as a model for the Jewish people. “And you shall see [appoint] from amongst the entire nation, men of accomplishment, G-d-fearing, men of truth, who hate money” (Shemot 18:21). Yet Moshe could only find people with one of these qualifications – not bad for a baseball player, but not too great for the judiciary. “And Moses chose accomplished men out of all Israel, and made them heads over the people” (Shemot 18:25). It is not easy to find people who are truly G-d-fearing[3], who are men of truth and hate money[4].

As sefer Devarim opens, Moshe exhorts the people to “Get you—from each one of your tribes—wise men, and understanding, and full of knowledge, and I will make them heads over you” (Devarim 1:13). Yet here, too, Moshe could not quite meet his lowered expectations, and could only find “wise men, full of knowledge” but not nevonim, men of understanding, those who “understand one thing from another” and initiate solutions (see Rashi, Devarim 1:13).

Yet even these lowered expectations are quite daunting.

“And I charged your judges at that time, saying: Hear the causes between your brethren, and judge righteously between a man and his brother, and the stranger that is with him. You shall not respect persons in judgment; you shall hear the small and the great alike; you shall not be afraid of the face of any man; for the judgment is G-d's; and the cause that is too hard for you you shall bring unto me, and I will hear it” (Devarim 1:16-17).

A brief analysis of how the Sages understood these verses will quickly demonstrate the difficulty of these fundamental mitzvoth.

We begin with the great seriousness of the task. “Rav Samuel the son Nachmani said in the name of Rav Yonatan: A judge should always see himself as if he had a sword hanging over his head and Gehennom open underneath him” (Sanhedrin 7a). The task is hard, the responsibility great and the consequences of mistakes severe.

Justice is colour-blind, erases all social distinctions and is free of economic interests. Our Sages were well aware that bribery, at times blatant and at times subtle, was all-pervasive. “You shall not make with Me gods of silver or gods of gold. Is it only gods of silver and gold that may not be made, while those of wood are permitted? Rav Ashi says: [this refers] to judges appointed through the power of silver or gold” (Sanhedrin 7b). While the western world has advanced beyond classic idolatry, a potentially more dangerous form of idolatry, the worship of money, is as rampant as ever – just more so.

Even money earned honestly is liable to greatly influence our decision making process. “The king by justice establishes the land; but ish teromot, he that exacts gifts destroys it” (Mishlei 29:3). Using a play on the phrase ish teromot, the man of gifts, to refer to the kohanim who get the gift of terumah, the Gemara notes the importance of financial independence. “If the judge is like a king in that he needs no one's help, he establishes the land; but if he is like a priest who goes about threshing floors to collect his dues, he overthrows it” (Sanhedrin 7b).

This teaching is brought in the name of Rav Nachman bar Kohen, the son of a [nameless] kohen. Rav Nachman was apparently talking to himself and his fellow kohanim (the vast majority of judges were kohanim), giving them a pep talk of the importance of an independent judiciary.

Not surprisingly, the Talmud forbade judges from taking money for rendering judgment. Doing so will, at the very least, subconsciously bias them; “He who accepts payment to be a judge, his rulings are worthless[5]” (Bechorot 29a). The Talmud (see Ketubot 105b) records numerous examples of our great rabbis recusing themselves from a court case due to the fear of bias towards one party. These included a litigant saying “good morning” to or doing the smallest of favours for the judge. Great rabbis recognize that they are just as susceptible to bias as everyone else, and it takes little to influence our thinking. We truly are easily bribed.

Sadly, people fight over such trivial matters. The Gemara (Sanhedrin 7b) interprets the verses above to be talking about brothers fighting over who should live on the bottom floor and who on the second floor of their recently deceased parent’s home, or who should get the oven or stove. Yet even in such a sad situation, the judges must rule with utmost care and precision. The courtroom is a place of justice, not a forum for mussar, chastisement. A case determining an award of a penny is to be treated as seriously as a case determining an award of a million dollars, with the first even taking precedence if need be, as court cases must be heard in the order in which they come before the courts.

Perhaps most difficult of all is the absolute fearlessness which a judge must have. That, of course, is easier said than done. It is no wonder that intimidating judges is a favourite tool of autocrats. A judge is to respect no one, and that means no one, save for G-d[6]. This may explain why a king is not allowed to be appear in court: either a judge might be afraid to convict, which is bad; or he might not be, in which case the harm to a country (and possibly himself) is incalculable. A king not worthy of leading can be removed only by the Sanhedrin.

Is it any wonder that the haftarah this past Shabbat—the Shabbat where we focus on the loss of Jewish sovereignty and all that goes with it—ends with Yishayahu’s declaration, “Zion shall be redeemed with justice, and they that return of her with righteousness” (Yishayahu 1:27)?

[1] It is rather fascinating that no blessing of his biological children, Gershom and Eliezer, is recorded. In fact, there is absolutely no interaction recorded between Moshe and his children whatsoever in the Torah. Even when Moshe takes his wife and two children from Midian to Egypt, there is nary a word spoken between them. When G-d is angry, it is Tziporah who circumcises their son.

[2] To be precise, it is actually only 11, as the tribe of Shimon is excluded from the blessings; probably because of their sinning at Baal Peor (see Bamidbar 25:1-15).

[4] Perhaps the Torah does not actually require the ideal judge to hate money – if such a person actually existed, his detachment from reality would likely invalidate him from the judiciary. The word betzah appears one other time in the Torah. “Ma betzah, what profit is there that we kill our brother?” (Breisheet 37:26) Yehuda asked his brothers, and thus they sold him instead. Those who are sonei batzah are those who never make moral decisions based on a cost-benefit analysis. This may explain why our Sages (Sanhedrin 6b) so harshly criticize Yehuda despite the fact that he actually saved Yosef’s life.

[5] While this system – as the prohibition to take money for teaching Torah – may no longer be feasible, it does indicate that a judge should get paid a fixed salary, rather than on a per-case basis. It goes without saying that a rabbi should never sit as judge in a case involving a member of his shul. Ideally, a judge should not even know the litigants, as one cannot escape the bias of one’s attitude towards them.

[6] Rav Chaim of Volozhin is quoted as saying that a qualified rabbi who, after researching a question, comes to a conclusion different from the Shulchan Aruch and yet defers to that ruling, violates this command. There is no exception in the verse for Rav Yosef Karo. Of course, such qualified rabbis are few and far between.