Sanhedrin 37: The World Was Created for Me 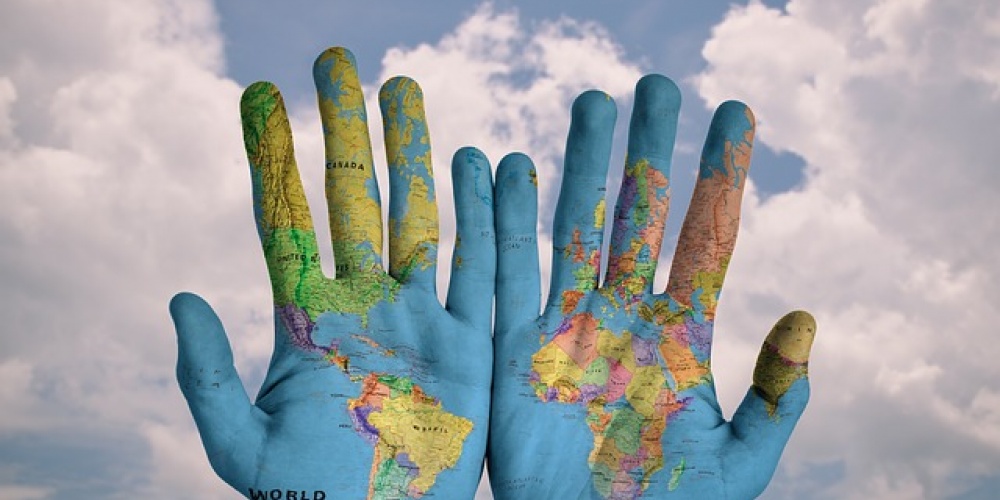 There is nothing more precious than human life. As we discussed in our last post, it is due to the crucial importance of one individual life that man was created alone. Yet there is more to learn from the fact that man, unlike all other creatures, was created alone.

“And for peace amongst the created: that a person should not say my father is greater than your father” (Sanhedrin 37a). It is harder to think of a more important—and more ignored—teaching. Imagine how the world would look if we actually heeded this Divine message! And if the nations of the world do not want to listen to G-d’s message, what excuse do the Jewish people have?

This message is all the more powerful – not that it really needs any more power – when one considers that when G-d was about to create man, He turned to his “partners” and declared, “Na’aaseh adam, let us make man” (Breisheet 1:26), a statement that can easily lead one into entertaining the heresy that there is more than one God. Yet G-d was willing to risk such in order to teach man an important lesson in humility, that one should always consult with others when making major decisions. The fact that a person might say there are two Gods in the world was something the One G-d was willing to risk – but G-d forbid a person should say there are two fathers, and mine is greater than yours. We humans may believe in many gods, but we dare not forget we have only one ancestor. Alas, man has forgotten.

While the lessons of humility must be taught even at the risk of heresy, G-d much preferred we learn about humility without coming to heresy. And that serves as the third reason man was created alone: “so the heretics should not say, there are many domains in heaven.” Precisely because “na’aaseh adam” may lead to heresy, it was imperative that man be created alone. Even if there could be another god, he would not be worth worshipping, as there is only one G-d capable of creating a human. Alas, while more accepted than the teaching about humankind getting along, this, too, is neglected by many.

Thus, we come to our fourth and final teaching as to why man was created alone. “To tell us the greatness of the Holy One Blessed be He; a person makes many coins with a single seal and they are all similar to one another. But the King of kings, the Holy One, Blessed be He, stamped all people with the seal of Adam the first, and not one of them is like another.”

The essence of creation is the expression of our own unique individuality. Giving that up to conform to the crowd is thwarting the purpose of G-d’s creation. It is for this reason that G-d had to disperse mankind when “the whole earth was of one language and of one speech” (Breisheet 11:1). While unity is good, uniformity is not. We are strengthened by interacting with people who are different than we are. In fact, it is a prerequisite for truly growing as a person – and for being able to get along with others.

Similarly, the traditional system of Jewish learning, chavruta study, is predicated on two students debating, at time sharply, with each other as they seek to understand our hallowed texts. As we have been learning in masechet Sanhedrin, a jury verdict is rendered null and void if arguments are not presented for each opposing side. Conformity is the enemy of greatness; take a look at the greats of history, both Jewish and not, and you will see people who thought and acted independently, who were even revolutionary. They were often met with fierce opposition, and had they succumbed to the will of others, humanity would be greatly impoverished.

So important is our own unique individuality, the Mishna continues, that “each and every one must say ‘the world was created for me’”. It is hard to imagine a more powerful, inspiring and uplifting teaching than the fact that G-d created the world for me, Jay Kelman. He created the world for you, too, but that is for you to say.

The more one feels empowered, the more one aspires to accomplish. And there is nothing more empowering than knowing that the world exists because of me. At the same time, since the world was created for me, I am responsible for the world. As our rabbis teach, and Maimonides quotes in Hilchot Teshuva (3:8), we are to see every one of our actions impacting on ourselves, our communities, and the world at large. Alas, too many fail to express their individuality, fearing to be different, preferring to blend in with the crowd. They may feel they are playing it safe, but they are thwarting the purpose of creation.

After hearing this exhortation from the court, and knowing that a harsh cross-examination is to follow, the witnesses are liable to say, “For what do we need this pain?” This is a very understandable approach – how many of us like jury duty? – but one specifically rejected by the Torah: “and if a person sins…and he is a witness…if he does not say so, then he shall bear his iniquity” (Vayikra 5:1).

The Mishna envisions a second argument where one is concerned that his testimony might be the cause of someone being put to death. This argument also is rejected, as the Mishna quotes the verse, “when evil is destroyed, there is joy[1]” (Mishlei 11:10). The Mishna reflects the human emotions present in witnesses who—for understandable (if not good) reasons—would much prefer to be elsewhere. But alas, sometimes meting out justice depends on us.

[1] This teaching is much different than the teaching of Shmuel haKatan (Pirkei Avot 4:24), that “when your enemy falls, you shall not rejoice.” See here: “Should Jews Rejoice When Their Enemies Fall?”