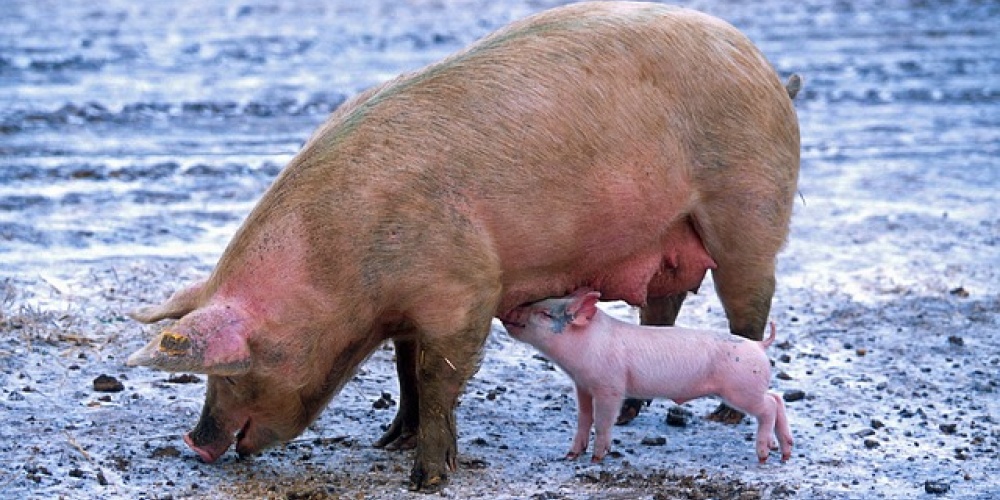 “Rav Nachman said: Those who eat davar acher, the other, are pasul, invalid to give testimony” (Sanhedrin 26b). As is often the case, our rabbis used euphemisms when they did not want to let certain words pass their lips[1]. Davar acher – the English parallel is something along the lines of “it”—was our Sages’ way of referring to pork, the symbol of non-kosher food. (And in Israel today, pork is referred to as basar lavan, white meat, thought the motivation for doing so is very different).

Yet as Tosafot (s.v. Ochlei, davar acher) notes, in this context, davar acher cannot be referring to pork. There is no reason for the Gemara to specifically mention the eating of pork as a separate disqualification especially as just a few lines later, the Gemara notes that ochlei nevelot, those who eat non-kosher food, cannot be witnesses. Moreover, the Gemara rules that haochel davar acher is only invalid if he does so in public, but if he does so in private, his testimony would still be accepted. If davar acher really meant eating pork, such a distinction makes little sense. It makes little difference whether one eats pork inside or out. Tosafot thus says that Rashi’s explanation—that in this context, davar acher refers to those who accept charity from non-Jews—must be the correct one.

This is quite a startling notion. Yet as Rashi explains, it is a chilul Hashem, a desecration of the name of G-d, when one beseeches a non-Jew for help. Doing so brings our community into disrepute by indicating that we are forced to rely on those outside our community for help. And one who causes a chilul Hashem is, Rashi notes, a rasha, a bad person, disqualified from testifying in a court of law. If done privately, the chilul Hashem is greatly diminished, if not eliminated, and such a person is not stigmatized as a rasha.

The above holds true if, and only if, the Jewish community is there to help. And how could they not be? As the Rambam notes: “We must be more careful regarding the mitzvah of tzedakah than any other positive mitzvah, for tzedakah is the sign of the righteous, the children of Abraham” (Matanot Aniyeem 10:1). Surely when a Jew is in need, it is the Jewish community—the children of Abraham, Isaac and Jacob—who can be counted on to help. If, however, the community abdicates its responsibility and the poor person has no choice but to publicly ask for help outside of the community, it is the community that is desecrating the name of G-d; but the person himself remains a valid witness.

While I can understand why the eating of pork is referred to as davar acher, what is left unexplained is why use this term in reference to taking tzedakah from non-Jews. Clearly, our Sages wanted to equate the two. All, even non-Jews, understand how un-Jewish it is to eat pork. And many who do not keep kosher still refrain from eating pork products. Relying on others for our needs is just as non-kosher.

While there are hundreds of non-kosher animals, it is the pig that is the symbol of non-kosher food. On the surface, this seems like an odd choice. After all, the pig is what we might call “half-kosher” (though no one would call it “kosher style”) as it does have split hooves, one of the two symbols necessary to declare an animal kosher. In fact, it is the only such animal. The camel, the hare and the hyrax – the other three animals with only one kosher sign – chew their cud but do not “look” kosher, lacking split hooves as they do. It is precisely because on the surface the pig appears to be kosher that it is the “most non-kosher” of all foods. We must dig a bit deeper, disregarding the externals, to discover its true nature.

So, too, on the surface, there is little wrong in Jews asking non-Jews for their basic needs. Do we not want all to give generously? If a non-Jew wants to help a poor Jew, isn’t that wonderful? While the answers may be yes and yes, such is irrelevant. It is most degrading to have to receive charity – and both the daily amidah and birchat hamazon contain prayers that we should not need help from others. And it is doubly degrading when Jews are forced to beg those outside our community for help.

It such was true in Talmudic times, how much more so is it true today? We live in the wealthiest Jewish community in history. If everybody did their part—and tzedakah is an obligation incumbent upon all—the needs of the Jewish community would easily be met. If we as a community can’t meet all our needs, then there is something pasul, invalid, about our method of operation.

A full application of this Talmudic teaching to a modern-day democracy is not a simple task. As tax-paying citizens, there is no reason for Jews or Jewish organizations not to receive their equitable share of government funding. This is especially true as religious identity, in theory, is of no significance, at least from a public perspective. These monies are not given to Jews as Jews, but as citizens of the State. There is no reason a social service agency servicing mainly Jewish clients should not apply for government funding. And surely, if Catholic schools are publicly funded (as they are in Canada), it would be discriminatory not to fund the general studies curriculum of Jewish (and other religious) schools, as is the case in Ontario.

Yet at the same time, there is more than enough wealth in the Jewish community to fund our own needs. It may not be “fair” from a democratic point of view, but the obligation of the Jewish community to ensure free (that is not a typo) education for all has been a moral, legal and religious obligation at least since the time of Yehoshua ben Gamla, who served as high priest during the waning years of the Second Temple (Bava Batra 21a and see here for further discussion).

Our tradition teaches that “one should fleece carcasses in the public square” (Pesachim 113a) rather than accept charity from others, and that includes other Jews. Instead, we must give to others – and that includes non-Jews. “We [are obligated to] support the poor of the idolatrous with the poor of Israel” (Gittin 61a)

Our community is blessed with unparalleled wealth, as well as many wonderful ba’alei tzedakah who do so much to help the needy. Nonetheless, when it comes to a Jewish education, even the upper middle class—who work at jobs much more lucrative than fleecing carcasses—can no longer afford the costs of a day school education. Many have dropped out at a catastrophic cost to the Jewish people, while others have limited family size at a cost no less catastrophic.

Let us recall the next halacha of the Rambam: “Leolam, through eternity, one will never become poor from [giving] tzedakah; and nothing bad and no damages [happen] because [one gives] tzedakah.”