Sanhedrin 17: Where Should We Live? 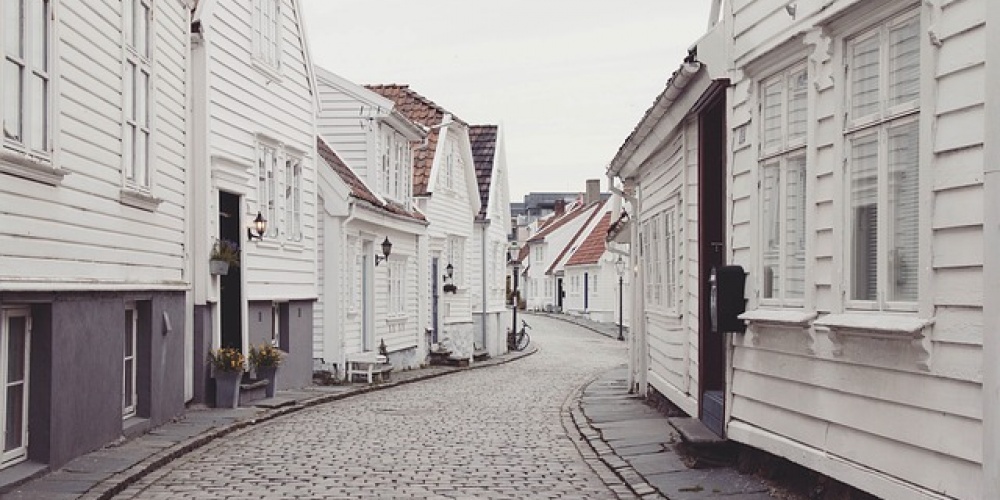 Marshall McLuhan, the insightful Canadian philosopher, noted that with the rapid advances in technology and communications, we citizens of earth were living in a global village. If this was true in the 1960s when he coined the term, then today we might be living in the same room, as we can literally view almost anything, anywhere, anytime. Our global village allows one to live on one continent and to work in another[1], shop at stores half a world away (from places that may not even have a brick and mortar store), maintain friendships despite geographical distance and so much more. It is the only reason you are now reading this devar Torah. One can literally live in the middle of nowhere and, with the click of a button, have food, clothing, or books delivered to one’s abode as one goes to work online[2]. For better or worse (and it is often for worse) no longer is there a need to be in close proximity to those with whom we interact.

Of course, such was not always the case. In Talmudic times, there was precious little one could do in isolation – including study. With the printing press more than 1,000 years away and books as rare as gold, and with the notion of a telephone not yet even science fiction, one had to ensure all of one’s needs were well within walking—or at least galloping—distance. Living in a tiny village, a kefar, meant travelling to the nearest city to have many of one’s needs met. The Jewish courts would sit on Mondays and Thursdays (Ketubot 2a) precisely because those were the days that the villagers came to town. And those who lived in small towns had a responsibility to each other that today would be beyond the comprehension of most. Thus, for example, one was not allowed to leave town to visit the family for Rosh Hashanah if such meant that there would be no minyan left in town. One was to choose one’s place of residence wisely.

“Any ‘city’ that does not have these ten things, a Torah scholar[3] may not live there: a court that hits and punishes” (Sanhedrin 17b). A fair and objective justice system is the cornerstone of society; without it, society cannot function and is doomed to destruction. “Rabbi Chanina, the Deputy High Priest, says: Pray for the welfare of the government, for were it not for the fear of it, man would swallow his fellow alive” (Avot 3:2).

Next on the list of city requirements is a kupat tzedakah, a charity fund. A society that does not take care of the poor and vulnerable is one not worthy of survival. It resonates with echoes of Sedom and one must stay far away.

A kupat tzedakah must be managed with great care. When it comes to money, we should trust no one—all are tempted by money, and it is the very few who can totally avoid cutting corners (or worse) if given the opportunity. For good reason, our Sages ordained that the collecting of tzedakah monies had to be done by two people, and that the money collected had to be distributed by three people (Bava Batra 8b). Without these internal controls, the integrity of the system would be in doubt.

It is little wonder that these two qualities, tzedakah u’mishpat, are the first to look for in choosing a place to live. These are the two reasons G-d chose Abraham to be the founder of the Jewish nation: “For I have singled him out, that he may instruct his children and his posterity to keep the way of the Lord by doing tzedakah u’mishpat, what is just and right, in order that the Lord may bring about for Abraham what He has promised him” (Breisheet 18:19).

Next follows a list of the required items to fulfil the spiritual and physical needs of the community: a shul, a bathhouse and a washroom. It is not enough, notes Rav Yaakov Emden living in 18th-century Germany, to have a private bathroom next to one’s home, “as we have in our lands” but a washroom must be provided for “the public who pass in the streets, or for those whose home is small and who have no room to build one, as is the case for most Torah scholars”.

The last five requirements address the spiritual and physical needs of the individual: one must live in a city that has a doctor, a blood-letter, a shochet, a scribe and a teacher of children.

Rabbi Akiva adds that one should only live in a city that has a variety of fruit, because “they enlighten the eyes”. Whether Rabbi Akiva is referring to the desirability of having many different kinds of fruit available for health reasons—the eye being a symbol of good health—or whether he feels that it is important to have fruit trees for their aesthetic value is unclear; lacking either is reason enough to search for another locale.

Choosing a place to live is one of the most important decisions one makes – no less today than in the past. We are products of our environment, and we must choose the environment that allows, supports and encourages both our physical and spiritual wellbeing.

It was only in such an environment that a Sanhedrin of 23 people, or even a court of three, could function. And with this teaching, the first chapter of masechet Sanhedrin comes to a most appropriate close. Our leaders—and members of the court were our spiritual leaders—must inspire us with their integrity, pursuit of justice and most importantly, their pursuit of peace, bringing any and all disputes to a proper resolution. But we, the community, must provide the infrastructure to allow that to happen.

[1] With millions of people living in one time zone but working in another, it is might be worth re-examining the times when one may daven. Should someone who is physically located in California but works in New York still have to wait for sunlight before he can daven shacharit? Add in those views that streetlights count as light, and no longer does time of day matter much—something many of us already experience.

[2] Questions as to whether one who is travelling and can only say kaddish via a live-streamed minyan, or can only listen to the Megillah online, have no simple answers and the issues go far beyond technical halacha. One of the early iterations of this question was whether one who could actually visit in person could fulfill the mitzvah of bikkur cholim or nichum aveilim with a phone call.

[3] Why such applies only to a Torah scholar is not clear; the requirements that follow would seem to be necessary for all. Perhaps our Sages exempted the average person from these requirements as they understood that for many, living in such underdeveloped towns was necessary in order to make a living.