Sanhedrin 14: I Want a Real Rabbi 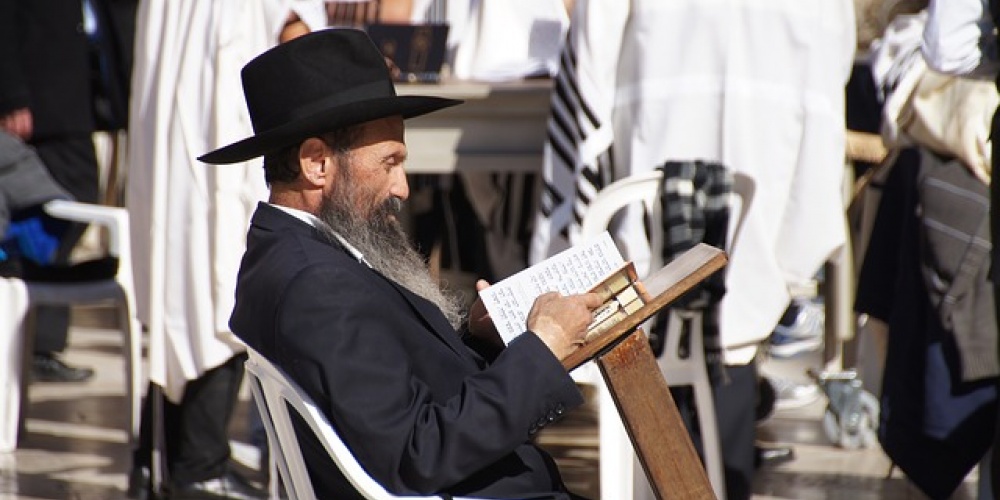 One of the fiercest debates in medieval Jewish history was engendered by the attempt to reinstate full-blown semicha, rabbinic ordination, by Rav Yaakov Beirav in the 16th century[1]. This “real” semicha had to be passed down in an unbroken chain from Moshe Rabbeinu, and once the chain was broken, it seemed unfixable. However, the Rambam (Sanhedrin 4:12) argues that if the Sages of the generation agree to grant semicha they may do so, linking our rabbinic ordination to that given by Moshe to Yehoshua. It was based on this Rambam that Rav Yaakov Beirav reinstituted semicha.

The historical impetus for this push seems to have been two separate but related factors. Coming on the heels of the expulsion from Spain—seen as the greatest tragedy since (and perhaps including) the destruction of the Temple—messianic hopes were raised, as they always are after tragedy[2]. Establishing a Sanhedrin was seen as a preparatory step towards hastening the coming of the mashiach. In addition, many Marranos who had publically converted to Christianity wanted to return to Judaism. True return, they felt, could only be accomplished by atoning for their sins through lashes administered by a properly constituted Sanhedrin, whose members needed to have the original semicha.

In all, seven outstanding scholars—all living in Tzefat, and the most famous of whom was Rav Yosef Karo[3]—were granted semicha. This was no trivial matter. The granting of semicha allows for the re-constitution of the Sanhedrin itself and all that comes with it: implementation of the laws of torts, criminal law and punitive measures; the ability to make new takkanot, ordinances, and gezeirot, decrees, and repeal others; even the ability to re-interpret biblical verses. In other words, the courts would be able to function as they were meant to, and not in the truncated fashion that they do today.

As you have likely noticed, this attempt to reinstitute semicha did not meet with much success. The opposition was fierce, and at times bitter—and with the death of Rav Yaakov Beirav in 1546, the experiment came to an end. The next major attempt to reinstitute semicha was motivated by the creation of the modern State of Israel in 1948[4]. Only with a Sanhedrin could Jewish law be brought to bear on all aspects of running a Jewish state. Never before had there been a Jewish state without a Sanhedrin.  Lacking one would mean contracting out much of Jewish law to the Turks, British or secular authorities.

As you have likely noticed, this attempt to reinstitute semicha did not meet with much success. Many on both the religious and “secular” sides staunchly opposed—the religious leadership felt that we have no power to do so, and the secular leadership having no desire to do so.

Whatever the reason, there is little doubt that the lack of real semicha and hence, the lack of a Sanhedrin is a great tragedy[5]. We mourn its loss on Tisha B’Av as we recount the death of Rav Yehuda ben Baba, who was killed by the Romans for giving semicha.

When Rabban Yochanan ben Zakkai asked for permission to set up a yeshiva in Yavne, the Romans happily granted his request. They were undoubtedly confident that absent a Temple, the Jewish people would—like so many other nations—soon assimilate and become another subset of the Roman Empire. Some seventy years later, the Romans had “learned their lesson”, realizing that the strength of the Jewish people lay not in Temples and ritual, but in Torah study. The Greeks had failed in their attempt to ban Torah study, something the Romans soon discovered for themselves. Yet they realized that by outlawing semicha, they would destroy the Jewish judiciary and limit the ability of the Sages to fully implement a Jewish system of law. They thus ordained that “whoever performed an ordination should be put to death, and whoever received ordination should he put to death, the city in which the ordination took place demolished, and the boundaries wherein it had been performed, uprooted” (Sanhedrin 14a). And unlike so many other decrees issued by those who sought to destroy Judaism (and sometimes the Jews themselves), this one actually worked.

But the Jewish people did not go down without a fight. “What did Rav Yehuda ben Baba do? He went and sat between two great mountains, and between two large cities; between the Sabbath boundaries of the cities of Usha and Shefaram, and ordained five elders: Rav Meir, Rav Yehudah, Rav Shimon, Rav Yossi and Rav Eliezer ben Shamua'. Rav Avia adds, even Rav Nechemia” (Sanhedrin 14a).

Had maintaining semicha not been of vital importance, Rav Yehuda ben Baba would not have been allowed to risk his life in order to preserve it. Becoming a rabbi is not one of the “big three” mitzvoth (adultery, idolatry and murder) for which one must forfeit one’s life. However, the granting of semicha is not just a regular mitzvah – in fact, there is no actual mitzvah to grant semicha. Rather, it is the prerequisite to fully passing down Torah from one generation to the next[6].

And in fact, it did cost him his life. “As soon as their enemies discovered them, he [Rav Yehuda ben Baba] urged them: 'My children, flee.’ They said to him, 'What will become of thee, Rabbi?’ Being too old to flee himself, he responded that he would ‘lie before them like a stone that has no one to turn it over’”. As the Maharsha explains, Rav Yehuda ben Baba accepted his fate with love—just as a stone has no feelings, he, too, felt no pain over forfeiting his life for such a noble cause. “It was said that the enemy did not stir from the spot until they had driven 300 iron spear-heads into his body, making it like a sieve[7].”

In an early kinnah (11) read on Tisha B’Av, the paytan, liturgical poet, describes how Yoshiyahu, the last righteous king of Judah, was killed with 300 spears piercing his body. His death marked the beginning of the end, with the destruction of the Temple and the exile soon to follow. In many ways, the end of semicha marked the last stage of the exile.

May we soon merit the resumption of semicha and the complete redemption of the Jewish people.

[2] Two more recent examples are the Shabbtai Tzvi disaster of 1665-5 following on the heels of the Chmielnicki massacres of 1648, and the messianic fervor [foolishly] practiced by many today in the shadow of the Holocaust.

[3] In fact, this was one of the major impetuses for his writing the Shulchan Aruch, seeing it as the “constitution” of the new Jewish State.

[4] I do not include the Sanhedrin convened by Napoleon in Paris in 1807 to answer questions regarding the relationship between Jewish law and that of France. This Sanhedrin was forced upon the Jews and its goal much different than a classic Sanhedrin.

[5] The fact that many do not see it as such is a tragedy unto itself.