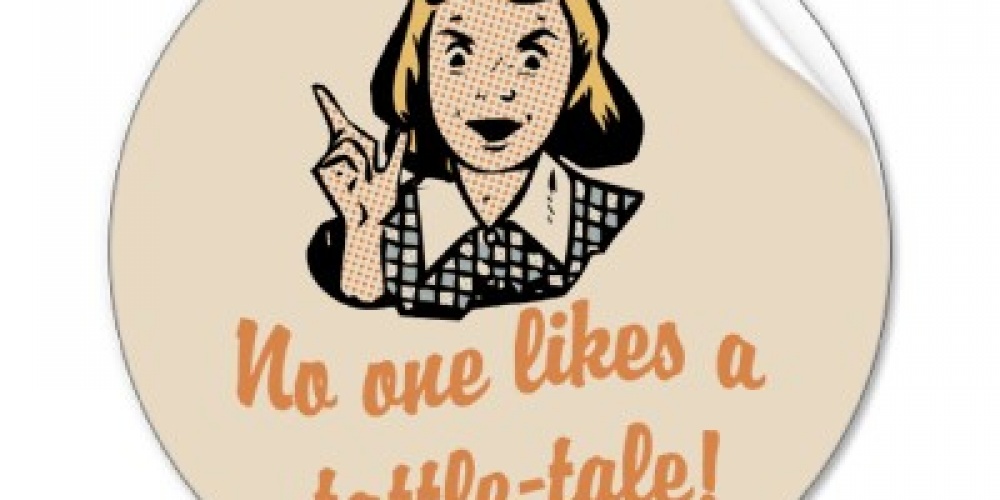 In our last Daf Yomi Thought we spoke of the three people whom G-d loves. However, there are those whose actions are such that G-d actually hates them. "Three the Holy One blessed be He hates: one who speaks one thing with his mouth and another with his heart; one who knows [favorable] testimony on behalf of his friend, yet does not testify for him; and one who sees a friend engaged in illicit activity and testifies alone" (Pesachim 113).
Not surprisingly, all of the above relate to the mistreatment--one might say stabbing in the back--of our fellow man. G-d is very tolerant of sins against Him, "even when they are impure the Divine Presence dwells amongst them" (Yoma 56b). But sins against His creations, those created in His image, is another matter.
"And they could not speak to him in peace" (Breisheet 37:4). Oh, how the brothers hated Yosef: "and they hated him even more" (v.5). Yet they were honest about it, and did not put on a "smile offensive" to pretend they could be at peace with him. "From their denigration, one learns their praise; for they did not speak one in mouth, and another in the heart" (Rashi). Except under rare circumstances, it is terrible to hate a fellow human. It is even worse to be dishonest about that hatred.
Tellingly, the Biblical prohibition of hatred is violated only if one "hates his brother in his heart" (Vayikra 19:17). If one speaks to those whom one hates, there is hope for reconciliation. But if the hatred remains inside, it will remain forever.
From hatred, we move to indifference, something that is not much better and can be even more dangerous. While one may fight against hatred, fighting indifference can be much harder. To be indifferent is to ignore the pain and calls for help of others and, in its most extreme form, is what allowed the Holocaust to happen. It is true that going to court is a pain, and cross-examination is no fun. And the Mishnah (Sanhedrin 4:5) recognizes that a potential witness is liable to ask, "Why for us is this pain [of testifying]?" Yet it is our duty to extend ourselves, to help someone who really needs us: "And he is a witness, or he saw or heard and does not tell, he shall bear his iniquity" (Vayikra 5:1).
And how doubly tragic it is when one will not testify when one should,yet runs to testify when it is inappropriate. Jewish law requires two witnesses for a conviction. Giving testimony requires one to engage in lashon hara, and the exhortation to "judge one favorably" is not operative in a court of law. This is an unfortunate but absolutely necessary component of administering justice. But to do so when you are the only witness is nothing other than a display of petty hatred, besmirching someone's name for no good reason[1]. And that is most deserving of hatred.
The Gemara relates how Tuvia sinned and Zygud went to testify against Tuvia. Rav Pappa immediately gave him lashes. Zygud complained, "Tuvia sins, and Zygud is punished?" Rav Pappa answered, "Absolutely; the verse says, 'one witness shall rise up against a man for any iniquity or sin' (Devarim 19:15) and you testified alone; you merely bring him into ill repute".
It is, to my mind, fascinating that the "sinner" in our story is Tuvia, a name that is a composition of the words tov and yah, good and G-d. Sinning is part of life, and can and should serve as an impetus for improvement. If we do not fail, we will never achieve greatness. The "do-gooder" reporting all evil, regardless of the consequences, has some obscure name which (to the best of my knowledge) has absolutely no meaning. Better to be a good sinner than a bad reporter.
[1] The laws of lashon hara allow, nay, require, that one speak up--alone if need be--if that is the only way to prevent harm being done to another in the future. But testifying about the past serves no purpose unless a conviction is possible.
Thoughts from the Daf
Pesachim
witness testimony
Tuvia and Zygud
smile offensive
Rav Pappa
pesachim 113
hypocrisy
daf yomi