No Time to Waste: Yevamot 29 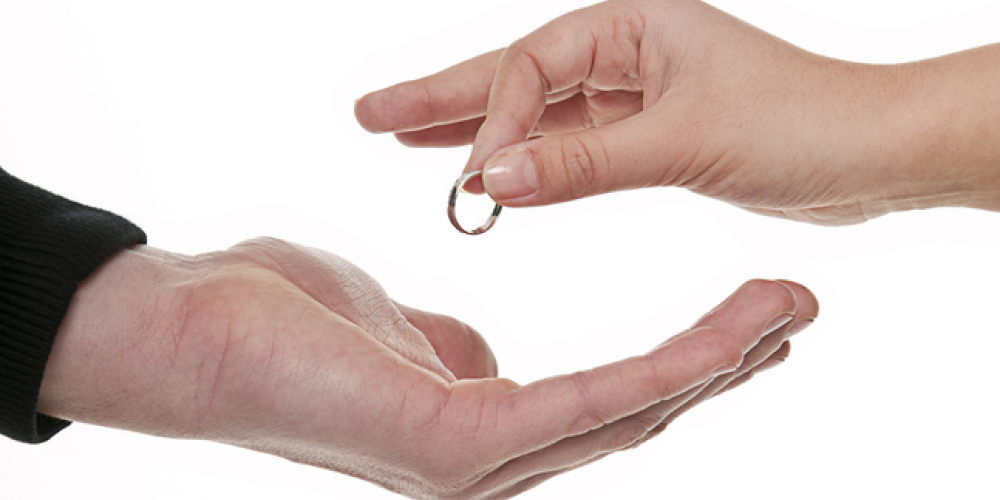 "Whoever starts in a mitzvah, we tell him to finish"; "a mitzvah that comes to your hand, do not let it wait". These and other similar sentiments express the view of our Sages that one must take advantage of an opportunity for a mitzvah without delay and complete the task at hand. This is not only a moral exhortation to complete our duties, but can have legal consequences.

The Torah's laws of marriage are presented in a most unusual fashion, not independently, but as the "introduction" to the laws of divorce. "When a man takes a wife, uvea'alah, and has relations with her, and if it is that she finds no favour in his eyes, because he found some unseemly thing in her, and he writes her a bill of divorcement...(Devarim 24:1). The text presents only one method of marriage, that of sexual intimacy, uvea'alah[1]. It is based on Biblical exegesis that the two other methods of legalizing marriage are derived. As the Torah details the laws of marriage and divorce in the very same verse we are to learn that many of their laws are similar. The Torah term for a writ of divorce is a sefer krittot, a book of separation; just as a divorce is effectuated through writing, so, too, may one get married with a written document (Kiddushin 5a) [2].

The universal method of marriage, kesef, when the husband gives something of monetary value--the universal custom being a ring--to his wife, is derived by a gezeirah shava, where a similar phrase found in two disparate parts of the Torah hint to a linkage between the two. The phrase ki yikach (Devarim 24:1), "he shall take", is sufficiently similar to kach[3], "take", the phrase we read this week regarding Abraham's purchase of a burial plot for Sarah (Breisheet 23:13). And as that burial plot was paid for with money, our Sages derive that one may get married through the medium of money.

This is fine for a "regular" marriage. However, when it comes to yibum we are dealing with a most atypical marriage--one that is normally prohibited, and is allowed only due to tragic circumstances. We no longer have the context of divorce nor a gezerah shava allowing money. All we have is the verse yevama yavoh aleha (Devarim 25:5), "the yavam (brother-in-law) shall come unto her", i.e., sexual intimacy. Only by such is the couple biblically married.

However, our rabbis instituted a notion of ma'amar where the brother-in-law, as a first step in the process of marriage, gives his wife-to-be something of monetary value. This extra step is the background to the following Mishnaic debate (Yevamot 29a).

Two brothers married two sisters. One of the brothers died and a third brother did ma'amar, but did not yet consummate the marriage. The second brother then died, meaning his widow should also need yibum (or chalitzah). Yet as we learned in the first Mishnah of the masechet, one may not do yibum--nor is there a need for chalitzah--in a situation where it would lead to a man being married to two sisters. However, such is the case only if the third brother is, in fact, legally married to the first sister; whether ma'amar qualifies as such is subject to debate in our Mishnah. Beit Shammai argues that ma'amar creates a full marriage bond so that when the second brother dies, there would be no need for yibum or chalitzah with his widow, as she is his current wife's' sister. "His wife (the first sister) is with him, and she (the second sister) goes out because she is the sister of his wife".

Beit Hillel, however, says not so fast. Ma'amar, being of rabbinic origin, cannot create a complete legal relationship of marriage between the couple. But it can create an incomplete marriage bond. This bond is strong enough to preclude yibum with a second sister, but not strong enough to allow her to marry without the benefit of chalitzah.

Furthermore, and perhaps tragically, he cannot complete yibum with the first widow either. As ma'amar does not create a full legal marriage, in actual fact we are dealing  with a case of two sisters in need of chalitzah at the same time--in which case one can marry neither. So he must do chalitzah for the first widow also. And yet ma'amar created a bond strong enough that he must also give a get, a bill of divorce. As the Mishnah describes, "oi lo, woe to him for his wife and woe to him for his wife's sister".

Creating a situation of limbo where one is quasi-married can lead to little good. We have a related notion regarding the original custom of waiting up to year between eirusin, the legal engagement of a couple, and nisuin, the actual marriage. Having someone legally engaged (on a biblical level) but forbidden to live with their future spouse served little good, and today, the two ceremonies are done back to back under the chuppah.

[1] Most English translations of the Bible translate ubea'alah as "marries or possesses her". The translation above follows that of Unkelus, and is the way our Sages understood the verse.

[2] This is not to be confused with the ketuba, which is the pre-nuptial agreement spelling out the financial protection offered to the wife. A marriage document--something I have never seen or heard of anyone actually doing--would entail the husband handing to his new wife a piece of paper signed by two witnesses stating harei at mekudeshet li k'dat Moshe v'Yisrael, "behold, you are betrothed to me according to the laws of Moses and Israel". One would, of course, leave out the expression b'taba'at zu, "with this ring".

[3] This use of gezeirah shava is rather unusual. Apparently, our Sages wanted to link marriage and burial; as R. Shimshon Raphael Hirsch explains, when we marry, we commit ourselves to caring for our spouse for the rest of our lives and beyond.