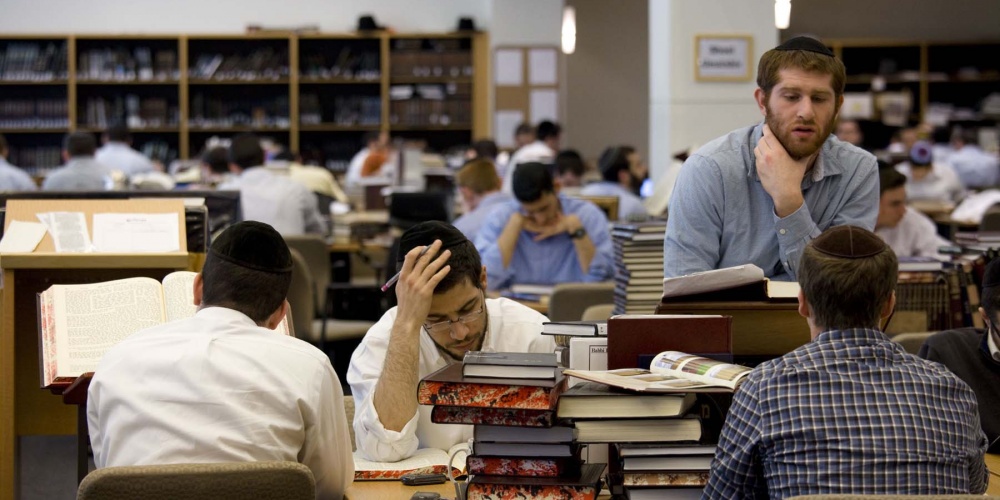 "Talmud Torah kneged kulam" (Mishnah Peah 1:1). This teaching is generally understood to mean that the study of Torah is equal to all other mitzvoth combined. The reason this is so is because the study of Torah "leads to action" (Kiddushin 40b), making the study of Torah both an end in itself as we explore the manifestation of the Divine in this world, and a means to the end of mitzvah observance. Without study, we cannot properly observe.
Yet the word kneged actually translates literally as "against," or "in opposition to." Thus, the Netziv explains that ezer knegdo, usually translated as "helpmate," actually means that the role of the wife (and for that matter, the husband) is, when need be, to be in opposition to a spouse (Haemek Davar 2:18). We help people best when we offer constructive criticism, telling our loved ones the mistakes they are making.
In a similar vein, Rabbi Eliezer Fleckeles, in his introduction to the second volume of his responsa Teshuva Meahava[1], turns the understanding of the verse shiviti Hashem lenegdi tamed (Tehillim16:8) on its head. Instead of following the standard meaning that we must constantly have the image of G-d before us, he explains that we should view G-d as being against and distant from us. This is meant to motivate us to strive to get closer to G-d. We must move from being kneged, against G-d, to be being kneged, next to G-d.
Applying this meaning to the mitzvah of Talmud Torah, our Sages wish to teach the potential danger of Torah study, so that it will not be "against" all other mitzvoth. Often it is precisely those who learn much Torah who feel they are exempt from other mitzvoth. Nothing could be further from the truth[2].
"Rav Yossi says, whoever says they do not have Torah, they do not have Torah" (Yevamot 109b). As such is rather obvious, the Gemara explains that the statement should read, "whoever says he has only Torah, i.e., he studies but does not practice, he has only Torah". This, too, is rather obvious, leading the Gemara to explain, "even Torah he does not have[3]". This, Rav Pappa explains, is the meaning of the verse "that ye may learn them, and observe to do them (Devarim 5:1)--whomever is [engaged] in observance is [also regarded as engaged] in study, but whosoever is not [engaged] in observance is not [regarded as engaged] in study".
The study of Torah is perhaps the most sublime activity we, as Jews, can engage in. It is, as we classically understand it, kneged kulam, equal to them all. But woe unto us if Torah study becomes an academic discipline divorced from life around us. Torah is first and foremost our instruction guide for life. We must be able to say we have both "Torah [study] and action".

[1] I saw this quoted on the first page of the Nishmat Avraham, Rabbi Abraham Abraham's modern-day classic on halacha and medicine.

[2] While from a technical and mostly theoretical point of law, there are times when Talmud Torah exempts us from other mitzvoth, such is only the case when someone else can do the particular mitzvah, so why interrupt one who is studying (Moed Katan 9b)? Absent that condition, unlike other mitzboth where we say one who is involved in a mitzvah is exempt from [another] mitzvah, such is not the case for those invoked in Torah study. Torah study must be interrupted so that we may do mitzvoth.

[3] According to classical Jewish law, one who learns for academic interest only should not be taught Torah, a view most strongly implemented by Rabban Gamliel, whose exacting standards kept many away from the Beit Midrash (Brachot 28a). Today it is understood by most that we must teach Torah to all who will "come and hear", regardless of motive. That is the best path towards converting study to action.
Thoughts from the Daf
Yevamot
daf yomi
yevamot 109
does Torah study exempt from other mitzvot
Rabbi Eliezer Fleckeles
Haemek Davar
Teshuva Meahava