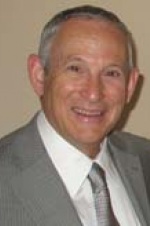 Marty Lockshin studied at Yeshivat Mercaz Harav Kook in Israel and received rabbinical ordination.  He also holds a PhD in Jewish Studies from Brandeis University.  He has written widely, mostly about the history of Jewish Bible commentaries, and about Jewish-Christian polemics and cooperation.   His major works are a translation and annotation of Rashbam’s Torah commentary into English, and an extensive annotation of Rashbam’s Torah commentary in Hebrew.  He has the rank of University Professor at York University in Toronto, where he has worked for 38 years.  He is the founding rabbi of the Toronto Partnership Minyan and has served as halakhic advisor for a number of partnership minyanim in the United States.  Marty and his wife, Ruth, recently made aliyah and live in Jerusalem.