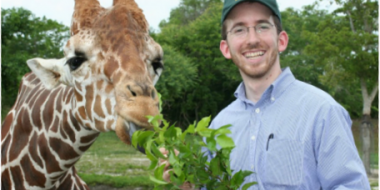 Victoria Falls in Zimbabwe and guided walking tour of Victorai Falls, one

of the seven natural wonders of the world.

First stop is the Big Tree – a massive baobab many hundreds of years old with a girth of some 22 metres.

Tour to Chobe National Park in Botswana. Cruise on the Chobe River where you should see elephant, crocodiles, pods of hippos and other game species coming to drink and bathe in the river, as well as many bird species.

Game drive in open vehicles into the Chobe National Park, with a chance of spotting lion and buffalo as well as numerous plains game species.

Cable-car ride up Table Mountain (weather permitting) and then a trip to the winelands.

Museum highlighting the remarkably diverse of architecture in the Cape from the 16th century.

Visit Spier to see the eagles and other birds of prey

visit a kosher winery for a tour and tastings.

The Marais Road synagogue is spectacular, and features a choir.

Duiker Island, to see the mass of seals (optional and weather permitting).

Simonstown a naval base (time permitting)

early start for the morning game drive into the African bushveld.

Cambanos, the best place to buy all those souvenirs for your friends and family.

You’ll be returned to ORTIA.  Check in for the return Trans-Atlantic flight.

"I found the trip fabulous--the accommodations everywhere, the food, the guides were all excellent. I am very grateful I was able to attend."
-Pessy Weitzner, Toronto, ON

"What a memorable trip with Rabbi Slifkin bringing a Torah perspective to the animals we saw in their natural habitat…an adventure not to be missed."

"The trip to Africa with Rabbi Slifkin was a once-in-a-lifetime experience. The raw and natural beauty of the  animals and the country we encountered was enhanced by Torah insights, bringing the trip to a spiritual level, as well."