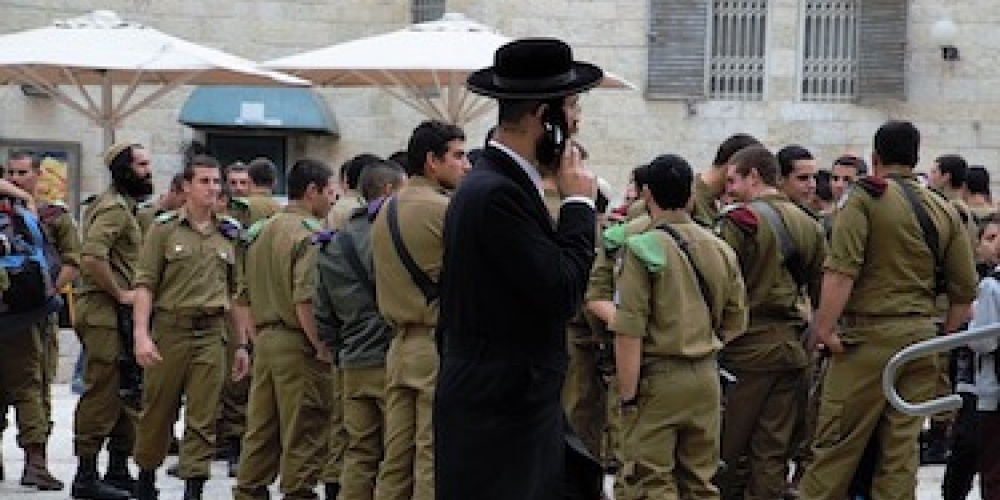 Other than belief in G-d, there is almost nothing in Judaism that is not subject to debate. Does G-d have a body? Should Biblical stories be understood literally? Is the Mishkan (and korbanot) an ideal or a concession to human weakness? What will the Messianic era look like? On and on it goes. And this before we even discuss the thousands of halachic debates that appear on almost every page in the Talmud. The opening teaching of the first Mishna in masechet Brachot is subject to a three-way debate, a harbinger of things to come. While debates enliven page after page of the Talmud, is this how it should be?

The Talmud records two distinct views regarding machloket. The first sees rabbinic debate in a most negative light, a result of students not being completely attentive to their teachers and thus, finding themselves unable to fully understand the subject at hand. The Talmud traces this development to the students of Hillel and Shammai, “who did not serve their teachers fully and the Torah became like two Torot” (Sanhedrin 88b). Rav Ovadiah Bartenura, the most important commentator to the Mishna, notes the teaching of our Sages (Pirkei Avot 5:16) that the debates of Hillel and Shammai—and there were very few of them—are all arguments for the sake of heaven. The Mishna is most precise; the debates of Hillel and Shammai qualify, but those of their students, the members of Beit Hillel and Bet Shammai, do not rise to such a level. Their debates nearly—at least, according to the Talmud in Sanhedrin—tore the Jewish people into two[1].

If Beit Hillel and Beit Shammai do not rise to the level of machloket leshem shamayim, what can one possibly say about today's arguments? Can we even count the number of Torot we now have? We have previously noted that there are those who claim that we have not had an argument for the sake of heaven for many hundreds of years. Being well intentioned, while absolutely critical, is not enough to declare that one is actually acting for the sake of heaven. There is no denying the sincerity of the students of Hillel and Shammai, but nonetheless, the Talmud takes a very negative view of their debates.

Yet this is not the only Talmudic view. “For three years, Beit Shammai and Beit Hillel argued; this one said, the law is like us, and this one said, the law is like us. A heavenly voice came forth and declared that ‘these and those are the words of the living G-d’” (Eiruvin 13b). The Torah is very much a book that acknowledges grey areas, allowing, encouraging and demanding different approaches and views as one seeks to uncover its 70 faces. No one view and no one person can capture all of Torah. Torah needs machloket, and it is through debate that Torah is enriched, thereby allowing us to uncover additional layers of meaning.

However one may resolve these two passages, it is clear that machloket can be both healthy and destructive, and sometimes both at the same time.

A Jew is obligated to study Torah each and every day. Realizing that many might not have the ability, time or inclination to do so, our Sages included sections from the three foundational texts of Tanach, Mishna and Talmud in the siddur itself[2]. Just by davening every day—something even the most ignorant Jews did on a regular basis—we fulfil at least the basic requirement of Talmud Torah.

In choosing a section of Mishna to reproduce, our rabbis had some 525 chapters to choose from, including those that teach the laws of prayer. Yet the rabbis chose a rather obscure chapter, the fifth chapter of masechet Zevachim, Eizo Mekoman, “where is the place [of sacrifices]”? This chapter details where in the Temple each of the sacrifices were to be slaughtered, who could eat them, until when they could be eaten and what was to be done with their blood.

It may be rather obscure, but of the 525 chapters that make up the six orders of the Mishna, it is one of the very few that has no machloket. Eight Mishnayot and nary a word of dispute! We don’t even know who the individual author of each Mishna is, as their teaching reflects the unanimous view of the rabbis. It is this powerful notion of unity that the rabbis wanted to highlight every day of the year. It is precisely because it was the infighting amongst the people that led to the loss of the Temple, that the rabbis chose to highlight the unity surrounding the Temple service[3].

Yet immediately after Eizo Mekoman, we continue with “Rabbi Yishmael omer”, listing the 13 hermeneutical principles of how we are to read between the lines of the Torah. These 13 principles—a notion that itself is subject to debate—are the fuel for Talmudic debate, as our Sages discussed how to apply these and other principles to the Torah text. Even the name Yishmael conjures up images of family dispute.

Unfortunately, while almost all shul-goers recite Rabbi Yishmael daily, many skip Eizo Mekoman. It is not clear how and why this became a norm[4], but it seems to me that such reflects the sad reality of the Jewish world, where we are great at machloket but not so good at unanimity.

[1] It is likely that only the very forceful leadership of Rabban Gamliel prevented a schism. While we often focus on the negative side of his tactics—tactics that got him impeached—it was due to his “aggressive” leadership that he was able to establish, once and for all, that the halacha must follow Beit Hillel. It was this style of leadership that was so necessary after the terrible schisms leading to the destruction of the Second Temple. Let us not forget that his impeachment was only temporary, and he soon returned to his post.

[3] That there are no machlokoot regarding the place of korbanot is most striking when one considers that the first recorded halachic machloket in Jewish history revolved around the question of semicha. Jewish law required that one bringing a korban was to lay his hands on and lean on the korban. For five generations before the destruction of the Temple, the leading rabbis argued whether one was allowed to do semicha when bringing a korban on Yom Tov.

[4] Well, maybe it is clear. Rabbi Yishmael omer is shorter, and before the Kaddish deRabbanan can be said, some learning must be done—so the “custom” developed to skip all the way to the “end” to allow Kaddish. This may be how it happened; but a minhag it does not make.