Yoma 35: Not Such a Good Excuse 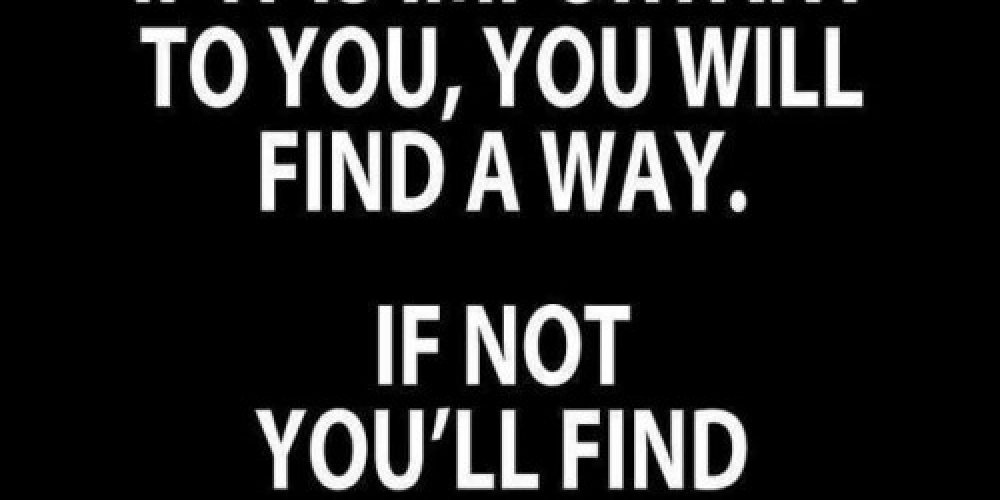 One of the most difficult things for we humans to do is to admit that we are wrong. Even when we know we have acted in ways that leave much to be desired, we are great at offering excuses, rationalizations, justifications, and the like. This is especially so when we are dealing with an act of omission, rather than one of commission. There are always good reasons to explain why we did not do something.

There is little that is more important than Torah study, and one should--nay, must--spend as much of our free time as possible engaged in its study. Our Sages teach (Shabbat 31a) that the second question G-d will place before us after our sojourn on earth is, did we "set aside time for Torah study"? As derech eretz kamda leTorah, basic human decency is the prerequisite for Torah, the first question we will be asked is "nasata v'natata b'emunah", were our business dealings conducted faithfully? Torah study that is not accompanied by ethical excellence is worth little, and may even be counterproductive (see Yoma 86a).

"Our Rabbis taught: The poor, the rich, and the wicked come to judgment. To the poor we say, 'Why did you not engage in Torah?' If the poor one says, 'l was engrossed in making a living,' we say to him, 'Were you poorer than Hillel?'" (Yoma 35b).The Talmud relates both the extreme poverty and tremendous dedication to Torah study of Hillel. When refused entry to the Beit Midrash for lack of funds, he climbed onto the roof so he could hear the Torah of Shamaya and Avtalayon from below, oblivious even to the falling snow.

A similar discussion is held with the rich and wicked.If the rich claim that their enormous responsibilities in managing their wealth left no time for Torah study, they are asked, "Were you of greater wealth than Rabbi Elazar ben Harsom, whose father left him 1,000 cities on the land and 1,000 boats at sea, and each and every day he would take a sack of flour on his shoulder and travel from city to city and country to country to study Torah?"

The trilogy concludes with the rasha, the wicked one. "If he says that he is pleasant and busy with his inclination, they will say to him, 'Were you more beautiful than Yosef?'" The Gemara goes on to detail the persistent and tempting advances of Potiphar's wife, and Yosef's ongoing resistance. The Gemara concludes, "We find that Hillel obligates the poor, Rabbi Elazar ben Harsom obligates the wealthy, Yosef obligates the wicked".

While we can understand that Hillel and Rabbi Elazar take every excuse away from the poor and the rich, it is less clear how Yosef does so for the sinners. After all, the former were poor and wealthy, respectively; but Yosef was a tzadik, so how can he obligate the wicked?

The line between tzadik and rasha is, more often than not, a very fine one. Had Yosef sinned--and many of our rabbis assert that he almost did--he would have lost his stature as a tzadik. The temptations facing the righteous and the wicked are identical; it is our reaction to them that determines into which category we will fall. So Yosef, having faced the same temptations (and even more) than the typical sinner, demonstrates that temptation need not be an excuse for lack of Torah study.

While the Talmud extols the learning of Hillel and Rabbi Elazar ben Harshom, no mention is made of Joseph studying Torah. Rather, he did something even more important than actual study. Yosef lived a life of Torah, exemplifying its values and morals in the real world.

Not all have the capability or intellect to devote time to study Torah. But all can observe the Torah. G-d will call into judgment the poor, the rich, and the wicked, the Gemara begins. And He will ask them why were they were not osek, involved, in Torah. Significantly, the Gemara here does not claim that we will be asked why we did not study Torah, but rather, why they did not involve themselves in Torah.

Some can be involved in Torah by studying, whereas for many others, it is not study that is the focus, but rather communal involvements--following the mode of Yosef HaTzadik, who served and saved not only his community, but the world at large. We may have an excuse for why we don't learn Torah,[1] but we have no excuse for why we are not osek beTorah. Whatever the stage of life we find ourselves in, we can and must be involved in the spreading of Torah and its values.

[1] In today's day and age, where so many have a high level of general knowledge and Torah study is so readily available, it is much harder to justify non-engagement in serious Torah study as compared, for example, to those who lived in pre-war Europe.