Yom Ha'atzmaut: The Most Important Mitzvah 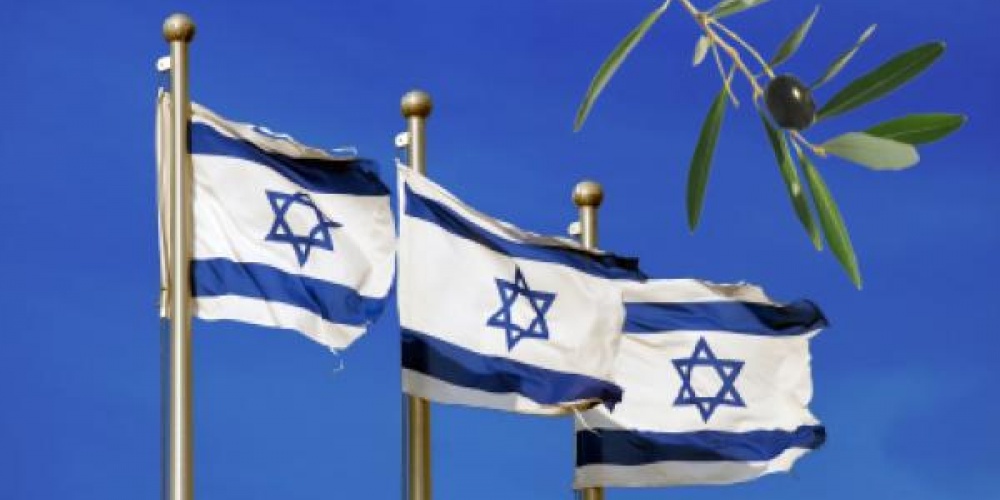 One of the Rambam's principles of faith is the eternity of the Torah. While historical circumstances may prevent the performance of certain mitzvoth, the mitzvah of Talmud Torah encompasses these "theoretical" mitzvoth as we hope that these mitzvoth will soon move from the theoretical realm to the practical.

After close to 2,000 years in exile, mitzvoth that were once dormant have come back to life. The Torah is no longer just a guide for individual living--it is the template for a nation back in its homeland.

Commenting on the well-known midrash that the Jewish people were redeemed from Egypt because they did not change their names, clothes, or language, he notes that these are most peripheral aspects of Judaism--surely much less crucial than charity, honesty, and Shabbat, to name a few of our basic mitzvoth. Yet when living in exile, these peripheral but symbolic "mitzvoth" take on much greater significance. The Magen David the college student wears might be more significant in anchoring him to our people--and preventing intermarriage--than having him participate in a kosher meal plan.

Rav Herschel Schachter, in a most important article on Mitzvah Yishuv Haaretz (written in the 1980s), notes that in our days, the mitzvah of the day is aliyah to Israel. And who could argue with that? While the technical Torah mitzvah to live in Israel is the same today as it was in the 12th century, its practical and historic significance is much greater today. Moving to Israel--as some of the Tosafists did--hundreds of years ago was nice, but had little impact on Jewish history. Today, thank G-d, the situation is very different. Living in Israel means contributing to the growth and development of a Jewish State in so many ways, and contributing to a modern-day miracle of rebirth, renewal, and redemption.

I have often quoted this idea, noting that today's Jewish heroes are those who live in Israel. Moving there is about the greatest mitzvah that one can do today. Yet, in our generation, I would like to suggest that it is an additional imperative.

Thank G-d, Israel is no longer the poor brother of the rich Diaspora Jews. The days of the tent deserts are long gone, and the jokes about the need for a one-day workweek before we can have a five-day one are a thing of the past. Israel is a world powerhouse--and not just on a per capita basis, where the numbers are beyond belief--economically, technologically, militarily; in arts, cuisine, science and agriculture. Israeli products and ingenuity are to be found in all four corners of the globe. And in a huge change, the State of Israel is investing money to support Jewish identity in the Diaspora--whose communities are seeing higher and higher degrees of assimilation. Despite many challenges and much upheaval, Israel has never been stronger.

At the same time all is not rosy and we must focus on the call of Jewish unity. We must be strict regarding Ahavat Yisrael. One of the most famous teachings of our rabbis is that the exile occurred due tosin'at chinam, causeless hatred. Our rabbis were not prophets--prophecy having ended at the beginning of the second Temple era--but one does not need to be a prophet to know that societies crumble from within. If the Jewish people are united, no force can defeat us. And in a second astounding piece, the Meshech Chochmah (Shemot 14:5) notes that our success is assured, even if our unity is centered around idolatry--"He dwells amongst our impurity" (Vayikra 16:16). But if we are beset by infighting, our future success is in doubt--even if we are a most pious generation. Jewish unity--at least, as far as a Jewish State is concerned--is more important that Shabbat, kashrut, mikvah, or Talmud Torah.

Our Sages define hatred as not speaking to one another for a period of three days. We can debate and disagree--such are the signs of a diverse and healthy society--but we must talk to each other, not at each other. The first exile of the Jewish people was a direct result of the fighting between Yosef and his brothers--during which they could not speak to each other. The fact that the brothers felt justified in doing what they did just makes matters worse. Motivation makes little difference when the Jewish people are fighting. It was only at Sinai that we fully corrected that tragic error as we stood to hear the word of G-d, "with one heart, like one person".

Over the last 66 years, all types of Jews have come together to build a thriving State. Ashkenazim and Sefardim, religious and secular, white and black, leftists and rightists, natives and immigrants, and so many more. Many of the deep divisions of the early days of the State have been overcome. On many major issues, there is broad Israeli consensus and much positive work is continuing quietly behind the scenes. And yet deep and painful divisions remain. And we must work hard to overcome them.

I often only half-jokingly (actually, maybe quite seriously) tell my students that the Jewish people are the greatest proof of Darwin's theory of evolution. After 4,000 years, there are only 13 million of us in the world. The vast majority of Jews over these years have assimilated. Those of us left are truly the fittest; "Your nation is all righteous". Let us keep that in mind as we continue to debate the best course forward for the Jewish people. If we do, we can be confident that the greeting for Yom Ha'atzmaut will be soon fulfilled--moadim lesimcha legeulah shleimah.