Toldot: Pray for Others 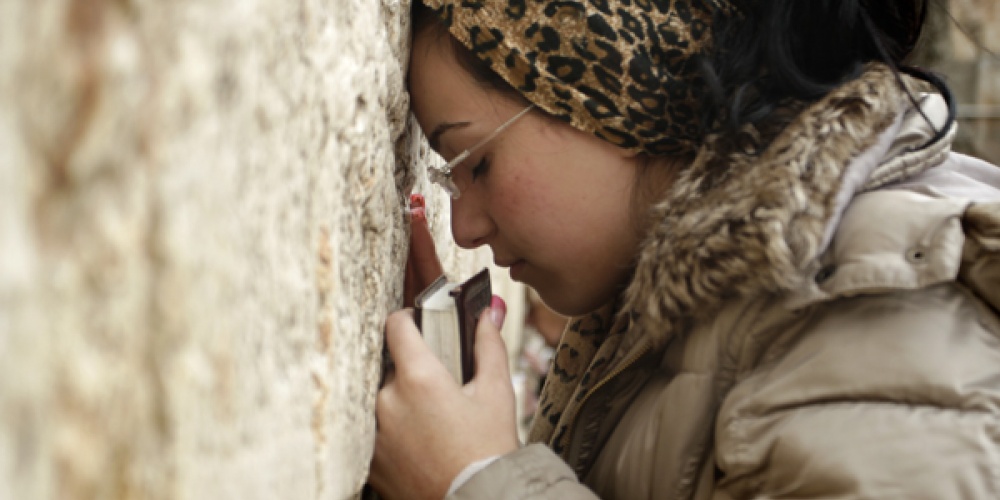 “Rabbi Yitzchak said: ‘Yitzchak our forefather was barren, as it is written ‘and Isaac entreated the Lord lenochach, alongside, his  wife’” (Breisheet 25:21, Yevamot 64a). The word lenochach is often translated as “for the sake of”, i.e., that Yitzchak prayed on behalf of his wife. However, it can be translated as “together”, meaning that just as Rivka was barren, so, too, was Yitzchak; and thus, both Yitzchak and Rivka beseeched G-d for a child. As Rashi notes in his commentary to Chumash, “this one stood in this corner and prayed, and this one stood in that corner and prayed”.

If such is the case, the Gemara then asks, why does the Torah say, “and the Lord let Himself be entreated by him (i.e., Yitzchak)? It should have said them, Yitzchak and Rivka. As the Maharsha so beautifully explains, it is easier to pray on behalf of someone else than it is to pray for oneself. “A person is close to himself”, full of self-bias, making it impossible to fully assess his own needs properly. As our Sages express it, “the one who is trapped cannot free himself”(Brachot 5b). With the essence of prayer being the expression of our needs before G-d, we need others to advocate for us. Man is often paralyzed when faced with his own personal crisis. This, it seems, is the simple explanation as to why Avraham argued so vociferously with G-d to save the people of Sedom, but was silent when told to sacrifice his own son[1].

In addition, praying for the needs of someone else is an act of great chesed. Human nature is such that when we feel a pressing need, we tend to focus on ourselves. Thus, the Maharsha explains, had only Rivka been barren, we would have understood why it was the prayers of Yitzchak praying for his wife that were effective. And it for this reason that both Rachel (Breisheet 30:1, see Rashi) and Sarah (Breisheet 16:5, see Rashi) implored their husbands to pray on their behalf and were angered that they did not.

This is a startling claim. Do not our Sages note, “In the place where the repentant stand, the fully righteous cannot stand[3]“?(Brachot 34b). Should not the prayers of one who rose to great heights despite their upbringing be more praiseworthy? The answers may be yes and yes, but that is not relevant here. The ba’al teshuva may be greater, but prayer is not about who is more praiseworthy.

The Mishna (Ta’anit 2:2) teaches that during a drought, we take the aron kodesh with the sefer Torah to the public square to beseech G-d for rain. “They stood up to pray; they place before the ark an elder, conversant [with the prayers], who has children, and his house is empty”. Our Sages explain that an “empty house” refers to one who “is empty of sin” throughout his life[4].

Having grown up in the house of Lavan, Rivka had much greater exposure to the ways of the world. She was able to develop much greater insight than her husband, whose tremendous piety and more limited life experiences blinded him from seeing evil. Her practical, no-nonsense approach enabled her to see that Eisav was no tzadik and that Yaakov could not permanently dwell in “the tents” and would have to gain worldly experience. She, much more than Yitzchak, saw the world for what it was.

But she could not, nor would she try, to match the spirituality of Yitzchak, the pure one who quietly walked with his father to be sacrificed on the altar. The idea that prayer would one day “replace” sacrifices has its origin in the life of Yitzchak. He would never leave the Land of Israel, the land we turn to when we pray. He was, in the words of our Sages, an olah temimah, a pure offering, dedicating his life to G-d and almost oblivious of the world around him. Prayer was his domain.

It is hard to imagine a couple more different than Yitzchak and Rivka, and it hard to imagine that had they met on their own, as Yaakov and Rachel did, that they would have married. But despite, or perhaps because of, their differences they were able to raise a son who combined the best of the both worlds, and who became the progenitor of the Jewish people.

[1] The teaching of our Sages that it was Avraham who instituted Shacharit is well-known. Less well-known is that our Sages derived this from the immediate aftermath of the destruction of Sedom. Immediately after being told that Lot’s wife was turned into a pillar of salt, “Avraham awoke in the morning to the place that he had stood before G-d (Breisheet 19:27)”. When faced with tragedy, prayer is the natural response.

[2] This is all on a level of derash, additional layers of meaning in the text. The plain meaning of the text is simple. As the text only tells us that Yitzchak prayed, with no mention of Rivka, what else can the text say other than noting that G-d answered his prayers?

[3] While we use the term ba’al teshuva to refer to one who embraced observance only later in life, I do not believe that is what our Sages were referring to. In their world, a ba’al teshuva was basically a religious person who, as all are wont to do, sinned in a particular area and then repented of the sin. The number of those whom we call ba’alei teshuva was probably under 10 from the time of Moshe until the establishment of the State of Israel. My use of the term in reference to Rivka is meant not to describe her religious journey, but to contrast it to that of her father. Growing up in such a home makes her spiritual achievements greater than one who grows up in the house of Avraham and Sarah.

[4] The Sages offer a second explanation that it refers to “one who is empty of money”. It is much easier for the impoverished to pray, and it is those who suffer from great need who are more suited to pray on behalf of the community.