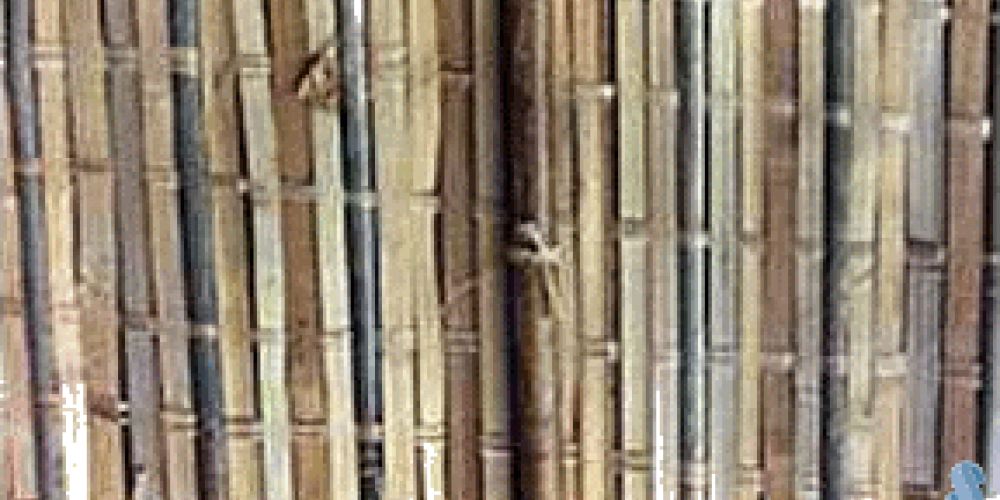 While the Jerusalem Talmud rules that one makes a bracha upon construction of a sukkah (Sukkah 1:2), our practice is not to do so, seeing the making of the sukkah as only a hechsher mitzvah, a necessary (and laudatory) preparatory stage to the mitzvah itself, that of dwelling in a sukkah. When all is said and done, it matters little who makes the sukkah[1]. The Gemara (Sukkah 9b) allows sukkot ganbach and ravkash, acronyms for sukkot made by those not obligated in the mitzvah, i.e. non-Jews, or sukkot made for secular purposes, i.e. one made by workers in the field to protect themselves from the sun. The view of Beit Shammai that a sukkah must be made lishma, with specific intent to fulfill the mitzvah of Sukkah, is rejected.

While one need not build a sukkah[2] with the mitzvah in mind, the sukkah must be built with intent to provide shade. In Talmudic times, it was common to dry bundles of straw by placing them on top of one's "sukkah". Such intent Biblically disqualifies their use as s'chach. The Rabbis forbade the use of such bundles even when placed on top of the sukkah for purposes of shade, fearful that one may then mistakenly use bundles placed on a sukkah to dry.

How one would go about making such a bundle usable as s'chach is a matter of dispute. "Chag hasukkot taseh lecha, you shall make for yourself the festival of sukkot" (Devarim 16:9). The Gemara understands that ta'aseh, you shall make, teaches that one must actively place the s'chach on the sukkah. If one were to hollow out a haystack, such a sukkah would be invalid, because the s'chach[3] was never placed on the sukkah but is a result of digging deep enough.

Where one draws the line between what is considered one's action and something that happens automatically is not always clear. S'chach must grow from the ground, yet be detached from that very ground (perhaps teaching that we are to take that which is natural and transform it as we imbue it with holiness). The Mishnah rules that if one places branches that are still attached to the ground on the roof of the sukkah and then detaches them, such would be kosher for s'chach (Sukkah 11a). However, the Gemara quotes the view of Shmuel that one would also be required to lift up the branches and place them back on the sukkah. Rav disagrees, maintaining that the act of cutting the branches is enough.

The Gemara assumes this to be so from Rav's view regarding tzizit. Here, too, the Torah requires that we make tzizit, veasu lahem tzizit (Bamidbar 15:38). And here, too, there is uncertainty as to whether one must ensure that the tzizit are kosher at the time they are placed in the garment. The Gemara records how Amram Chasidah, when making tzizit  [4],[5] would put one long string into the corner of the garment and only then fold it over (twice) and cut it so that he would have a total of eight strings. Rav ruled that the cutting of the strings was enough to render the tzizit valid. Presumably Shmuel would disagree.

Left unexplained is why the Torah singles out the two mitzvoth, tzizit and sukkah. While I have some possible explanations, I would love to hear yours.

[1] The Netziv, in his commentary to the Sheiltot (#169), notes that since the construction of the sukkah is mentioned in the Torah, it is at least a partial mitzvah (and hence, the discussion if one should make a bracha upon its construction). Other mitzvoth where the hechsher mitzvah is important enough to be included in the Torah include baking matza, writing tefillin and mezuzot, Shabbat preparation, and as noted below, making tzizit. For other mitzvoth, including such as shofar and lulav, there is no special mitzvah to be involved in preparing them for use in the performance of a mitzvah.

[2] As a general rule, only one who is obligated in a mitzvah can be deemed to perform that mitzvah lishma, for the sake of the mitzvah. A non-Jew exempt from mitzvoth is unable to create halachic intent, regardless of his actual intent. He would, for example, be forbidden from writing a get, which must be written lishma. The creation of lishma was one of the issues in the (long-settled) debate regarding machine-made matza, where some argued that such cannot be done by a machine.(See here for a short summary of this debate)

[3] The term sukkah refers only to the s'chach, with the Gemara deriving the need for walls not from the term sukkah, but from extra letters in the word. While there are strict requirements for valid s'chach, "all is valid for the walls" (Sukkah12a).

[4] He would make tzizit for his wife, in accordance with the view of the Sages that tzizit are required to be worn both during the day and night. As the mitzvah is not dependent on time, women would be required to observe this mitzvah. Rabbi Shimon disagrees, arguing that the phrase "and you shall see it [the tzizit]" exempts not the blind, but the wearing of tzizit at night. Thus, tzizit is a positive time-bound mitzvah, and women would be exempt. Jewish law has accepted his minority view as normative.

[5] The reason accepted practice is that women do not wear tzizit--unlike, say, shofar, sukkah, and lulav, which women are encouraged to observe even though they are exempt--is explained by the Ramah (Orach Chaim, 17:2) as follows. Unlike the aforementioned mitzvoth, there is no obligation to actually wear tzizit. If a man is wearing a four-cornered garment, he must attach tzizit,but there is no obligation to wear such a garment. (It is for this reason the custom in many places is that a talit is not worn until one is married.) With men theoretically exempt, it was felt that for a woman to  specifically go out of her way to wear such a garment gave the appearance of religious showmanship. This same fear, known as mechze keyuhara, led many to insist that all but serious Torah scholars tuck in their tzizit.