Some Opening Thoughts on Masechet Megillah 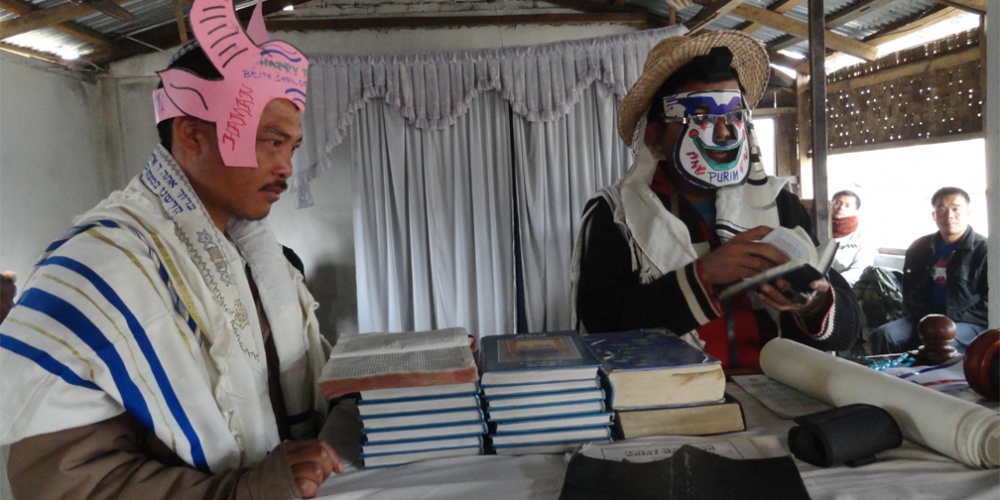 Masechet Ta'anit ends with a description of how, on the 15th of Av and on Yom Kippur, "the maidens of Jerusalem" would dance in the fields, providing a wonderful opportunity to meet a potential spouse. In order to 'level the playing field' between the different strata of society, "all of Israel would borrow [clothes], one from another, so as not to embarrass those who did not have" (Ta'anit 31a).

This is a perfect segue to Masechet Megillah, with its focus on Purim, the holiday that celebrates the coming together of the Jewish people. It is on Purim that we are obligated to send food to one another, and especially gifts to the poor. The unity of the Jewish people is too often an elusive goal; yet, when our enemies aim to "to destroy, to slay, and to cause to perish, all Jews, both young and old, little children and women, in one day" (Esther 3:13), there can be only one response: Jews from all walks of life coming together—"Go, gather together all the Jews that are present in Shushan" (4:16).

Yet coming together does not mean we are to act in unison. "The Megillah is read on the eleventh, twelfth, thirteenth, fourteenth, and fifteenth [of Adar]—no less and no more" (Megillah 2a). The Mishnah describes how there were three different days for reading the Megillah—one for those in open cities, one for those in walled cities, and one for those in rural towns and villages. It is rather striking that Purim, the holiday of Jewish unity, is the one holiday that is celebrated by different people on different days[1]. While the distinction between those living in walled cities vs. open cities is present in the Megillah itself, that of the rural areas is not. As many of these places lacked people capable of reading the Megillah, they would have to travel to the nearest city to hear it. At the same time, many of these people were accustomed to travelling to the cities on the market days of Mondays and Thursdays. The rabbis did not want to burden them with an extra trip to the city just to hear the Megillah, and allowed a special Megillah reading to take place on the Monday or Thursday prior to Purim itself for those who had to travel into the cities on those days. So if the 14th of Adar would fall on a Sunday, those in rural areas would convene in the city for a special Megillah reading on the Thursday prior, the 11th of Adar. What a beautiful display of concern for the unlearned.

The Talmud seeks a textual hint that might allow the Megillah to be read on these extra days, yet can only find such a hint for an extra two days, not three. In an amazing statement, the Talmud asserts that we need no textual hint for reading the Megillah on the 13th of Adar as "it is the time of gathering together the community". On the 13th of Adar—the day Haman planned to wipe out the Jewish

People—they gathered together to fight the enemy and thus, it is obvious the Megillah can be read then. A gathering of Jews in unity is more powerful than any biblical source.

While much of the masechet focuses on Purim, two other themes are the subject of our masechet: the laws of Torah reading, and those relating to the sanctity of a house of prayer. A beit knesset is literally a gathering place for the Jewish people. It is there we come together for the public reading of the Torah—and for many communal functions, something that has been deemphasized in Orthodox shuls of our generation, especially in Israel[2].

Our holidays are a time when Jews come together--in the Temple, in synagogues and at home. It is this coming together that is the strength of the Jewish people.

[1] While Diaspora Jews celebrate a second day of Yom Tov, this is because of the custom that developed due to uncertainty regarding the calendar (Beitzah 4b). Everyone, for example, celebrated Pesach on the 15th of Nissan—many, however, were uncertain which day was the fifteenth, so a second was added.

[2] The recitation of Kiddush in shul on Friday nights reflects the historic role of the shul as a Jewish centre for "room and board" to all in need (Tur Orach Chaim 269).