Sanhedrin 21: What is the Reason? 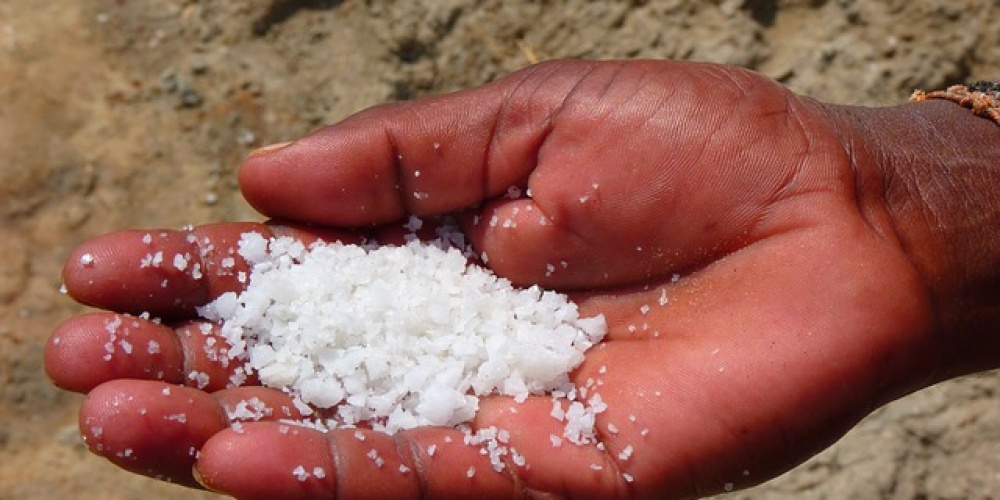 I have long thought that far and away the best introduction to and overview of Judaism is the Sefer haChinuch, the great 13th century Spanish work written anonymously from father to son. Trying to convince his son of the beauty and rationality of Judaism[1], the author summarizes each of the 613 mitzvoth. He gives a brief definition of each mitzvah, some of the basic laws (and where in the Talmud you can read further on each subject) and, perhaps most importantly, a rational reason(s) for each mitzvah – all in about one page per mitzvah, and all in clear, simple Hebrew.

This would serve as a great text for any Jewish high school or, better yet, middle school; and in relatively little time, one would have a broad overview of kol hatorah kula, the entire corpus of Torah. For reasons I cannot fathom, this truly outstanding sefer—which so beautifully explains the whats, wheres, hows and whys of the Torah—is mostly a neglected work, save for serving as a nice bar or bat mitzvah gift.

Of course, many of the reasons are speculative, as it is the rare occasion when the Torah actually gives a reason for the mitzvoth. While we readily understand why we may not steal or we must honour our parents, it is not quite so easy to explain why we may not break a bone of the korban pesach or why all our sacrifices must have salt on them[2]. And we all know that while reasons may be nice, and likely make the mitzvoth more meaningful, at the end of the day they matter little – the commandments of the Torah are to be followed whether or not we know or understand the reason why. Or are they?

While it may come as a surprise to many, the role that should be played by the underlying reasons in modifying mitzvoth is actually the subject of Tanaitic dispute. “He [the king] may not have too many wives, lest his heart go astray" (Devarim 17:17), only up to eighteen[3]. Rabbi Yehudah says 'he may amass more, so long as they do not lead his heart astray'. Rabbi Shimon says, 'even if there’s only one who leads his heart astray, he may not marry'” (Sanhedrin 21a).

The Torah places a limit on the number of wives a king may have so that he will not be led astray. Rabbi Yehudah does allow a king to have more than 18 wives, provided they are pious women who will not lead him astray: “Darshinan taamah de’kra, we derive laws of Torah based on the reasons of the text.” On the other hand, Rabbi Shimon, who caps the limit at 18 regardless of the piety of the wives, apparently ignores the reason for the mitzvah as stated in the Torah. If the Torah limits a king to 18 wives, that is the limit, regardless of the reason.

The Gemara finds this perplexing, not because reasons for mitzvoth may define the parameters of the mitzvah – that such a notion exists is a given – but because these views seem to be reversed regarding the taking of collateral.

“You shall not subvert the rights of the stranger or the orphan; you shall not take a widow’s garment as collateral” (Devarim 24:17). While the Torah does not specify the reason for this particular command, a few verses earlier, we are told that we must return the collateral of a poor person each evening. Rabbi Shimon, working on the assumption that these two laws are connected, argues that while one must be even more careful with a poor widow than others who are poor, and not take a collateral at all, if the widow is wealthy, one would be allowed to take a collateral. Rabbi Yehudah argues that under no circumstances may one take a collateral from a widow; the reason for such a command is not relevant, we must follow the command, period.

The Gemara explains the seeming contradiction as follows: All agree that when the Torah actually spells out a reason for a mitzvah, the reason is part and parcel of the mitzvah, modifying or eliminating it as the case may be. Thus, Rabbi Yehuda allows a king to marry more than 18 wives if there is no fear he will be led astray. When no reason is given – as is the case regarding the collateral from the widow – then Rabbi Yehudah argues that the reason, even assuming we knew what it was, is irrelevant to the performance of the mitzvah.

Rabbi Shimon, however, argues that we must search for the reason and then apply that reason to the mitzvah at hand. Thus, one may take collateral from a wealthy widow. Rabbi Shimon argues that there was no reason for the Torah to specify why a king can’t have so many wives; we would easily have deduced the reason—the fear that he may be led astray by them. The fact that the Torah states the reason actually limits the number of wives a king may have, and teaches that he may not marry even one wife if she will lead him astray. Analysis of the underlying reasons can, at times, lead to more lenient views, and at other times, greater stringencies.

This view of Rabbi Shimon is, as one can imagine, quite radical, and its implications are far-reaching. It could, in theory, allow the consumption of pork – if we were to accept the view of the Rambam that kashrut was instituted as a health measure – and that such is no longer applicable. It might indicate that there is no longer an obligation to have children, as the earth is already “full and conquered[4][5].” As you may have guessed, Rabbi Shimon’s view is not accepted and reasons for mitzvoth, while increasing our understanding and offering much meaning, have little bearing on the performance of the mitzvah itself. Apparently, the Torah generally did not give us the reasons for mitzvoth because the Torah did not want them to impact on mitzvah observance.

It is because the reason for the very last mitzvah in the Torah is in fact spelled out that it is no longer applicable. “And now, write down this song and teach it to the people of Israel” (Devarim 31:19). The Torah instructs us to write a sefer Torah[6] so that we may teach Torah to others. As the Rosh explains, this mitzvah was applicable only as long as it was prohibited to write down the Oral Law, and the Torah itself served as our only written text. However, once permission was granted to write the Oral Law and the Torah was used only for public readings, the mitzvah to write the Torah is fulfilled by owning a library of Jewish books. It is these books, much more than a sefer Torah, that each of us must possess[7].

[1] I recall Rabbi Dr. J.J. Schacter noting that because some kid was going “off the derech”, the Jewish people received one of its greatest gifts.

[2] To very briefly summarize, royalty do not break bones, but rather get a second helping; and on Pesach, we are all royalty. Salt adds taste to food and serves as a preservative, two traits that Torah adds to our life.

[3] While that may be a lot for most, for kings, it was a drop in the bucket.

[4] Demonstrating how difficult this endeavour would be is the fact that this may no longer be the reason we are bidden to have children. While that is what Adam, a non-Jew, was told, it appears that once the Torah was given, the nature of the mitzvah changed, as the focus of the mitzvah to have children is to pass our way of life to the next generation.

[5] Unbelievable as it may seem, the pages of the Shulchan Aruch describe rabbinic views that no longer recommend that we must have children, not because the reason for them may no longer apply, but due to the persecution we have faced. See here for further discussion.

[6] As to why the Torah self-defines itself as a song, see the most beautiful explanation of the Netziv here.

[7] While I do not want to upset anyone, I must say it bothers me when people pay thousands of dollars to commission the writing of a new sefer Torah. Our shuls are full of sifrei Torah that are never used, and there is little need for more. That money would be put to much better use were it be invested in Jewish education, in the teaching of Torah to Jewish children, many of whom do not receive a Jewish education because of its high cost.