Pesachim 9a: When In Doubt...Eat 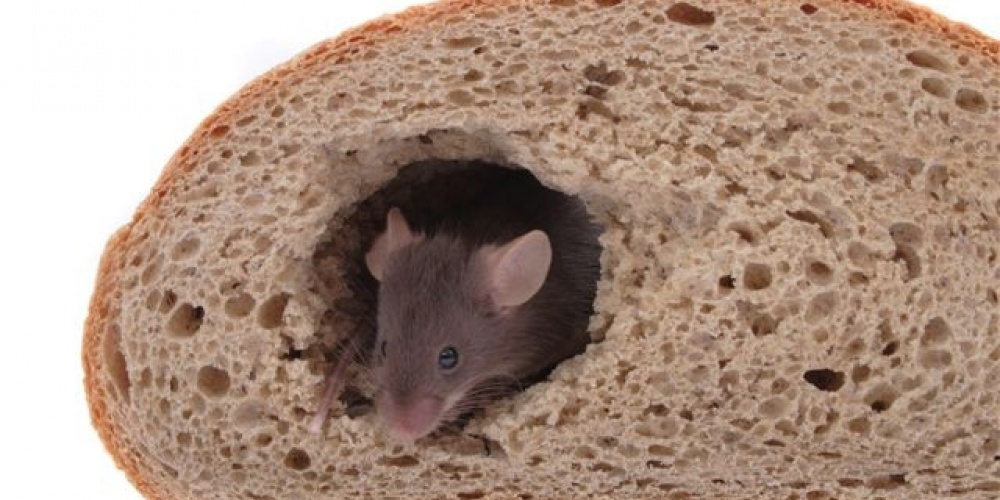 "Two verses that contradict each other, until a third verse is found and reconciles between them". This 13th and last of the interpretive principles of Rabbi Yishmael highlights the many contradictions inherent in the Torah. Torah mirrors life, and recognizing the complexity of both is so important that our rabbis placed this message into the daily siddur.

"Lo b'shamayim hee, it [Torah] is not in heaven"; and being earthly, it must "suffer" from earthly limitations. Halacha, Jewish law--the point of contact between Torah and the real world--reflects these contradictions. Halacha does not always reflect absolute truth; rather, it is true to its own internal system.

Living in a society where rodents were quite common, the Talmud was concerned that a rodent might take chametz to an area that has already been checked and cleaned of chametz, necessitating endless checking. While the Mishnah (Pesachim 9a) rules that we may ignore such a possibility, this is only true in the abstract. But if one sees a rodent with chametz in its mouth, one may have to recheck the home for chametz, and one cannot assume that the rodent just ate the chametz.

In discussing the many permutations of such cases, the Gemara (ibid 10a) raises the case of some chametz sitting in front of two homes that have already been checked for chametz. The chametz is then taken by a mouse into one of the two homes, but we are unsure which one. The Gemara compares this case to that of two paths lying before us, one of which contains impurity (i.e., a dead body) and one which does not. Jewish law rules that one who walks in a public area that may contain impurity remains tahor, pure; and such a person could, for example, enter the Temple area to, say, celebrate Pesach.

If two people, each walking down one of the above paths, come to ask as to their status, they will each be told that they remain tahor; there is only a doubt as to their status, so we may apply the principle that, when doubtful if one came in contact with impurity, one remains pure. This is so even though there is a 100% chance that one of them is actually tameh.

Fascinatingly, this only obtains if they do not ask about their status at the same time. In such an eventuality, the Gemara rules that both are deemed tameh, even though there is a 100% chance that one of them is tahor. With both people present, we cannot declare them both to be tahor, as one is tameh. Unable to declare either of them tahor, we are left with no choice but to declare them both tameh.

The Gemara then discusses a third possibility, in which one asks for a status report on both himself and his friend.  Rav Yossi compares this case to the situation in which they both come together, and thus are tameh, while Rav Yehuda compares it to the case in which both come separately, in which case they are tahor.

This case reflects a fascinating philosophical dispute. When one is representing another, do we consider the representative as an extension of that person, or is such representation nothing more than a legal formality? Interestingly, in Canadian law (and perhaps in other legal systems), a client can be held responsible for any errors in a tax return filled out by his accountant. While the client signs the return, such a notion reflects the unity of the two.

This Talmudic dispute is similar to a medieval dispute regarding three pieces of meat that lay before us. While we know one of the three is not kosher, we do not know which one it is. Some authorities rule that one may eat two out of the three--despite there being a 67% chance of eating treif!--reflecting the fact that two of the three pieces are kosher. Others, in an astonishing ruling, allow all three pieces to be eaten, provided they are not eaten at the same time (See Shulchan Aruch, Yoreh Deah, 109). As each particular piece is likely kosher, one can eat piece A, followed by piece B, and then even piece C. One looks not at the macro situation of eating non-kosher, but at the micro situation: each particular piece of meat is most likely kosher. Rov, a majority of even one, is a standard principle of Jewish law.

"Truth and peace you shall love" (Zecharia 8:19). In this world, it is impossible to totally reconcile truth and peace. We assert both that "Torah scholars increase peace in the world", and "Moshe is true, and his Torah is true". Resolving the contradiction between the two is the task with which we are charged.