Pesachim 113: The Chicken, the Prostitute, and the Rabbi 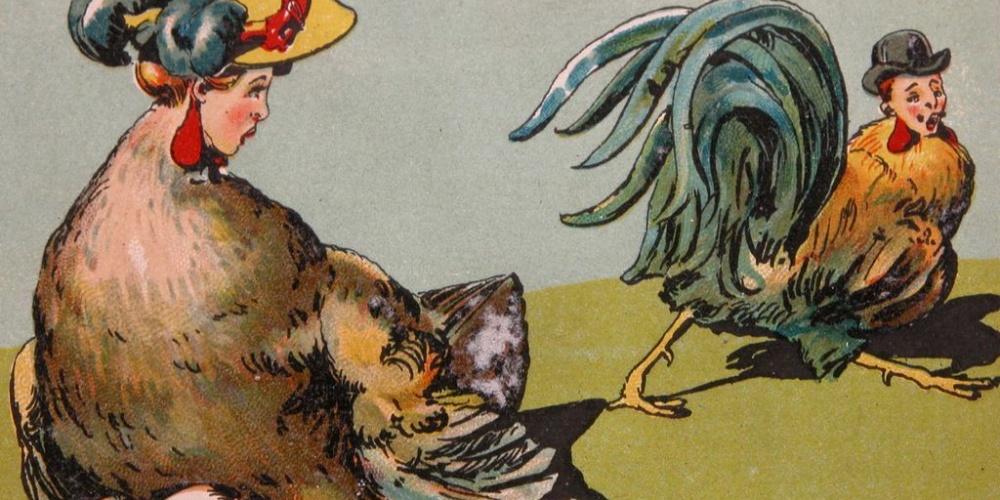 The Netziv, in his commentary on Chumash, explains that the first verse of the priestly blessing "May G-d guard you and protect you"   has different connotations for different types of people. For one engaged in business, we ask G-d to bless us with great material success, yevarechecha, and that such success does not destroy our character, veyishmerecha.

For the Torah scholar, for whom material success is (or should be) a secondary concern, we ask for G-d's blessing to achieve great heights in Torah learning and teaching, yevarechecha, and that such success does not destroy our character, veyishmerecha.  A Torah scholar, the Netziv explains, "needs protection from arrogance, and desecration of G-d's name, and similar things" (Emek Davar, Bamidbar 6:24). It is not just that when a Torah scholar does something wrong the chilul Hashem is magnified, which it surely is; but that somehow, Torah scholars have an increased risk of acting in a way that brings shame to the Torah. Having achieved great heights in scholarship, and often serving as leaders, they are no less, and perhaps more, susceptible to the arrogance that often afflicts many a successful person.

Our Talmudic Sages were well aware of the risks associated with those of great Torah scholarship. "Our rabbis taught: three hate each other: dogs, chickens and chavrim" (Pesachim 113b). As Rashi (Shabbat 11a) explains, the chavrim were part of the Persian nation--but whomever they may be, this passage seems to have little application to us, save perhaps for letting us know that we humans are not the only species that fight amongst ourselves. But then the Talmud adds, "and some say, even prostitutes". Competing for business, and unable to use legal means to regulate the competition, it is to be expected that those engaged in this unlawful and immoral activity fiercely guard their turf. There can be little trust and there is little love lost in such an industry. That is well understood, and (hopefully) directly impacts on only very few.

However, the last opinion cited by the Gemara should make our hair stand on end: "And some say, also Torah scholars in Babylonia [hate each other]". Apparently, Torah scholars can, and at times do, act little differently than dogs, chickens, and prostitutes.

The halls of academia and that of the beit midrash are much too full of jealousy and backstabbing[1]. With little room at the top for these people of immense talent, jealously and even hatred of one's colleagues is never too distant. Instead of working towards the goal of serving mankind, too many are worried about their own personal status. Only the truly great and humble can joyfully step aside for those more qualified than they.

The link to prostitution is unfortunately quite precise. We prostitute ourselves when we sell out our principles for money, power, or prestige. A Torah scholar's focus must be on teaching Torah and setting an example for others to emulate. Using Torah as a tool to achieve some other goal, or having Torah be a cause for hatred, is akin to prostitution. Like a prostitute, such a person is turning something that can be most holy into something of ill repute.

The Gemara (Hagigah 5b) teaches that G-d sheds a tear each and every day for those who are involved in the teaching of Torah, but are better suited for other endeavours. Torah must make us better people; if it leads to anything else, we have destroyed G-d's precious gift. And that is something worth crying over.

[1] A former professor at a university in Israel once remarked that he decided to run for Knesset because he could no longer stand the politics of university life!