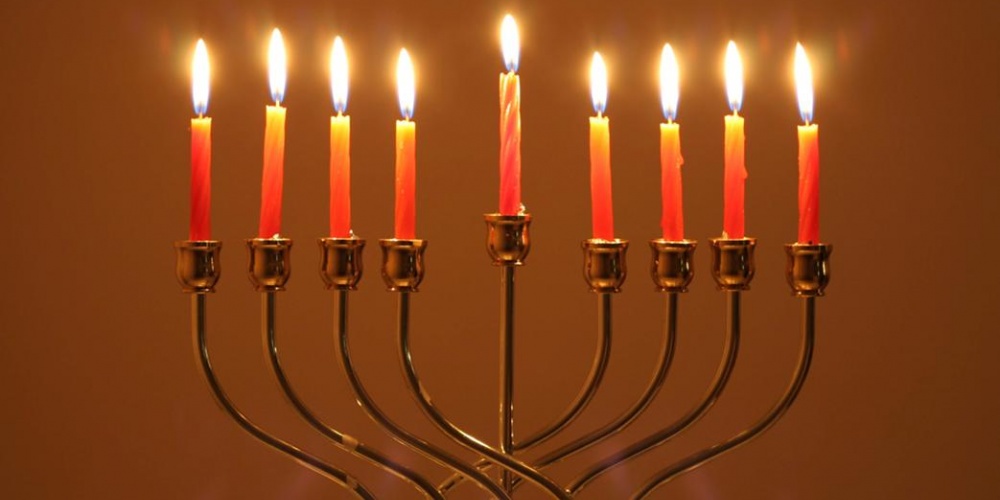 "Mai Chanukah? What is Chanukah?" (Shabbat 21b). To this rather strange question, the Gemara answers, "Our Rabbis taught: From the twenty-fifth of Kislev the days of Chanukah are eight on which eulogies and fasting are forbidden" (Shabbat 21b). The Gemara continues by describing the basic outline of the story: how the Greeks defiled the Temple, the Hasmoneans defeated them and upon entering the Temple, found only one flask of oil which miraculously lasted for eight days.

This Gemara is most difficult to understand. Is it conceivable that hundreds of years after the events of Chanukah, the Gemara[1]was unaware of why it is celebrated? We find no similar question regarding Pesach, Sukkot or even Purim[2]. The question of the Gemara becomes even stranger when one considers that it appears only after the Gemara has discussed many details of the holiday. We have learned the basic mitzvah of lighting, the method of lighting by those meticulous in observance of mitzvoth, the mehadrin, and those who are super-meticulous, the mehadrin min hamehadrin: the debate between Beit Hillel and Beit Shammai as to whether we begin with eight candles and count down or one and count up. The Gemara discussed the time to light, the oils that may be used and where to place the menorah. Yet it is only at this point that the Gemara finally ask mai Chanukah! What is Chanukah. Something seems amiss.

Rashi, presumably bothered by this problem, understands the question not as what, but as why. Why - or, to be more precise, on account of which miracle - did the Rabbis establish Chanukah as a holiday? Unlike "what is Chanukah?", a question that may have resonated in the immediate years after the events (especially considering ancient methods of communication), the why of Chanukah is the question that became more and more pertinent with the passage of time.

Chanukah celebrates the Hasmonean victory and the rededication of the Temple - celebrations that became hollow, if not meaningless, with the destruction of the Temple and the subsequent exile. Why should we still celebrate Chanukah with no land and no Temple? What events could have been so historically significant that they are to be celebrated even after the "what " of Chanukah seems so irrelevant in exile? If we are to commemorate the day, should it not be by prayer and fasting?

We are accustomed to assuming the Gemara's telling of the story of Chanukah is the answer to the question of Mai Chanukah. And such is the answer to the question, what is Chanukah? However, if we are asking why Chanukah? For what reason do we still celebrate Chanukah?, the telling of story makes the question that much stronger. Why are we still celebrating when we "won the battle but lost the war"? It was nice while it lasted, but the 200 years of Jewish sovereignty begun at Chanukah came to a screeching halt in the year 70.

To this, the Gemara answers "leshana, acheret, for another year[3],[4] they established it and made them yamim tovim in praise and thanksgiving". Chanukah is the holiday where we look to the future. We may have had no homeland and no Temple for 2,000 years, but the Jewish people could offer praise and thanksgiving for what was and what they knew would be. Chanukah became the holiday of hope and anticipation.

The strength of the Jewish people is our ability to offer praise and thanksgiving when it may not seem warranted. We seek the light in the darkness of the long winter night, knowing that the light will eventually get stronger. While for 1,900 years, Jews lit Chanukah candles on hope alone, today we can light those same candles as a nation sovereign in its land.

[1] While the source this Talmudic piece is from the much earlier work Megillat Ta'anit, where perhaps such a question is reasonable, for the Gemara itself to quote it without prompting is, on the surface, baffling.

[2] It is interesting to note that the Rambam begins the laws of Chanukah by recounting the historical events that led up to the holiday, something he does regarding no other holiday.

[3] Leshana acheret is often translated as "next year", as in explaining when it became a festival. However, a more precise term for that is leshana habaah. I would like to suggest that leshana acheret thus refers to the future - perhaps to a time when the Temple would no longer be standing. If I am not mistaken, there are rabbinic views that it was only upon the destruction of the Temple that the Rabbis actually instituted lighting in the home.

[4] The Tzizt Eliezer (Chelek 10:10) suggests that the reason Hallel could not be said until at least a year had passed was that it would inappropriate to recite Hallel while the families of those killed in battle were still mourning. I thank Rabbi Jonathan Ziring for this reference. Chanukah truly is bayamim hahem bazman hazeh.
Holiday Thoughts
Chanukah
Chanukah

Korach: When Silence is Not Golden »
Shelach Lecha: You Can Quote Me »
Beha'alotcha: Selective Memory »
Shabbat 87: If G-d Agrees »
Nasso: The Righteous Adulterer »
Shavuot: An Evolving Torah »
Shabbat 69: What Time is It? »
Bamidbar: Change for the Better  »
Yom Yerushalayim: Natural and Supernatural »
Bechukotai: A Proper Ending »