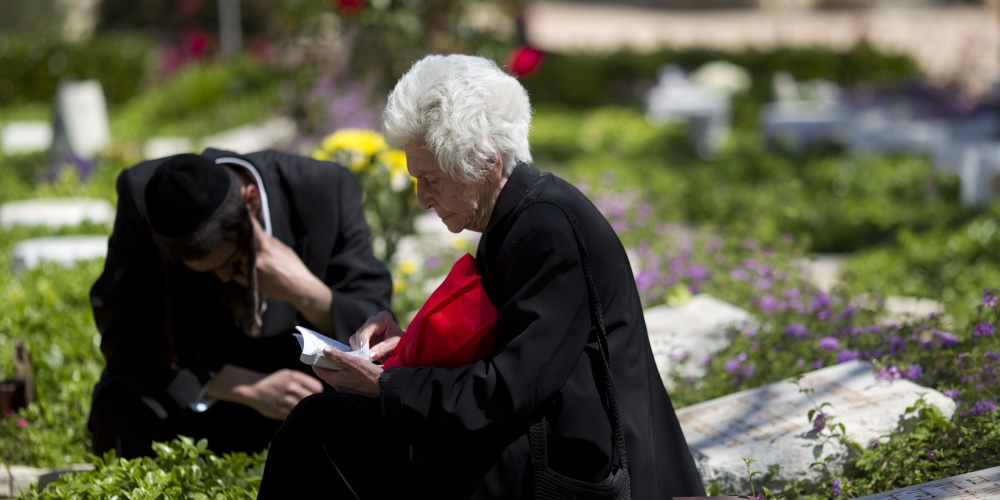 It is a sad spectacle when people fight over a dead man's estate. What can make such disputes more intractable is that often, both sides have a legitimate claim to a given asset. People of goodwill know the importance of compromise and are willing to forego their rights to help avoid disputes. However when it comes to money, goodwill often becomes a casualty.

Our Sages enacted many laws to avoid strive and promote peace[1], though the law can only go so far.

"A widow who says, 'I do not want to move from the house of my husband', the heirs [of the husband] may not say, 'Go to the house of your parents and we will support you'; rather, they must support her and give her dwellings according to her honour" (Ketubot 103a).

Our Sages, in a display of deep and penetrating psychological insight, ruled that one who inherits a large sum of money upon the death of a parent recites the brachah of Dayan Haemet--and then a Shehecheyanu (or Hatov VeHameteiv, Brachot 59b) for the newfound wealth (see here where develop this theme). It is understandable that upon the death of the second parent, a child would want access to his parents' home and the potential monetary windfall, something that may require moving the stepmother. Even if done with the utmost dignity and comfort, this is most inappropriate. From the perspective of the stepmother, she is being kicked out of her home, creating even more emotional pain. First, the loss of her husband and now, her house; and no amount of money can heal that. Furthermore, with the tenuous nature of relationships between children and stepparents, it reinforces the natural feeling of the stepparent that she is an outsider, and now that their dad is dead, a thorn in their side. Even if that is not at all the intent of the children, it is the natural result. To avoid such, our Sages insisted that the Ketuba contain a clause stating, "and you can reside in my home and be maintained from my estate all the days of your widowhood in my home[2]". She is to be maintained at the same standard of living as she had when her husband was alive--even with servants, fine china, and the like.

Yet the moment she leaves the home, she loses her support. "If she said, 'I do not want to move from my husband's home', the heirs can say to her: 'All the time you are with us, we will support you; but if you are not with us, you are not entitled to support'". Interestingly, if the widow has a valid reason for not wanting to stay in the house--i.e., she is the same age as her stepchildren[3]--she may move back home, yet continue to receive the support.

It is regarding this Mishnah that the Gemara records that "at the time when Rebbe (Rav Yehuda HaNassi, editor of the Mishnah) was about to depart [from this world], he said, 'I require my sons'. When his sons entered into his presence, he instructed them: 'Be very careful in respecting your [step]mother'" (Ketubot 103a).

As the Gemara explains, one is only technically obligated to support a stepparent while the biological parent is still alive. Rebbe advocated that great respect--above and beyond what is due to all elders, and above and beyond the ruling of the Mishnah--be shown, even after the passing of the parent. It behooves us all to follow in the footsteps of Rebbe.

[1] One example is the rule that gives the kohen the first aliyah. Most of these laws are found in the fifth chapter of Gittin (a most appropriate place, considering how divorce stems from lack of peace and reflects the opposite of peace), and please G-d, we will discuss some of them in the fall when Daf Yomi learns Gittin.

[2] I could not help but think of the tragic cases where a synagogue rabbi passes away, and the shul and the widow are locked in a bitter battle over the home. There are no easy solutions.

[3] The Gemara does not explain why this justifies moving out. It could be due to potential issues of yichud, people spreading rumours of inappropriate behaviour, or perhaps such a situation is just one ripe for friction.