Eiruvin 17a: Pesach and the Salt of Sedom 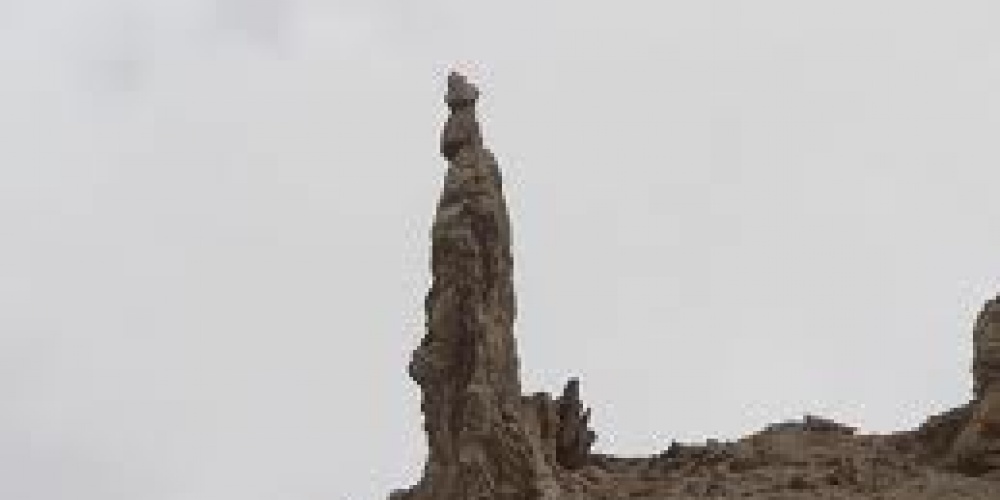 "Four obligations were nullified in a [military] camp" (Eiruvin 17a). The Torah goes to great lengths to ensure that the Jewish army fulfills the biblical mandate that "your camp shall be holy" (Devarim 23:15). The laws of

ba'al tashchit, the wanton destruction of property, are recorded specifically in regard to a war situation (how much more was human life to be valued); sanitation standards had to be enforced; and it was the Torah's fear of rape that led to the law of a captured woman (see Devarim 21:10-15).

At the same time, the rabbis exempted soldiers from certain laws, specifically those regarding meal preparation. The soldier was permitted to eat demai, food on which it was doubtful whether tithes had been taken, something normally only allowed for the poor. They also could dispense with the construction of an eiruv on Shabbat, allowing them to carry from one area in the camp to another. The requirement to ritually wash one's hands before eating a meal was dispensed with. Yet, the Talmud notes that this exemption does not apply to mayim achronim, the washing of one's hands that was to be done after a meal. Some mitzvoth have no mazel; and for reasons that are not fully clear, this requirement to wash after every meal is virtually ignored today.

"Rav Hiyya bar Ashi said: Why did they say that mayim achronim is obligatory? Because there is salt of Sedom that blinds the eyes" (17b).

"The two angels came to Sedom in the evening...and he [Lot] made for them a feast, and he baked matzah and they ate" (Breisheet 19:1, 3). It is not by chance that matzah makes its appearance in Sedom, the city known for its cruelty to strangers. Our Sages noted that it must have been Pesach, quite an anachronistic idea considering that it would be 400 years until the Exodus.  But Lot understood-and our rabbis surely understood-the true meaning of Pesach. While Lot had many moral failings, he also exhibited many wonderful qualities including that of hachnasat orchim, welcoming strangers. It is not by chance that we begin our seder by inviting all those who are hungry to come and eat.

Developing our concern for others was the primary goal of our sojourn in Egypt. We witnessed how the most advanced civilization of the ancient world was a morally decadent one. There was and is little correlation between scientific progress and moral development. G-d wanted us to see that firsthand as we were to become a special nation, one that focused first and foremost on moral development, and only afterwards on technological progress.

Over and over again, the Torah admonishes us to be kind to the stranger, as we were strangers in the land of Egypt. The matzah is our reminder of this crucial lesson. It islechem oni, the bread of the poor-whom we must never forget. Sedom was the economic center of Israel, and its financial opportunities were what attracted Lot to move there. But even more than Egypt, they were known for their fear of and cruelty to the stranger. They did not understand the message of the matzah, and it is most fitting that Lot served matzah to his unknown guests. The story of Pesach is not limited to time or place, and its message of freedom and dignity for all continues to resonate.

Our rabbis teach that the reward for a fast day is charity; by depriving ourselves of food, it is much easier to feel the pain of others. When we are satiated, it is very easy to forget the needs of others. After we finish a meal, we must wash away any residue of Sedom, and ensure that the less fortunate are not forgotten.

The message of Sedom is crucial for the Jewish soldiers. Readying for battle against strangers, where cruelty is so often the norm, the soldier must cleanse himself of any trace of Sedom. Lot's wife looked back to Sedom, wondering what good she was leaving behind. Her legacy is that of a pillar of salt, and we must ensure that none of that salt rubs off on us.