Beshalach: Up in Arms 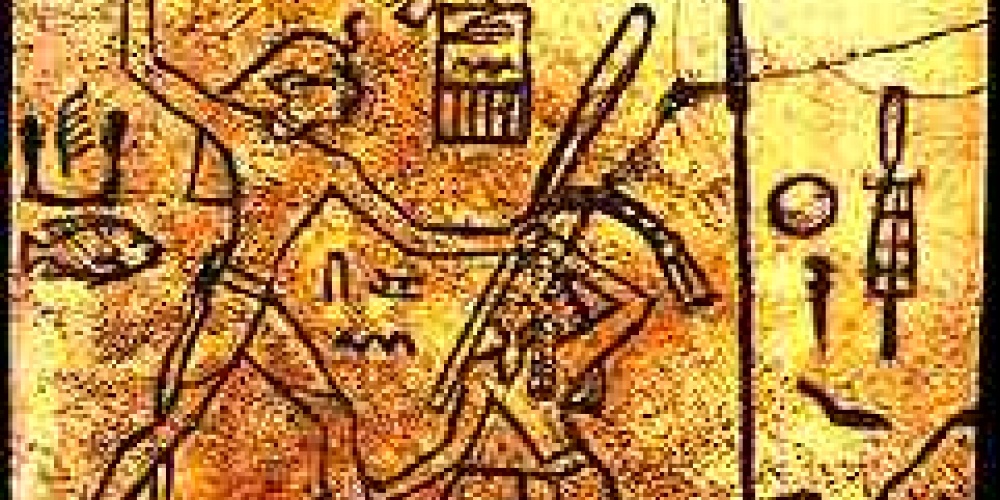 This week's devar Torah is dedicated in honour of the upcoming wedding of Miriam Libman and Ephraim Leiderman. May they merit to build a beautiful Jewish home. Mazal-Tov!

"And G-d took the nation by the way of desert, by the Red Sea; and the children of Israel went armed out of the land of Egypt" (13:18). After 210 long years, the Jewish people were on their way back home. They were to stop at Sinai to encounter G-d and receive His mandate to set up a "kingdom of priests and a holy nation". The interjection into this story of redemption with the line that we took a cache of weapons as we left Egypt seems anti-climatic and even deflating. This was the time to celebrate freedom, not to discuss military planning for the next war--which, sadly, would soon be fought with Amalek.

Our commentaries explain that such was written "to prepare the ear", so that we should not wonder how the Jewish people could wage war against Amalek, Sichon, Og, and Midian (Rashi). The Torah thus tells us that they took arms as they departed Egypt.

Nonetheless, one can ask why was this fact--that digresses from the narrative--is included here and not in Parshat Bo, where the Torah describes the actual Exodus and the bounty they took with them?  "And a multitude of people came with them, and livestock, and very much cattle" (12:38). The Torah had just described how the Jewish people asked for gold and silver from the Egyptians to take along, and in the following verse describes how, with the short time available to them, they could only take matza cakes. Why not add at this point that they left armed?[1] Rashi, sensitive to this conundrum, explains that it was only because we were led "by way of the desert" that we needed to take arms from Egypt. Had we travelled along a more urban route, we would have been able to purchase arms along the way. Using a desert route meant we had to take all needed provisions with us.

Such an approach attributes great faith to the Jewish people--that they would have been willing to leave Egypt unarmed, confident they would be able to secure weapons later. This confidence, i.e. trust in G-d is something they--as opposed to the 80% of Jews who perished in Egypt--had in great abundance. "I recall the kindness of your youth, the love of your bridal days, how you followed Me into the desert, in an unsown land" (Yimiyahu 2:2).

Yet perhaps the Torah wants to impart a lesson about the true might of the Jewish people, and we are to understand the mention of the arming of the Jewish people not in relation to what precedes it--the desert route--but to what follows. "Moshe took the bones of Yosef with him, for he had sworn to the Jewish people saying, 'G-d will surely remember you and you shall carry up my bones from here with you'" (13:19).

We need arms and armies to fight our enemies. But it is crucial to know what one is fighting for. We must know from where we come--and while much had changed in 210 years in Egypt, it is the image of Yosef that is our strength. The period of slavery began when there "arose a new king who knew not Joseph", and the redemption could only begin when we remembered Joseph.

Joseph embodies another aspect necessary for redemption. Joseph was the great conciliator, bringing a disparate family together despite the deep divisions amongst the brothers. His refusal to take revenge and his efforts to help his brothers establish themselves in Egypt were the seeds that allowed the formation of our nation.

It is only when stand together as a people, strengthened by our diversity, that we can defeat our much "stronger enemies. It is the bones of Yosef that are the best weapons we can bear.

[1] It is worth noting that while they had no time to bake bread, they had enough time to ask for gold and silver and collect arms; and Moshe had time to take the bones of Joseph from Egypt. The eating of matza goes beyond the hurry in which we left Egypt--a discussion we will have to leave for another time.

Shabbat 151: I Want a Reward »
Tu B'Av: Breaking the Glass »
VaEtchanan: Beyond the Law »
Marriage over Mourning »
Tisha B'Av: Back to School »
Shabbat 139: It's Good to Forget  »
Devarim: Justice Justice You Shall Not Pursue »
The Nine Days: Aharon's Yahrzeit »
Massei: Living in Canada »
Pinchas: Three Models of Leadership »