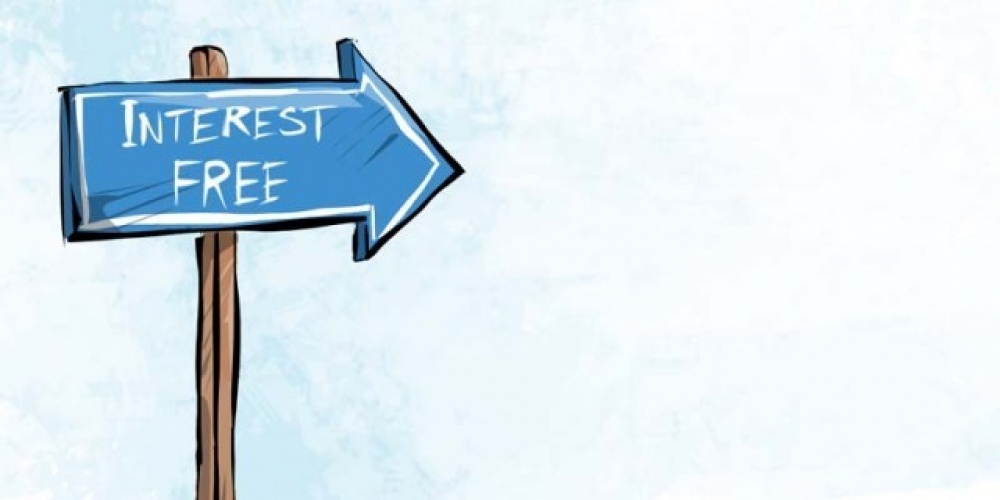 One of most difficult laws to comprehend, both technically and philosophically, is the Torah prohibition against charging interest – the subject of the fifth chapter of Bava Metzia. From an economic perspective, interest is no more than rent on money; and if one can charge rent for all else, why not for money?

Furthermore even granted that the charging of interest should be prohibited, it is most difficult to understand why the borrower and lender can’t agree to waive this prohibition. Jewish law works under the premise that when it comes to monetary law, one “can make conditions that go against the Torah”. The monetary laws of the Torah can be seen as “recommendations” to be followed in cases where an alternative is not discussed in advance or agreed upon. It is, lehavdil, the fine print of the contract - one that can be tweaked if, but only if, both parties agree.

“An unpaid guardian, shomer chinam, may stipulate to be exempt from taking an oath [that he was not negligent], and a borrower, shomer shoel, to be exempt from paying restitution [though the Torah obligates him to do just that], and a paid guardian, shomer socher, and a renter, shomer sachar, to be exempt from taking an oath or from paying restitution” (Bava Metzia 94a). Similarly, a worker can agree to accept his wages once a month, despite the Torah obligation to pay one daily, and so on and so forth. As one can do whatever one wants with their money why is this not true regarding interest?

Not only can’t the prohibition of interest, ribbit, be waived even if all agree, even those peripherally involved in facilitating an interest-bearing transaction are deemed to be in violation of Biblical law. “And these are the ones who violate a negative command: the lender, the borrower, the co-signer and the witnesses; and the Sages say, even the scribe” (Bava Metzia 75b).

If the Biblical prohibitions – the lender violates five Biblical commands with one loan – are not enough, the rabbis added layers and layers of prohibited activity deeming them to be a form of interest. They went so far as to declare that one who was not accustomed to extend greetings to a creditor was prohibited from doing so after receiving a loan. Such greetings are considered a form of interest, as one is returning more than one borrowed[1].

If the prohibition of interest was difficult to understand in Biblical and Talmudic times it is utterly impossible to make sense of such in today’s economy. Such a prohibition seems to be detrimental, and if put into practice today would make us all poorer. If not for interest, very, very few people would be able to buy a house and many would be unable to own a car. Factories would close, jobs would be lost and all would suffer. Probably no other economic event is more closely watched than announcements of central bankers regarding interest rates. Billions, perhaps trillions, of dollars of wealth can be created or wiped out by an unexpected change in interest rates. And if there is anyone who may wield more power than the President of the United States of America it is the chairperson of the Federal Reserve.

And yet charging interest seems to undermine the purpose of the Exodus. “Raba said: Why did the Merciful One mention the Exodus from Egypt in connection with the prohibition of interest, tzizit and honest weights? The Holy One, blessed be He, declared, 'It is I who distinguished in Egypt between the first-born and one who was not a first-born; I am the one who will exact vengeance from him who ascribes his money to a gentile and lends it to an Israelite on interest…” (Bava Metzia 61b).

This admonition is based on another area of ribbit law that - while likely very well understood and appreciated in ancient and medieval times – is troubling to many modern Jews. The distinction between Jew and non-Jew, where charging interest to a Jew is strictly prohibited yet charging interest to a non-Jew is permitted and perhaps even encouraged runs counter to all democratic norms and appears discriminatory; it would surely be a violation of the first amendment to the United States Constitution.

It is this seemingly discriminatory law and the advent of the industrial revolution that are the keys to understanding the injunction against ribbit. The Torah prohibits stealing from or misleading a non-Jew. In fact, the paradigm case of genevat da’at, creating false impressions, is that of misleading a non-Jew (Chulin 94a). Many are the sources that delineate the severity of cheating non-Jews[2] and how doing so may be even worse than cheating a Jew – and cheating a Jew is a very bad thing to do.

The Torah sees nothing immoral with charging interest. Just as one charges rent for all else it makes perfect sense to charge “rent” on money. Rather, not charging interest is an act of kindness the Torah expects from us and obligates us to do – for our fellow Jew. Membership has its privileges. Just as we would be horrified at a parent charging interest on a loan to a child for a down payment on a home, we must see all Jews as brothers and sisters who we help out in times of need. Charging interest on a dozen eggs or a bushel of wheat, to use the Talmudic examples, is reflective of serious moral flaws.

But chesed has its limitations. With the industrial revolution and great increases in wealth, loans were no longer primarily for basic necessities. They were for luxury items such as a personal home, a car or maybe a vacation. Moreover, much of the money loaned today is for business purposes helping people to amass great wealth. It makes little sense – and even borders on the repugnant  – for one to lend someone $5,000,000 so that he can build a small subdivision and sell the homes for $10,000,000 – with the one who provided financing receiving nary a penny in return. The prohibition of interest is near impossible and not desirable to maintain in such an environment.

While this may all be true, the Torah itself makes no distinction between personal and business loans. A loan is a loan is a loan and interest is prohibited on all loan transactions.

It was this conflict between the desire and the need to charge interest that led the rabbis to develop the heter iska, a legal loophole that converts a loan into a business partnership. This allows one to effectively, though not formally, collect interest[3]. Faced with two conflicting values – the clear Torah prohibition against charging interest on the one hand and economic necessity on the other, our Sages devised a way to preserve both, ensuring the Torah remain a Torat chaim.

[1] This is another example of the tremendous emphasis Judaism places on greeting people. “It was said of Rabban Yochanan ben Zackai that no one ever preceded him in a greeting [of Shalom], even a heathen in the marketplace” (Brachot 17a). Rav Yochanan ben Zackai may have saved Judaism from oblivion but it is the fact that he greeted all that is deemed most praiseworthy. So important are greetings that one who does not return greetings is considered a thief (Brachot 6b).

[2] For a beautiful summary of our moral obligations to non-Jews please see Rabbi Aaron Levine’s Introduction to Moral Issues of the Marketplace in Jewish Law.

[3] As with all technical matters it is highly recommended that one with specific training draw up the heter iska contract. The technical specifics of how a heter iska works is beyond the scope of this devar Torah. It is, however, important to point out that in order for a heter iska to be valid there must exist a slight risk that the creditor will not only not make any profit (interest) but will lose his principal. While the risk can be minimized, it can’t - in theory at least - be eliminated. Most importantly the heter iska should not be used when dealings with personal loans to those in need.