An Introduction to Seder Kodshim 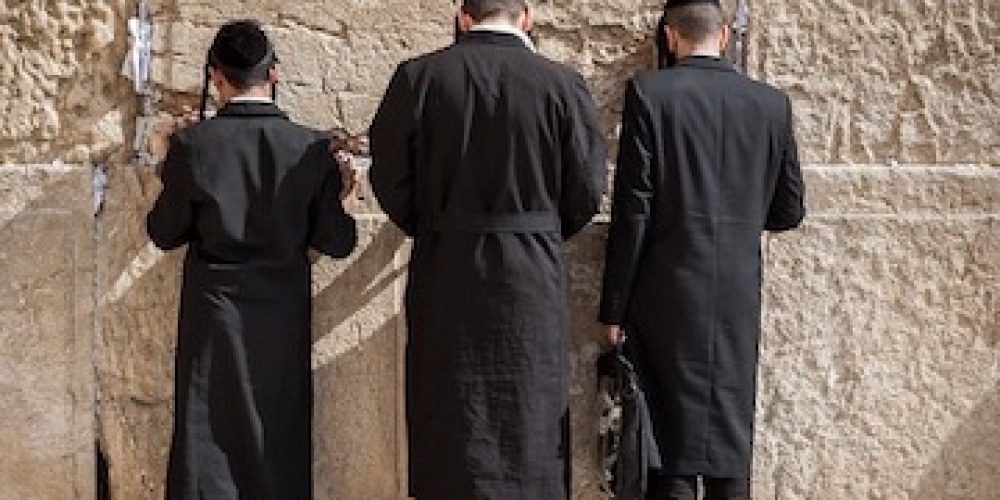 One of the benefits of learning Daf Yomi is that it “forces” one to learn subject areas that would otherwise be ignored. Each one of the 2,711 pages of the Talmud Bavli is given equal treatment, allowing one to study the breadth of Talmudic literature. If not for Daf Yomi, it is hard to imagine too many people would open up Seder Kodshim, dealing with the sacrificial rites, which have little relevance or resonance today. There is little doubt that shiurim, classes, on these topics will attract a smaller crowd than, say, a shiur on the laws of Pesach, or a talk on medical ethics[1]. But such is the power of Daf Yomi: the daily commitment to finishing the entire Talmud along with thousands of others serves as motivation to learn even the most obscure of Talmudic topics.

With the destruction of the Temple and the exile of the people, laws relating to the land of Israel, the Temple service, and purity and impurity were no longer relevant. Thus, Seder Zeraim, the Mishnaic order dealing with the laws of agriculture, has only Mishna and no Gemara - with the exception of masechet Brachot, which details the laws of the shema, prayer and blessings[2]. Seder Taharot, which has by far the most number of Mishnayot, has only one masechet with Gemara, namely masechet Niddah. While today we associate these laws with the intimate relationship between husband and wife, these laws in their original context are primarily part of the system of purity and impurity.

One would expect the same for Seder Kodshim, which deals with the workings of a non-existent Temple. Yet with the exception of Kinnim and Middot, which deal with sacrificial birds and the actual measurements of the Temple, the other seven masechtot do have Gemarot. Why did our Sages, many living in Babylonia hundreds of years after the destruction of the Temple, learn Seder Kodshim as if the Temple still stood, but ignored Zeraim and Taharot?

“Uneshalma parim sefateinu, and our lips shall replace the [sacrificial] bulls” (Hoshea 14:3). The fact that one can no longer bring sacrifices is of little relevance. Instead, one can recite the sacrificial rite and it is considered “as if” one had actually brought sacrifices. And this recital is of great significance. “O Lord G-d, by what shall I [Abraham] know that I shall inherit the Land? (Genesis 15:8)…perhaps, Heaven forbid, the Jewish people will sin before You, and You will do to them as You did to the generation of the Flood and as You did to the generation of the Dispersion…G-d said to him: “I have already established for them the order of offerings. Whenever they read those portions, I will deem it as if they sacrificed an offering before Me, and I will pardon them for all of their iniquities” (Megillah 31b).

The sacrificial rites did not end; rather, they were transferred to the Beit Midrash and the Siddur. Hence, Rabbeinu Yonah argues that it is a Biblical requirement to recite korbanot every day – a part of the davening that is widely skipped over[3].

But how can talking about korbanot be the same – or perhaps better – than actually bringing them? Lo hamidrash ikkar, eleh hama’aseh, learning is not primary, action is.

Generally, a mitzvah requires we do a certain action. We must eat matzah on Pesach, hear the shofar on Rosh Hashanah, give tzedakah to the needy, put a mezuzah on our home. Our motivations or intent in doing so matters little. Yes, it is best if one is motivated to fulfill the dictates of the Torah, to help others, and is focused on what one is doing. But such is an ideal, and its absence has no real impact on the mitzvah itself. In other words, rote performance of mitzvoth is acceptable—after all, one has done what one must do and that is what matters most.

However, such is not at all true when it comes to offering sacrifices or, in the case of its corollary, prayer. A rote sacrifice not only does not fulfill a mitzvah, it can be an abomination – viewing sacrifices as some magic formula to find G-d’s favour. G-d, does not need nor want our rote sacrifices; it is our heart He desires. Offering sacrifices while we ignore the pleas of the poor, when we oppress the stranger, when we take advantage of weak, is the height of hypocrisy. G-d, Yishayahu emphasizes, hates such service (see Yishayahu 1:14).

We do not need an altar to come close to G-d. We have something much more important, repentance. And that needs no altar.

“Rabbi Akiva says, ‘Happy are you, Israel! Before whom are you purified, and who purifies you? Your Father Who is in heaven. For it is said, ‘Then will I sprinkle clean water upon you, and ye shall be clean’; and it is also said, ‘The ‏ritual bath‎ [lit. Hope] of Israel is the Lord’; even as a ritual bath purifies the unclean, so does the Holy One, Blessed be He, purify Israel” (Yoma 85b).

Speaking soon after the loss of the Temple and with the Jewish people wondering how Yom Kippur would be able to bring atonement without the sacrifices that are so central to the day, Rabbi Akiva assured the people that no sacrifices are needed. All that is needed is teshuva.

Internalizing the message of the sacrifices is much more important than actually bringing them. Please G-d, over the next 18 months we will learn about the Temple order. May that learning inspire us, as the word korban urges, to come closer to G-d and those created in His image.

[1] When Rabbi Solveitchik started giving his yahrzeit shiurim they focused on Kodshim, a topic that was a favourite of the “Brisker School” founded by his grandfather. Sensing that the audience – consisting of many rabbis and learned people – had little interest in these obscure topics, he switched to “Orach Chaim” topics -prayer, holidays, kriat haTorah, Talmud Torah and the like - that are the bread and butter of daily religious life

[2] The connection of Masechet Brachot to Zeraim can be explained as follows. The only bracha specifically mentioned in the Torah is that of birchat hamazon, which the Torah frames as thanking G-d not for our food specifically, but for the blessings of the land, such that the brachot for food are linked to the land. Prayer, too, is a mitzvah dependent on the land. The central location of prayer is the Temple in the land of Israel, and it is for this reason that all must face Jerusalem when praying.

[3] This in contrast to the pesukei d’zimrah, which is an “act of piety” not required by Jewish law; and even contrasts with Shemoneh Esrei, whose obligation is “merely” of rabbinic origin.