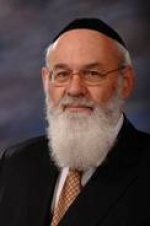 Prof. Steinberg was born in Hoff, Germany. He studied in the Rabbinic Academy of Yeshivat Harav Kook, Jerusalem after which he studied medicine and completed his internship in the Hebrew-University Hadassa Medical School, Jerusalem.

Former director of The Schlesinger Institute, Prof. Steinberg lectures at numerous academic institutes and other forums and currently works as a physician in Pediatric Neurology, Shaare Zedek Medical Center and is the Director of The Center for Medical Ethics, Hebrew University-Hadassa Medical School, Jerusalem.

Prof. Steinberg received a variety of prizes and awards, among them the Israel Prize 1999  for his Encyclopedia of Jewish Medical Ethics. He is the author of various books on Jewish medical ethics, general medical ethics, the history of medicine and pediatric neurology.