The Narrative of Sefer Tehillim 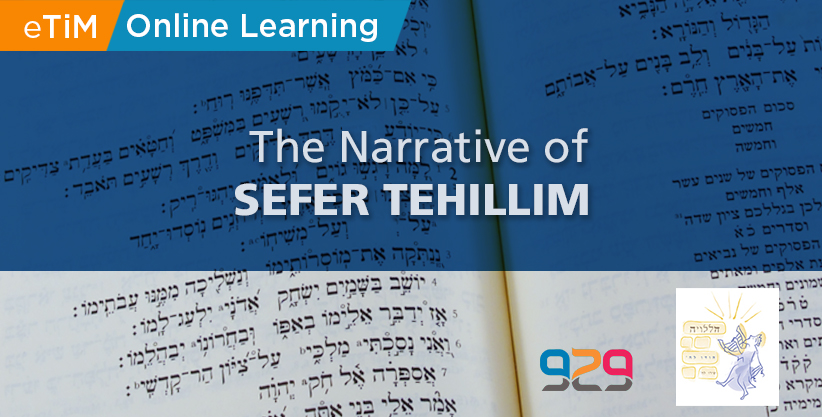 Rabbi Dr. Beni Gesundheit will take you on a journey through the story of Tehillim where you will gain a new perspective based on the power of contextual interpretation beginning with the Davidic kingdom and its development through the time of the First Temple destruction, reconstruction of the kingship and return of the Exiles to Israel. This story influenced the lives of those who built the Second Temple and is a lesson that reverberates through history and our lives today.

Lecture #1: Location, Location, Location: The Power of Contextual Interpretation -Tehillim overview
Many commentaries have been used to understand each of the 150 songs of Tehillim; few relate to the meaning of their order and placement in the book. Contextual interpretation is an amazing tool that helps deepen our understanding of Tehillim based on this systematic method of analysis. The building blocks for the series are introduced in this lecture.

Lecture #2: Preservation of Nature – Human responsibility -The structure & story of Book I (1-41)
Tehillim 3-14, the first unit in Book 1, form a chiastic structure around its central mizmor, Tehillim 8. This mizmor describes the place of man in relation to God and the creation. The contextual interpretation will be used to show how parallel verses in proximal chapters surrounding this mizmor reinforce the concept that the respect given to man places upon him the responsibility to take care of creation.
The overall structure and story of Book 1, mizmorim 1-41, are presented using contextual interpretation.

Lecture #3: Creating a Model Society: Torah and the Davidic Kingdom -Tehillim 15-24
The second unit in Book 1, form a chiastic structure around its central mizmor, Tehillim 19. These mizmorim also provide a response to the problem of evil expressed in unit 1. Tehillim 19 poetically praises the Torah and its contribution to man. The contextual interpretation will be used to show how parallel verses in proximal chapters surrounding this mizmor reinforce the concept of our commitment to God, from nature which sings and praises God and the psalmist who describes his responsibility to Torah.

Lecture #4: Redundancy in the Tanakh? Tehillim 18, its parallels in Shmuel II 22 and its location in Sefer Tehillim

Why would the same chapter be repeated in two places in the Tanakh? What can we learn from the differences between these two almost identical texts? David’s song of thanks following his rescue from King Saul and his enemies and for the establishment of the future Davidic dynasty are repeated almost word for word in both II Samuel 22 and Tehillim 18. The contextual interpretation will be used to deepen our understanding of the seeming redundancy by its placement in Tehillim. The role of Mizmor 18 in the narrative of Unit II (15-24) is summarized.

What structural elements define a pair of psalms as fraternal twins? How does such a framework help us better understand the mizmorim that are located between them? Tehillim 25-34, the third unit in Book I, form a concentric circle around its central mizmor, psalm 29, which serves as the turning point between the adjacent previous and following mizmorim. Tehillim 25 and 34, fraternal twin mizmorim, frame the intermediate psalms which describe the gradual process experienced by the psalmist. Tehillim 25–28 describes the psalmist’s troubles coupled with his desire to become close to God and be in His presence. Tehillim 30-34 describes salvation, thanksgiving to God and a description of God’s dominion in the world.