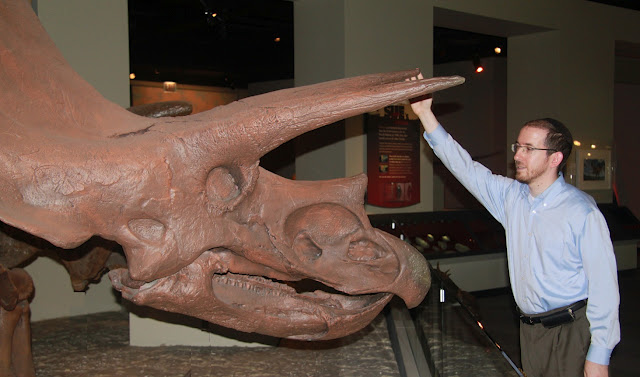 Program Date(s):
3:15 PM to 4:15 PM Sunday Jan 6, 2013
Leaders & Speakers:
Rabbi Dr. Natan Slifkin
Tweet
This exciting new eTiM series features Rabbi Natan Slifkin, "The Zoo Rabbi." "Combine an amateur zoologist and naturalist, a talmid chacham, and a gifted writer, and you get Rabbi Nosson Slifkin... Rabbi Slifkin is an all-around Renaissance man and his activities and achievements at such a young age are dizzying." Milk and Honey, Winter 2002 "Rabbi Slifkin has made a career of reconciling Jewish Scripture with modern natural history... With nine books to his name at age 29, he is a young up-and-comer in the sober world of Jewish scholarship." - The New York Times, March 2005 "Rabbi Natan Slifkin... popularly known as the "Zoo Rabbi" because of his consuming fascination with the animal kingdom and his Steve Irwin-esque pedagogical style... has emerged as a central figure in the ultra-Orthodox struggle to define the proper place of science within Judaism." - The Wall Street Journal, June 2007

Sunday, November 25, 2012, 10:15 am:
Rationalist Judaism: An important study of the vast differences between the rationalist and mystical approaches to Judaism, and a look at how the latter has overtaken the former.

Sunday, December 2, 2012, 10:15 am:
The Challenge of Ptolemy: Did the Sages of the Talmud believe the world to be flat? In the Talmudic era, the rabbis faced a challenge from Ptolemy in astronomy. The way that they coped with it is remarkably different from how it is commonly portrayed.

Sunday, December 23, 2012, 10:15 am:
The Challenge of Copernicus: It was not just the Church that felt threatened by heliocentrism – in the Jewish world, there was also vehement opposition, and with good reason. A look at the reaction to the “new astronomy.”

Sunday, January 6, 2013, 10:15 am:
Untangling Evolution: An original and analytical approach to a famous topic, very different from any other.