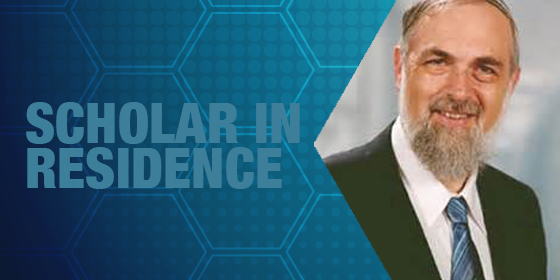 Join us as the Or Chaim Minyan welcomes another distinguished Scholar in Residence for Shabbat! Rabbi Yosef Carmel is the Rabbinical Dean of the Eretz Hemdah Institute for Advanced Jewish studies in Jerusalem, as well as the Av Beit Din of the Beit Din Eretz Hemdah-Gazit. Rav Carmel is a graduate of the Nir Kiryat Arba Hesder Yeshiva and was Rosh Metivta there for more than ten years. He was a combat soldier in the IDF during the Yom Kippur war as well as the first Lebanon war. Rav Carmel is a senior lecturer in Tanach at Jerusalem College since 1985. He also heads the 'Ask the Rabbi' program, which provides Halachic answers in English to questioners from around the world. Rabbi Carmel is the author of many articles on Tanach and Halacha; Tsofenat Eliyahu, a commentary on the Vilna Gaon’s commentary on the laws of financial damages in Shulchan Aruch Hoshen Mishpat; Tzofnat Yeshayahu: From Uziya to Ahaz, a commentary on the prophecies of Yeshayahu during one of the stormiest times in Jewish history; and eight volumes of Responsa B'mareh Habazak.

After Kiddush: An Overview of Yetzi'at Mitzraim