e-TiM: Living As an Orthodox Jew at the Highest Levels of Government 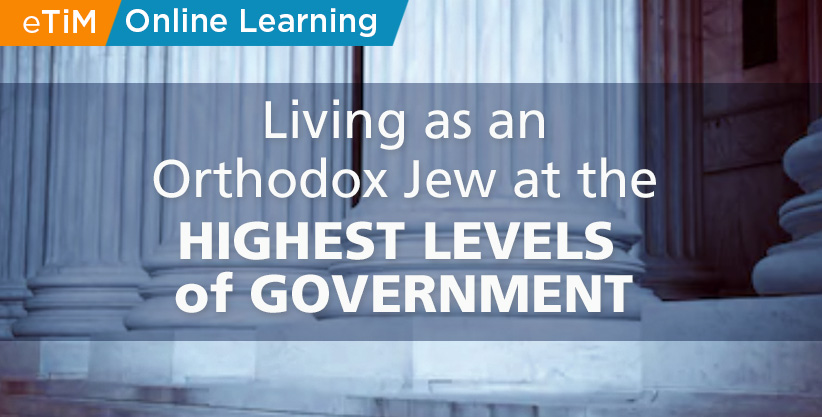 From 2001 to April 2004, Dr. Dov Zakheim, an Orthodox Jew, was Under Secretary of Defense (Comptroller) and Chief Financial Officer for the Department of Defense, and from 2002-2004 he was also DOD’s coordinator of civilian programs in Afghanistan. From 1985 until 1987, Dr. Zakheim was Deputy Under Secretary of Defense for Planning and Resources, playing an active role in the Department's system acquisition, strategic planning, programming and budget processes. He held other senior DOD posts from 1981-1985. Join us to find out what it's like to be Orthodox in the corridors of power.

Registering just once allows you to attend this and all classes in the entire e-TiM Sefirah Series.

To see other titles in the e-TiM Sefirah Series, click here.