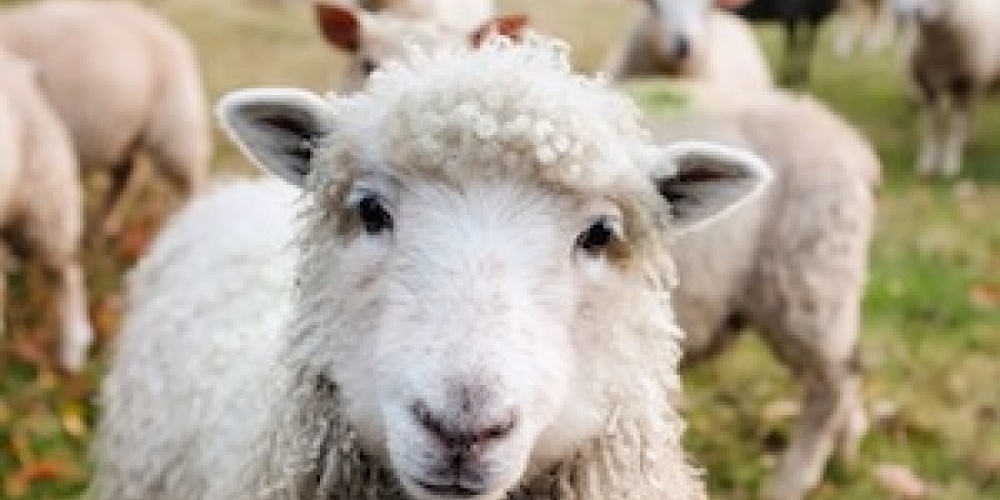 “The ox and goat of Yom Kippur are slaughtered in the north” (Zevachim 47a). As we discussed in our last post, the fifth perek of masechet Zevachim details where in the Temple each of the sacrifices were to be slaughtered, who could eat them, until when they could be eaten and what was to be done with their blood.

With the sacrifices of Yom Kippur offering atonement like no other, it makes perfect sense that the Mishna would begin with a discussion of the special sacrifices brought by the kohen gadol on Yom Kippur. Simply stated, they are the most important sacrifices of the year[1].

Notwithstanding the above, the Gemara questions the order of korbanot listed in the Mishna, wondering why the Mishna did not begin by discussing the korban olah. That would seem the most logical choice, as Sefer Vayikra opens with the korban olah and there is little reason to do otherwise in the Mishna. Unlike all other sacrifices, the korban olah is totally offered to G-d, with nothing consumed by human beings.

It was the korban olah that was brought on behalf of the Jewish people every morning and every evening. The korbanot mussaf that were brought on Shabbat, Rosh Chodesh and Yamim Tovim were korbanot olah.

Surely, this would be a better place for the Mishna to start than with the sin offerings of Yom Kippur.

Yet none of the above serves as the basis for the Gemara’s question. Rather, the Gemara suggests the korban olah is listed first because the fact that it is slaughtered in the north is specifically mentioned in the Torah itself (Vayikra 1:11), whereas the fact that a korban chatat is slaughtered in the north is “only” a derasha, something we can derive from the verse, but not specifically mentioned therein.

As is rather obvious, very little of Jewish law is actually written in the Torah, probably much less than 1%. The vast majority of Jewish law is derived from reading between the lines of the Torah, and a smaller minority is based on oral traditions passed from generation to generation. The Torah is the word of G-d and hence, what is written therein carries much greater significance than anything a human could write[2].

While the Torah itself, reflective of the Eternal G-d, cannot be changed, our understanding of it can and often is (or at least it did in the Talmudic period). Just because one generation of scholars reads between the lines of the Torah and interprets something one way doesn’t preclude another generation from reading it differently.

As we have discussed, it is for this reason that in his enumeration of the 613 mitzvot, the Rambam doesn’t count anything derived from “reading between the lines”. As those interpretations—and hence, the law—can change, they cannot be counted amongst the 613 Divine immutable commands. The written word of the Torah is in a league by itself.

So if the Torah specifically mentions that we are to slaughter a korban olah in the north but makes no such mention in the case of a korban chatat, then it follows that we should mention the korban olah first. That is the basis of the Gemara’s question[3].

And yet, the Gemara turns the question on its head. It is specifically because the korban chatat is derived from a derasha that “it is beloved to us” (Zevachim 48a).

That which we accomplish on our own is always more meaningful for us—even if it is G-d who is doing it for us. This is why Moshe could break the first set of luchot—written by G-d—but there was little fear he would break the second, as he had chiseled them himself. It is why many children of successful parents feel the need to strike out on their own. And it is why our Sages note that rabbinic law is sweeter to us than actual laws of the Torah (Avodah Zara 35a). What we accomplish ourselves is so much more meaningful[4].

Without G-d willing it so, all our efforts would be for naught. There are so many factors beyond our control that no matter how hard we work, how bright we may be, and how well we learn from our mistakes, without these outside factors aligning our way, we would have very little to show for our efforts. For every “successful” person there is someone just as smart and just as hardworking who just did not “make it”. Yet G-d in His benevolence allows us to feel that our success is primarily due to our efforts. This, despite the fact that such often prevents us from recognizing and thanking G-d (i.e., by increased tzedakah) for our success. But without that feeling of independent success, we could not truly take joy in our success. And that joy makes life so much more meaningful.

[1] This may explain why the corpus of Mishna begins with the mitzvah of kriat shema. Acceptance of the kingdom of G-d—the primary function of the shema—one can reasonably say is the most important concept of Judaism. At the same time, masechet Shabbat begins with the laws of carrying, as they were seen by the people as less important and thus, Rebbe Yehuda Hanassi wanted to stress their importance. Masechet Pesachim begins with bedikat chametz—one of the lesser important aspects of Pesach—as the masechet is set up in chronological order and thus, the laws of the seder are found only in the last chapter of the masechet. The editorial decision-making process of the Talmud is a fascinating study.

[2] As we discussed here, a hechsher mitzvah, a preparatory stage in a mitzvah (i.e., building a sukkah) takes on much greater status if that activity is mentioned in the Torah itself.

[3] What is most remarkable is that the Torah does tell us regarding the korban chatat that “you shall slaughter it in the place where you slaughter the olah” (Vayikra 4:24). It does not take much of a derasha to determine that the chatat, too, is to be slaughtered in the north. Nonetheless, being almost written in the Torah is not the same as actually being written. It’s kind like of alluding to someone’s name without actually mentioning it.

[4] This also explains why people often are most meticulous about minhagim, the least important aspect of Jewish practice. As they are products of the people—often the common people—people feel most attached to them. If such devotion leads to treating minor customs as biblical law, we run the risk of inverting the minhag—and minhag spelled backwards is “gehenom”.