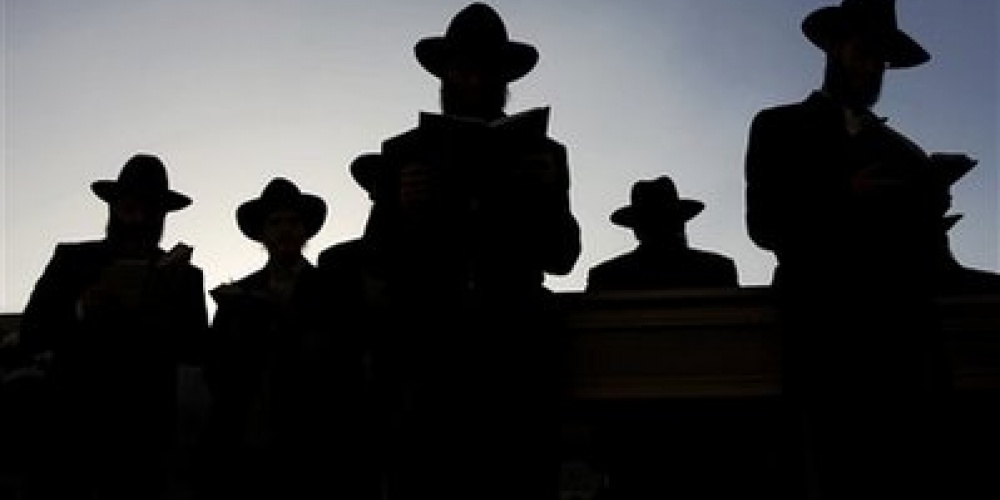 Mashechet Yoma delineates the special Temple service performed on Yom Kippur in great detail--and includes much discussion relating to the daily running of the Temple. It is easy to forget that the Beit Hamikdash was, first and foremost, "a house of prayer for all the nations" (Yishayahu 56:7).

As the kohen gadol exited the kodesh hakodashim, "he would offer a short prayer...he would not make the prayer long, so as not to frighten the people of Israel" (Yoma 51a). "And what did he pray? "Rabba the son of Rav Adda and Ravin the son of Rav Adda both said, 'May it be Thy will before You, the Lord our G-d, that this year should be a year of rain and hot weather[1]...Rav Acha the son of Rabba would conclude thus: 'May rulers not pass from the house of Judah, may the people of Israel not need to receive sustenance one from another, and may the prayers of travellers not enter before You (Yoma 53b)[2]'".

The essence of prayer is to ask G-d for our needs. G-d chose the land of Israel for the people of Israel specifically because, unlike Egypt, it was a land dependent on rain, helping the Jewish people realize that our sustenance comes from above (Devarim 11:10-12). Rain, while essential, is inconvenient for travellers, who in ancient times travelled in open caravans; hence, the prayer of the kohen gadol to ignore the prayers of the travellers praying for a delay in the rains. Sometimes, the few must be inconvenienced for the needs of the many.

Nonetheless, to this day--in a beautiful display of sensitivity--Jewish law states that those who live in Israel begin to add the prayer for rain, v'ten tal u'matar, fifteen days following Shimini Atzeret (7 Cheshvan). That is the length of time it would take for the last of those who were oleh regel, who traveled to Jerusalem for the holiday of Sukkot, to return to their homes. To pray for rain while those who, at great effort, travelled to Jerusalem for the holiday were returning home would demonstrate a certain lack of sensitivity (Taanit 4b).

While this ruling may appear to contradict the prayer of the high priest, such is not necessarily so. The high priest represented the people of Israel, and there was little choice save to make the needs of the individual subservient to the need of the many. But there was no need for all to do such. Our Sages felt it more important that each individual Jew be sensitized to the needs of the other--even at the expense of his own needs--and that it would be better if one began the prayer for rain a couple of weeks later.

Entering the Holy of Holies, the holiest place on earth, was a moment of great opportunity, and hence, it was fraught with great danger. If the high priest was worthy, it enabled the forgiveness of the Jewish people; and if he was not worthy, his life was at risk. More than a few did not emerge alive from their encounter with the Divine presence.

To save the Jewish people from the need to wait in suspense, fearful that the his prayers might end in his death, the kohen gadol shortened his prayer. This is another indication of how we must be sensitive to the needs of others when we pray.

The Gemara relates how "there once was a kohen gadol who lingered in his prayers. When his colleagues rebuked him, he responded, 'Is it bad in your eyes that I prayed for you and for the Temple that it should not be destroyed?' They answered him, 'Do not be accustomed to do so, for we learned "he would not make the prayer long, so as not to frighten the people of Israel'" (53b).

The Jerusalem Talmud notes that this was none other than Shimon HaTzadik, who was of the "remnants [of the men] of the Great Assembly" (Avot 1:2). It was he who taught that the world stands on the three pillars of Torah; avodah, worship, and gemilut chasadim, acts of kindness.

Avodah, worship of G-d, involved sacrifices and prayer[3]. And the two were combined on Yom Kippur in the Holy of Holies. Even or perhaps, especially a tzadik, immersed in worship of G-d, may forget that our prayers must be tempered so that they become an act ofchesed towards others.

[1] In a question that one who experiences a Canadian winter would never pose, the Gemara asks, "Is heat to our advantage?" and answers that the kohen gadol prayed that if it should be hot, there will be more rains to compensate for the dry ground.

[2] Our Machzor contains a much longer version of this prayer. Apparently, the prayer was not fixed, but adjusted for the needs of each year (see Rashbam, Bava Batra 147b, s.v. letifilatoh shel kohen gadol).

[3] The most common meaning of the word avodah is work, giving additional meaning to Shimon HaTzadik's dictum. Besides the practical benefits of work, many sources point to work as a means of serving G-d. G-d placed man in Gan Eden le'ovdah u'le'shomrah, to work it and to guard it.