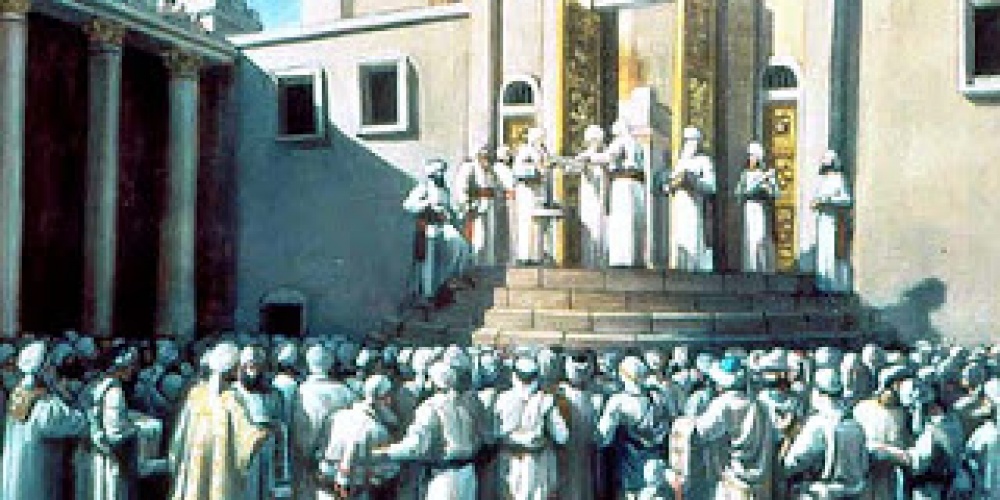 The opening Mishnah of Yoma teaches that a backup kohen gadol was to be prepared lest the kohen gadol become tameh, ritually impure, and thereby unable to perform the avodah, ritual service, on Yom Kippur. What happened in those cases where the backup actually had to fill in?

"Our rabbis taught: if a disqualification occurred and another was appointed in his stead, the first returns to his service and the second has all the mitzvot of the priesthood upon him, these are the words of Rabbi Meir" (Yoma 12b). Even though one may have only served as the kohen gadol for a day or two, he retains his exalted status as akohen gadol. While in terms of the Temple duties the original kohen gadol gets his job back, the backup kohen gadol would continue to wear the special garments worn by a high priest and be subject to the special laws pertaining to the kohen gadol, such as the prohibition to attend the funeral of a close relative or to marry a widow--once a kohen gadol, always a kohen gadol.

Rav Yossi disagrees and rules that the backup kohen gadol is "unfit both for the role of the kohen gadol and for that of a kohen hedeyot, a regular kohen". The Gemara explains that to have two high priests share the responsibility would be a source of constant friction, and to have one who served as a high priest relegated to serving as a regular kohen would be demeaning--violating the principle of  "we go up in holiness, and we do not go down". It would be somewhat akin to the President of the United States becoming a congressman.

The Gemara follows with the ruling of Rabba bar bar Channa in the name of Rav Yochanan that the halacha follows the view of Rav Yossi, i.e., that the second kohen gadol is forced to retire. Tosafot is bothered by this ruling; not because there is some contradictory source stating the halacha is like Rav Meir, but by the fact that any ruling was issued on this topic. This is hilchata lemeshicha, a law that will be only apply in the Messianic Era, so why is the Talmud issuing a ruling on this topic, they ask.

One might assume that the Tosafist's question stems from the impracticality of this issue; but one would likely be mistaken for thinking such. Rather, their question reflects a fundamental understanding of the nature of Jewish law. While many view thehalacha as set down in the Gemara and codes of Jewish law as unchanging, such is a simplistic (and ultimately incorrect) understanding of Jewish law.

While the Jewish people have accepted the authority of the Talmud and its rulings are sacrosanct, in the Messianic Era the determination of Jewish law will no longer be based on written texts, as it reverts back to its original oral form. As an oral tradition, each generation will have the ability and obligation to interpret the Torah as they understand it, not being bound by the rulings of prior generations[1]. While during the second Temple period, the law may have been in accordance with the view of Rav Yossi, it could very well be that when the third Temple is rebuilt, the Sages of that time will rule in accordance with the view of Rav Meir, rendering the Talmudic ruling a meaningless gesture[2].

While the Talmud is the lifeline of Jewish learning and, practically speaking, is more important even than the written Bible itself, it is imperative that we recall that the Talmud as a written text only exists because of tragic historical circumstances. We look forward to the day when the Talmud will be little more than a very important body of precedent, and Jewish law will revert to its original form: oral, dynamic, and much more fluid.

[1] For further elaboration of this thesis, see the introduction to theDor Revi'i, a commentary to mashechet Hulin by Rabbi Moshe Shmuel Glasner, the eldest great-grandson of the Chatam Sofer, here. For an English translation see here, especially the last two paragraphs.

[2] For those concerned more with answers than questions, Tosafot explains that this ruling does have an immediate practical concern; when public servants are forced to step down due to circumstances beyond their control, they would be entitled to their job back, while their replacements would still need to be shown proper honour for their role.