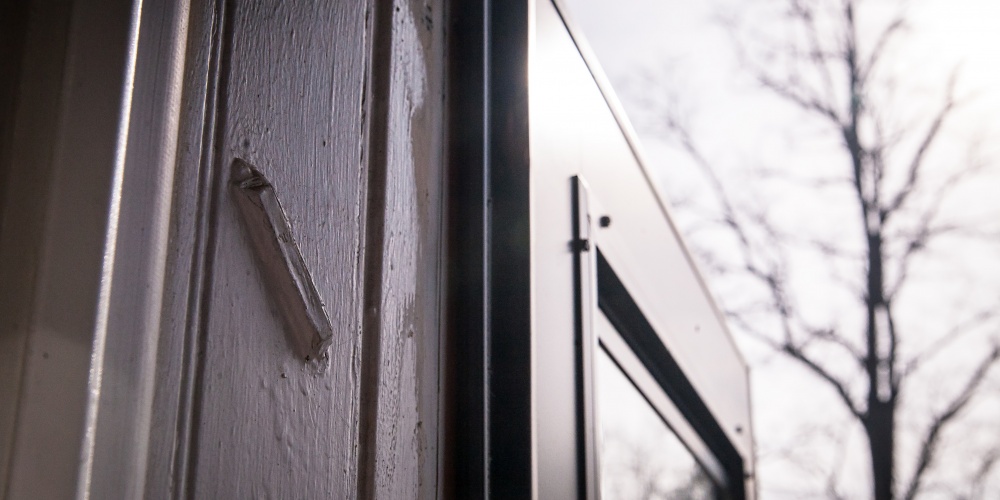 “And you shall write them on the doorposts of your house” (Devarim 6:9). The mitzvah of mezuzah is a most beloved and popular one—and many a Jew far from traditional practice proudly identifies his home as a Jewish one.

The obligation to have a mezuzah only applies to beitecha, your home, a place set aside for dwelling—exempting, for example, a shul, which serves as a place of prayer.  Yet the actual definition of one’s home is not always crystal clear.  “All the chambers that were in the Temple did not require a mezuzah, with the exception of the lishkat palhedrin, which was the home of the kohen gadol for the week prior to Yom Kippur” (Yoma 10a). Rav Yehuda disagrees, noting that there were other chambers where people lived that did not require a mezuzah. The obligation for a mezuzah, the Gemara suggests, only applies to a permanent home, one lived in during winter and summer; and “vacationing” somewhere for one week a year does not qualify.

Interestingly, Rav Yehuda does require a mezuzah for a sukkah as he is of the view that a sukkah is a dirat kevah, a permanent dwelling place—even if only for seven days a year. If the Torah tells us to leave our home for a week, our new abode is to be our new home. The Sages disagree, presumably of the view that the entire point of leaving our home is to teach that there is no permanence in material blessings.

In any event, Rav Yehuda’s view in the case of a sukkah would indicate that the fact that one does not live in a home throughout the year is not the decisive factor in determining the requirement for a mezuzah. The debate as to whether the lishkat palhedrin requires one revolves around the question of whether dira baal korcha, a dwelling place forced upon us, is to be considered a home. Rav Yehuda is of the opinion that a home is a place that one chooses to live; whereas the Sages consider one’s abode his home, regardless of why he may live there.

Tellingly, even though one is “forced” to leave one’s home and dwell in the sukkah, the performance of a mitzvah is something done (we hope) willingly and with joy[1]. While exempting the lishkat palhedrin from requiring a mezuzah biblically, Rav Yehuda does agree that on the rabbinic level, a mezuzah is required, lest “they say the kohen gadol is locked in jail”.  While we “forcibly” remove the kohen gadol from his home, the placement of a mezuzah demonstrates that such is done with excitement—as opposed to a jail cell, where no mezuzahs are required.

It’s one thing to debate whether temporary homes are considered beitecha; it’s quite another to discover that your permanent home may not be considered your own. Such is the case, at least according to some views, for those who live in Jerusalem.

“Jerusalem was not divided amongst the tribes” (12b) and thus, all its dwelling places—even the “private” ones—are considered public property (though they still require a mezuzah). As public property, no rent was allowed to be charged[2]. Those who live in Jerusalem must act as trustees of the Jewish people, the collective owner of Jerusalem.

Jewish thought tries to instill in us—difficult as it may be—that ultimately, all belongs to G-d; and that we are mere custodians, empowered to use such only in keeping with the will of G-d.

In whichever house we may find ourselves, we should strive to follow in the footsteps of David HaMelech, who had but one request: “One thing have I asked of the Lord…may I dwell in the house of the Lord all the days of my life” (Tehillim 27:4).

[1] Even when one is forced to do a mitzvah involving corporal punishment—such as giving one’s wife a get, thus preventing her from becoming an agunah—the Rambam rules that such compulsion, deep down, reflects the Jew’s desire to do what is right. He just needs some prodding until he says, “I want to do this”.

[2] Presumably, the hotel industry follows the view that Jerusalem was divided amongst the tribes…