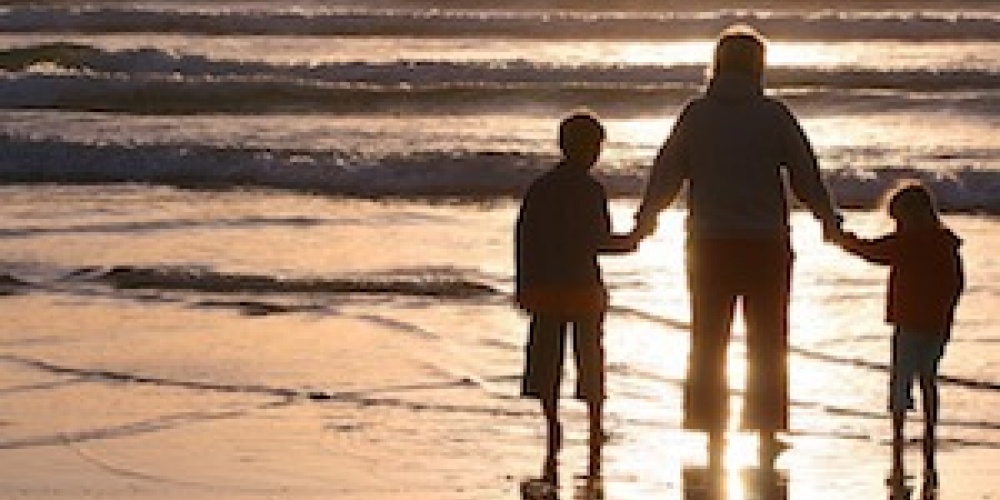 The command to respect our parents, kibud av v'eim, is one that needs little explanation. It is the most rational and logical of mitzvoth, one that we would observe even were we not commanded by the Torah to do so, and one that we expect all human beings to perform. Unlike Shabbat, which precedes it in the aseret hadibrot, no rationale is given for this mitzvah; none is needed.

The Talmud (Kiddushin 31a) claims that the nations of the world came to appreciate the beauty of the Torah as a result of this command. The classic cases presented in the Talmud to demonstrate the lengths to which one must go in observing this mitzvah are those involving non-Jews. Even Eisav is extolled and praised for his performance of this mitzvah.

Yet all is not quite so simple. While in parshat Yitro no explanation is given for the mitzvah, in parshat Vaetchanan, the Torah adds the phrase “as the Lord your G-d has commanded you” to the command of kivud av v’eim (Devarim 5:16). As all mitzvoth are commanded by G-d the placement of this phrase here requires explanation.

Kibud av v'eim is much more than a rational mitzvah expressing our gratitude towards our parents. It reflects an element of Divine decree that may at times defy logic. How else can we explain the law that one must show reverence to a parent who publicly embarrasses their child, or the ruling that a mamzer, an illegitimate child, must still fulfill this mitzvah despite the fact that the parents’ adultery is the direct cause of the child’s inability to marry within the community (Yoreh Deah 240)? It is not by chance that kibud av v'eim is grouped with those commands that reflect our relationship to G-d and not with those that focus on our relationship with our fellow man.

Viewed in its historical context the Divine element—“as the Lord your G-d has commanded you"—becomes readily understandable. The people to whom the second set of dibrot are addressed, namely the generation that was to enter the land of Israel, wandered aimlessly in the desert due to the sin of their parents. One might argue that this earlier generation's failure made them unworthy to be treated with the special respect due to parents. While this may be true viewed on the level of man to man, it is irrelevant when considered on the level of man to G-d. We must honour our parents even if they are unworthy of respect, if not for their sake, then for ours.

This mitzvah is not an easy one to fulfill. While from a human perspective that which we call respect may be sufficient, G-d demands much more. Though Rav Tarfon (Tosafot, Kiddushin 31b, s.v. Rav Tarfon) would wait by his mother’s bedside and literally lift his mother up so she would not have to walk on a cold floor, his colleagues reminded him that he did not even fulfill half the honour due his mother. Owing to the almost Herculean tasks required to fully observe this mitzvah, our Sages recommend that parents waive the honour due them.

The Talmud notes that as a reward for observing this mitzvah, Dama ben Netinah, a non-Jew from Ashkelon, merited the birth of a para adumah, a red heifer. The law of the red heifer, needed to purify those who came into contact with death, is the ultimate chok, whose rationale defies explanation and is predicated on Divine decree only. Both the rational and the seemingly irrational are observed as Divine imperatives.

While there are specific commands to love G-d, our spouse, our fellow human beings and the stranger, oddly none exists with regards to our parents. And this is no accident. It is kavod and moreh, service and awe, which define the relationship between child and parent. And these must be observed whether one loves one's parents or not.

Moreover, the Torah could not command us to love our parents. A loving relationship is one in which the partners are equal. A marriage must be predicated on the equality of the spouses and is rooted in love not fear. Parents and children are not equals and a healthy distance, expressed by the imperatives of service and awe, is required. We may not call our parents by their first names, sit in their seats or even (in theory) argue with them regarding their political views.

Our parents are our link to our heritage, our Torah and G-d. Ironically, man's unbridgeable distance to G-d allows the Torah to command that we love Him, even as we remain in awe of Him.

Loving G-d means yearning to come as close as possible to Him by studying His works, be they Torah, nature and perhaps most of all, by expressing that love through our love of those created in His image. Leading us on that path are our parents, G-d's partners in the creation of man. May we display the proper kavod to those who created us and merit the blessing of the Torah "that your days will be long and it will be good with you” (Devarim 5:16).

Shabbat 69: What Time is It? »
Bamidbar: Change for the Better  »
Yom Yerushalayim: Natural and Supernatural »
Bechukotai: A Proper Ending »
Shabbat 63: I Did Not Know  »
Shabbat 33: Silence is Golden »
Emor: A Second Yom-Tov »
Shabbat 32: The Uneducated Jew  »
Acharei Mot-Kedoshim: On Our Way »
Shabbat 31: Farming and Faith  »