Yevamot 52: Living With Your In-Laws 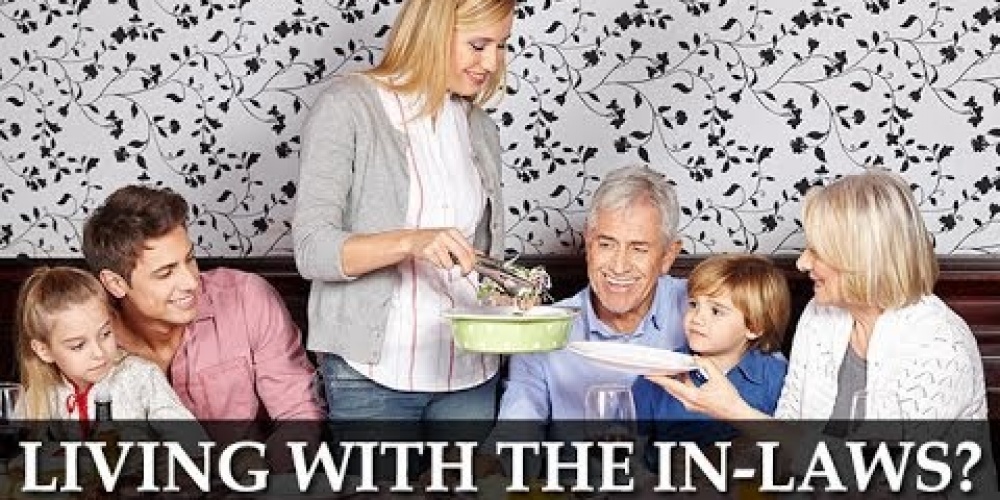 “Rav ordered that lashes be given to any person who betrothed by cohabitation, who betrothed in the open street, or who betrothed without previous negotiation; who annulled a letter of divorce, or who made a declaration against a letter of divorce; who was insolent towards the representative of the rabbis, or who allowed a rabbinical ban upon him to remain for thirty days and did not come to the Beit Din to request the removal of that ban; and of a son-in-law who lives in his father-in-law's house” (Yevamot 52a).

Presumably, these activities were prevalent enough that Rav felt that action needed to be taken. Tellingly, none of the above are--strictly speaking--prohibited, but such is beside the point. These are actions which bespeak a lack of self-respect, and even if some had been acceptable at some earlier point in history, by the time of Rav (third century CE) they were acts no respectable person would do. It is specifically their “permissible status” on a technical level that likely prompted Rav to take such a strong reactive stance. Focusing too much on technical detail can lead to destruction: “Jerusalem was only destroyed because they insisted on following the letter of the law” (Bava Metziah 30b).

In our last post, we discussed the first case, in which Rav gave lashes for those who marry by cohabitation alone, focusing on the physical side of marriage while ignoring the sanctity of such. I would like to focus on the last of the seven cases, that “of a son-in-law who lives in his father-in-law's house”. This seems like a strange reason to give lashes. Can one not argue that this is a beautiful display of family togetherness? Was it not the norm in Europe that there would often be three, maybe even four generations under one roof?

In discussing this case, the Gemara asks why Rav gave lashes only to those who live with their father-in-law. After all, Rav Sheshet gave lashes to one who merely passed by his father-in-law’s home! To this, the Gemara responds that in this particular case, there was a suspicion of illicit relations and thus, no general conclusions can be drawn from this most unusual case. Just as we generally allow and encourage one to visit their in-laws, presumably there should be no reason to frown upon one who lives in the home of his father-in-law[1]. And in fact, the Gemara immediately records the view of the Sages of Neharda, that Rav only gave lashes to those who betrothed by cohabitation, or who betrothed without previous negotiation. As Tosafot notes, we rely on the view of the Nehardins, and one may live with his in-laws without fear of lashes.

What about the view of those not from Neharda? Why did Rav order that lashes be given if one lives with his father-in-law, especially if we are not concerned with sexual impropriety?

Living with one’s father-in-law is a recipe for disaster, as amply demonstrated by the relationship between Yaakov and Lavan (as we read this past Shabbat). Tension with in-laws is unavoidable even in the best of relationships, and living under the same roof does not help.

The Gemara notes that a mother-in-law has a natural dislike for her daughter-in-law[2], which may explain why it's more common to live in the daughter's parents' home--though that, too, is rarely ideal.

It seems to me the Rav was teaching the importance of independence. Children are their parents' responsibility, and the parental home is where they belong up and until they marry[3]. At that point, one must “leave his mother and father and cleave unto his wife” (Breisheet 2:24). When one marries, it is time to create one own’s home.

Even as Tosafot explains that we do not follow Rav’s dictum, that is only because we “rely” on the view of Neharda. It is not the ideal even if, at times, it is the best option. Meticulously adhering to the ketuba would enjoin one from having his wife work to support the family while the husband finishes school, yet at times that is the best--and even temporarily, the ideal--option. There are good reasons why one might live in his father-in-law's home on a temporary basis. While it is hard to define "temporary," as Lavan and Yaakov indicate, twenty--and even seven--years seems to be too long.

[1] That being said, one of the most fascinating responsa of 18th (or any) century is the one addressed to the Noda B’Yehuda, Rav Yechezkel Landau, Chief Rabbi of Prague. The case involved a yeshiva student who-- as was the common practice--boarded at a local home, in this case, the home of a local Rosh Yeshiva. This boy became engaged to the daughter of his hosts, yet was also having an affair with his future mother-in-law. When he sought to do teshuva, he turned to the Noda b’Yehuda. Beyond the question of how he could do (at least partial) teshuva was whether the husband should be told and if so, was he obliged to believe him and thus, be forced to divorce his wife?

[2] Of course, there are many exceptions, starting with the beautiful relationship between Naomi and Rut. Yet our Talmudic sages were expressing an all-too-common reality.

[3] Please do not understand this as a comment on whether kids should move out after high school. This is a comment reflecting the Talmudic norm, that one trained for employment at a young age and married soon thereafter. It is most difficult to draw parallels to today's topsy-turvy world.