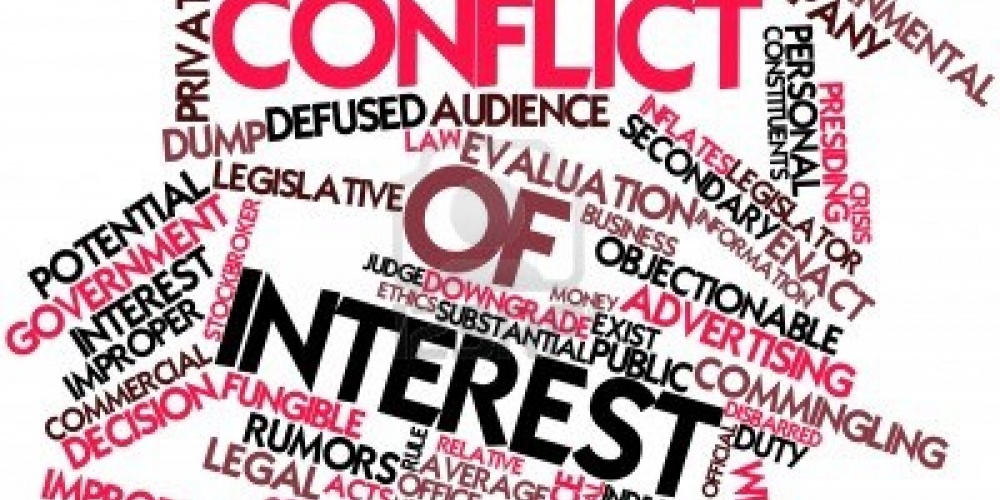 Innocent until proven guilty is a fundamental norm of Western jurisprudence. This concept goes back until at least Talmudic times, when our Sages assert that all Jews have a chezkat kashrut, a presumption of honesty. Yet as human beings, we are inherently biased--"man is close to himself" (Yevamot 25b)--and, try as we may, we can never be 100% objective. Generally, such biases can be, at least from a legal perspective, ignored. However, at times the overwhelming power of self-interest can colour--consciously or not--our perception of the truth. The Torah makes this explicit regarding a monetary bribe. Even if given to ensure that the judge renders an honest decision, bribery "will blind the wise and pervert the words of the righteous" (Devarim 16:19 and see Rashi). More common are the subtler forms of influence brought to bear on us.

"One who brings a get from overseas and says, 'It was written and signed in my presence', may not marry the wife" (Yevamot 25a).

In Talmudic times, there was much uncertainty as to whether documents of divorce written outside of Israel were written lishma, with the proper intent. In order to ensure the validity of a "foreign get", only one witness (as opposed to two) was required to testify that the get was properly written. And it is based on this testimony that the get can be delivered. However, allowing this messenger to then marry the woman for whom it was written calls his objectivity into question. And even if he did not relax his vigilance in ensuring the validity of the get, the optics of such a marriage are not right and might cause unsavory rumors.

The (next) Mishnah (Yevamot 25b) continues with a variation of the above. In this instance, a women took a vow not to derive any benefit from her husband--effectively, a vow that would result in divorce.  Realizing that she "spoke too soon", she approaches a rabbinic scholar to release her from her vow and thus, save the marriage. However, the rabbi is unable to find an opening to allow release from the vow.  As the release from vows is an area with little to base itself on--"the annulment of vows is floating in the air, and has little to rely on" (Chagigah 10a)--there is little way of knowing if his inability to annul the vow was genuine or influenced by his desire to marry the woman. By forbidding him from doing such, we eliminate such a possibility, and the murmurings that would undoubtedly follow.

Yet there needs to be some reasonable basis for arguing that a messenger, and how much more so a rabbinic judge[1], might allow his personal biases to impact on his legal decision-making. "And all of them, if they had wives who [subsequently] died, are permitted to marry them" (Yevamot 26a). If the messenger bringing the get from overseas or the rabbinic judge upholding the vow were married at that time, and some time later become widowed, at that point, we would allow them to marry the woman in question. To suspect untoward bias in such a situation is a bit farfetched. True, polygamy was allowed, but there is little reason to suspect that one who is presumably happily married would be less than honest in order to marry this second woman.

However, the Gemara notes that such marriage is permitted only if his wife dies. If he divorces his wife, we must fear that he did so in order to marry this woman whose get he brought, or whose vow he validated[2]. Thus, once again, we must forbid marriage to the second woman, and remove any motivation to be less than 100% honest.

Of course, there really is no impediment that prevents these people from marrying these woman. If they are so inclined, they must refuse to be involved in any legal cases impacting upon this woman--which would be the case if they were actually married. We will allow one, sadly, to divorce his wife for another woman; but we cannot mix the personal and the professional. Such acts endanger both.

[1] The fact that many find this assertion less than obvious is testimony to a great decline in the stature of the rabbinate.

[2] This, in turn, is true only when the marriage was solid up until that point. Had it been known that the couple was bickering prior, the divorce would be attributed to that, allowing the marriage to take place.