Yevamot 2: Yours to Discover 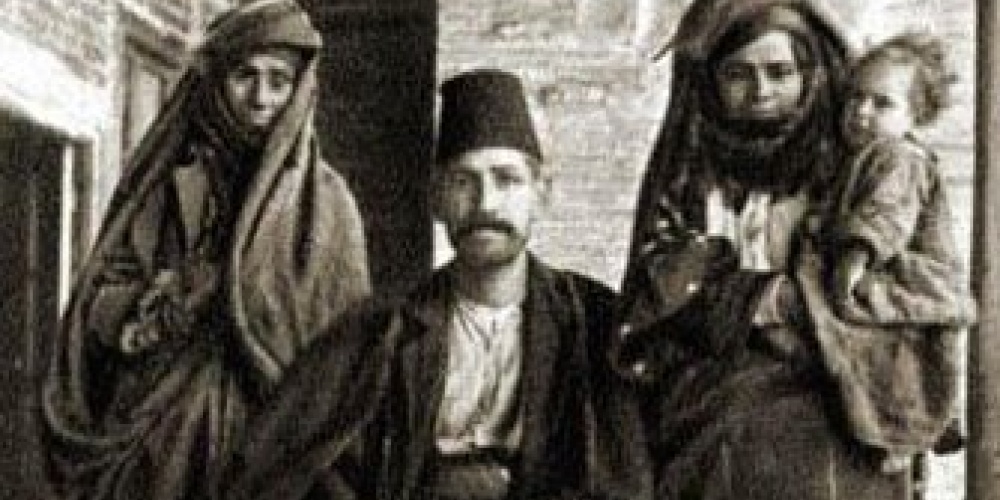 Masechet Yevamot opens by listing the fifteen women who "exempt their co-wives and the co-wives of their co-wives from chalitzah and yibum, ad infinitum" (Yevamot 2a). Under normal circumstances, when a man's brother dies childless, a surviving brother must either marry the widow (yibum) or free her to marry others through the chalitzah ceremony. If the deceased had many wives, one need only do yibum or chalitzah for one of the wives and, at that point, all the wives can remarry.

However, if one of the wives is related to the surviving brother--for example, if Reuven marries his niece, the daughter of Shimon, and then passes away--she is free to remarry even without chalitzah. As a father (in this case Shimon) cannot perform yibum on his own daughter, she is free to marry whom she pleases. If one can't do yibum, there is no need for chalitzah.

The Mishnah then goes a step further: not only can the daughter remarry without the benefit of chalitzah, but so can all her co-wives[1], despite the fact that they are not related to Shimon. Furthermore, if one of these unrelated co-wives then marries a third brother, Levi, who subsequently dies, neither Reuven nor any other surviving brother would need to do yibum or chalitzah with this unrelated woman. This applies to her and to any other co-wives she may have shared with Levi. And on and on it goes, so that if one of these new unrelated co-wives marries Yehuda, who then dies, neither she nor any of her co-wives need yibum or chalitzah. The fact that this wife can be linked to a relative of a surviving brother through a series of shared husbands is enough to exempt them all from chalitzah or yibum.

The Mishnah teaches that there are fifteen women who set this exemption into motion, beginning with one's daughter (i.e., Reuven married Shimon's daughter, and then passes away) and ending with one's daughter-in-law (Reuven married Shimon's daughter-in-law--possible after her divorce from Shimon's son). In these cases, there is no need for Shimon to do chalitzah with any of the wives. The Gemara derives these exemptions from the case of two brothers who marry two sisters and then, one of the brothers dies. It is here we are told that the surviving brother may not do yibum with his sister-in-law as that would lead to a situation of one being married to two sisters. The Gemara then uses exegesis to expand this exemption to the other fourteen relatives.

If so, the Gemara wonders why the first case listed in the Mishnah is that of a brother marrying his niece, and not the primary case of two brothers who marry two sisters? To this, the Gemara responds, "since [the case of his daughter] is derived by derasha, exposition, it is more beloved" (Yevamot 2b). There is a world of difference between being spoon-fed something, even if by G-d, and discovering it yourself. The latter is much more beloved, even more so than the words of the Torah themselves. The words of the Torah may be holy, but the human input into Torah is holier still. It is the Oral Law, the one developed by man, that is the essence of Torah. "G-d established His covenant with the Jewish people only because of the Oral Law" (Gittin 60b).

The fact that co-wives of the fifteen relatives are free to marry without chalitzah is based on textual analysis, the underlying prohibition of marrying a relative is mentioned in the Torah in regard to two sisters--but, most interestingly, is not mentioned regarding one's own daughter. Such a prohibition is derived by a kal vachomer, a fortiori, from the fact that the Torah prohibits incest with one's granddaughter. If such is prohibited with a granddaughter, how much more so with a daughter? [2]. The Gemara thus explains that this verse is (also) referring to anusat bito, when one fathers a child out of wedlock. That child then marries her uncle[3], who subsequently dies childless. If not for the derasha, the rabbinic explication of the text, one might have thought that this child born of wedlock would require chalitzah even from her own father.

While in actual fact, a daughter born out of wedlock is to be treated no differently than a daughter born through marriage, the fact that the Torah does not say so explicitly is striking. While the father may want to ignore his responsibilities to this perhaps unwanted child, our Rabbis would not let him do so. And it is this daughter who is the first one mentioned as we begin Masechet Yevamot.

[1] The term used to describe the relationship between co-wives is tzarot, literally, problems; a good indication of what is in store when women have to compete for the love of their husband.

[2] While the above is obvious the fact that the Torah does not mention such explicitly forces our Sages to use a gezeriah shava, a technique where based on the use of a similar word a law that applies in one context is then applied to the other, to establish culpability. Without  such textual support - even if between the lines a court is not allowed to convict (see Rashi Vayikra, 18:10).

[3] Marrying the child of one's brother born out of wedlock was an act of great kindness. Until very recently, the stigma attached to such a person, who herself did no wrong, was so great as to make finding a marriage partner difficult.