Why Can't We Marry? Yevamot 59 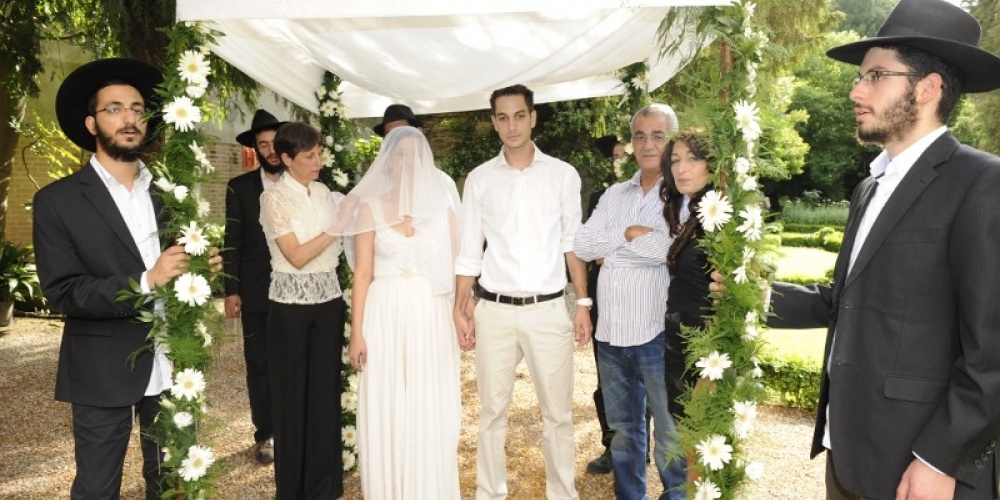 To Western man the notion that one must marry somebody in specific or even that restrictions be placed on the choice of a marriage partner is an unacceptable encroachment on personal freedom and autonomy. Yet until relatively recently this notion was accepted by all and is still the norm in many parts of the world.
As a general rule Judaism adopts the "western model"; the notion of coerced marriage is mostly foreign to our way of thinking. Our rabbis derive this from Betuel[1] and Lavan asking Rivka if she wants to accompany Abraham's servant to marry Yitzchak (see Rashi Breisheet 24:57). Forcing someone to marry against their will was something beneath even Lavan[2]. In the one case[3] where the Torah "requires" one to marry a specific person, that of yibum, the Torah allows for chalitzah lest people be forced to marry against their will.
While we may not coerce one into marriage the halacha often restricts one from marrying certain people. It is those most involved in public life; the king, the kohen and the kohen gadol upon whom greater and greater restrictions are placed regarding marriage.
"The kohen gadol may not marry a widow, whether she was widowed from betrothal or from marriage ,and he many not marry one who has reached the age of adolescence. Rabbi Elazar and Rabbi Shimon allow him to marry an adolescent" (Yevamot 59a).
Implicit in these restrictions is I believe a most beautiful message about love and marriage. Placing restrictions on marriage does involve a certain curtailment of free choice, one that many brought up in the West find somewhat hard to accept. Is it really fair that akohen cannot marry a divorcee? Yet once we acknowledge that marriage is to be based on love these restrictions become easier to understand.
True love is something that takes time and effort to develop. While infatuation happens immediately - and often wears off just as quickly - love requires hard work. To show love means to demonstrate our sensitivity to others,compassion, patience and the art of compromise. One cannot fall in love with someone one has recently met. One may be attracted to them, want to spend time with them and even fantasize about marrying them. However one cannot, at this point, truly love them. And unlike beauty the longer we stay happily married the greater that love grows.
If one knows that one may not marry someone it is easy to ensure one will not fall in love with them. Don't date them and you will easily avoid the heartbreak of being unable to marry one you love[4]. As the Ibn Ezra notes on his commentary to lo tachmod(Shemot 20:13), the peasant is not jealous of [the one married to] the king's daughter as he knows that is an impossibility to marry her.
"[If] he betrothed a widow and was then appointed kohen gadol he may marry her... if one awaiting yibum fell before a kohen and then he was appointed kohen gadol even if maamar  was done he may not marry her" (Yevamot 61a).
While love takes time to develop by the time of betrothal one can expect the couple to be in love. While not yet living under the same roof they do, the Gemara (61a) explains, have the status of husband and wife. Their marriage may be completed despite the fact that it is now a kohen gadol marrying a widow.
However the emotional framework of yibum is radically different. One is not marrying out of love but rather to preserve the legacy of one's deceased brother. Too much romantic feeling may run afoul of Abba Shaul's view "If a yavam marries his sister-in-law on account of her beauty, or in order to gratify his sexual desires or with any other ulterior motive, it is as if he has infringed the law of incest; and I am even inclined to think that the child [of such a union] is a mamzer"(Yevamot 39b).Their relationship is not one of husband and wife but of yavam and yevama. Hence if the marriage has yet to be consummated before he is appointed kohen gadol they may not marry. It is only once they marry that they are deemed husband and wife.

Love comes in many forms and is the glue that keeps us together. A Jew must love the convert, G-d one's neighbour and as the Gemara explains the closest "neighbour" one has is their spouse.

[1] The Midrash claims that an angel killed Betuel who tried to prevent Rivka from going with the servant. The Midrash would interpret the phrase "and they called Rivka and said to her: will you go with that man" (Breisheet 24:57) as referring to Rivka's mother and brother Lavan.

[2]While Lavan had little qualms about tricking Yaakov he did not force Leah to marry Yaakov. Our Sages assert (see Rashi Breisheet 25:25) that in order not to embarrass Leah, Rachel and Leah were in agreement that Leah should marry Yaakov. For the moral justification of such, please see here.
[3] The Torah gives a woman who was raped the option to force the rapist to marry her a notion that admittedly sounds repugnant to our ears. Such I would argue was also repugnant to the Torah's sense of ethics; however the Torah understood that often no one would marry a woman who was raped (just look at the numbers of women who are murdered even by their own families after being raped) and gave the victim the option of to demand marriage.

[4] This is akin to the prohibition of stam yeinam, where the rabbis forbade one to drink the wine of a non-Jew. By limiting the opportunities for social interaction they greatly lessened the chances of intermarriage occurring.