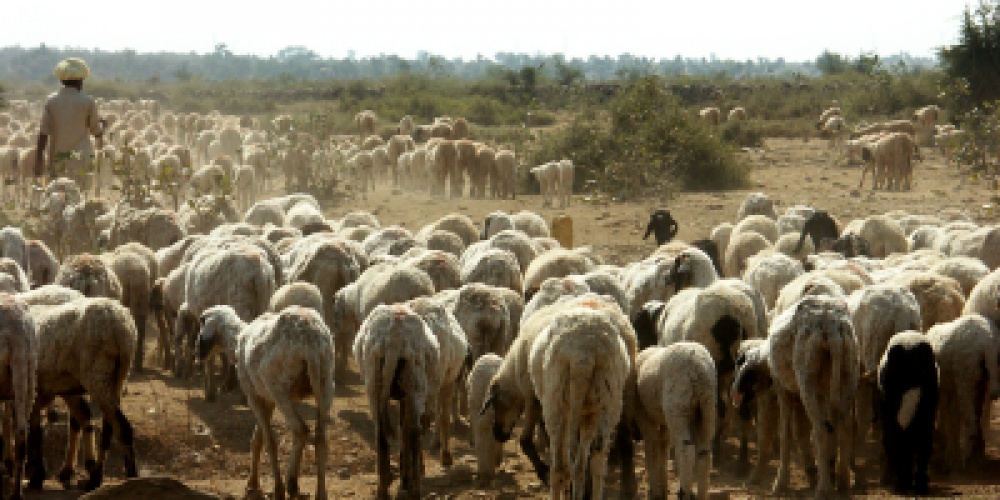 “And Jacob was a pure man, dwelling in the tents” (25:27). Like his father before him, Yaakov had little interest in the wider world surrounding him; he preferred to remain near home, engrossed (in the view of our Sages) in study. He was the direct opposite to his twin brother, who was “a man of the field”. The fact that Yaakov is cooking soup while his brother is out hunting—apparently for sport, as he returns from the hunt famished—exemplifies their very different personalities.  But as is often the case, circumstances have a profound effect on one's initial plans. The quiet life of Yaakov would not last long.

Like his father, Yaakov is quite passive as others act upon him. It is his mother who encourages him (perhaps insists is a better word) to dress like his brother in order to deceive his father. Despite Eisav's anger and hatred towards him—he states that once Yitzchak is dead, he will kill him—Yaakov makes no attempt to run away, only leaving home when instructed to by his parents. And while his mother had told him, “Get up and flee to my brother's house!” Yaakov seems to proceed with a leisurely, “leave Be'ersheva and head toward Haran”.

With Yaakov far from his “tent”, major changes are in store. Interestingly, only when Yaakov is forced into the wider world does G-d first appear to him, assuring Yaakov that He will guard and protect him. Yaakov is frightened, uncertain about what may lie ahead and does not even seem to fully internalize G-d's promise of protection. Yet he awakens invigorated.

While a group of shepherds stand around, unable to draw water from a well covered by a rock, Yaakov removes the rock—by himself. Despite being a victim of Lavan's deceit, in a demonstration of how G-d punishes measure for measure, he spends the next twenty years making himself and those around him wealthy. He learns how to cope, even succeed and excel, as he navigates the world about him.

When confronted by Lavan as he departs from his employ, Yaakov boldly responds, castigating Lavan for his duplicity and pointing out the justice of his cause.  Quite a different response to the one he gave—or shall we say, did not give—years earlier. Nowhere does he remind Eisav or tell his father that he had legitimately purchased the birthright, and its attendant blessings, from Eisav himself. While the Torah notes that Eisav actually despised the birthright, Yaakov meekly accepts his fate and makes no attempt to defend himself.  Yet as he is about to see his brother after many years, he readies himself for war, if need be, convinced of the justice of his cause.  He confronts a mysterious angel, holding him to a draw and forcing his attacker to flee as daybreak arrives. He is no longer Yaakov, the one who holds on to the heels of others, but Yisrael, as ”you have contended with G-d and man and have prevailed” (32:29); his new name is indicative of his transformed personality.

Yet upon his return to Israel, Yaakov seems to revert to his initial natural inclination. When Dina is raped, it is Shimon and Levi who act decisively, raising the ire of their father, who prefers to avoid confrontation.  Yaakov seeks to once again return to his 'tents'  (“and Jacob dwelled in the land of his fathers”). As Rashi notes, he wanted to live out the last years of his life in peace and quiet. But alas, that was not to be. He is the passive, even tragic bystander as the story of Joseph unfolds. When he finally has the opportunity to go and see his beloved and long-lost son, he hesitates and is fearful, and needs the reassuring words of G-d before he will go to Egypt.

Abraham, by nature, was inquisitive, seeking to explore, search and find G-d. Yitzchak was the man of simple faith, one who enjoyed meditating in the fields. Both were satisfied with the life they chose. But Yaakov had no such luck. “Few and hard have been the days of my life” (47:9).  While his life may have been hard, his ability to successfully confront and overcome whatever life brought enabled him to be the father of B’nei Yisrael, the one who assured that the Jewish people would survive and thrive, regardless of the challenges that we face.