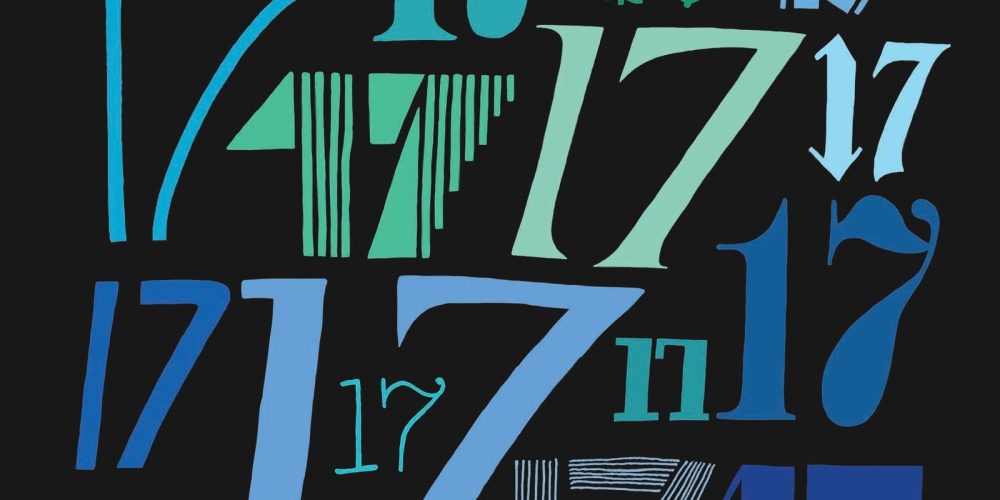 Sefer Breisheet begins with the grandeur of creation, detailing the many new life forms, and with great hope for the human race. This hope was to be short-lived, with story after story of man's pettiness and propensity for evil. By the end of the book, the theme is that of death, and the stage is set for the enslavement of the Jewish people.

The opening verse of this week's parsha, “Yaakov lived in the land of Egypt for seventeen years, and the days of his life were 147 years” (Breishhet 47:23) is “closed”, meaning that unlike all other parshiot of the Torah, there is no space between it and the preceding parsha. “When Yaakov died, the eyes and hearts of the Jewish people were closed shut, due to the pain of slavery that was beginning” (Rashi 47:28).

The Torah is not content just to tell us that Yaakov was aged 147 on his deathbed, but adds that he lived in Egypt for 17 years, something we could have calculated on our own. In what is undoubtedly one of the strangest conversations in the Torah, Pharaoh's first words on meeting Yosef's father are, “How old are you?” (Breisheet 47:7). Yaakov's answer is no less strange: “My journey through life has lasted 130 years. The days of my life have been few and hard. I did not live as long as my fathers did”. Yet once we know Yaakov lived to be 147, there is no need to mention the 17 years Yaakov dwelled in Egypt.

“And Yaakov settled in the land of his fathers” (Breisheet 37:1). Yaakov had a most difficult life up until that point, as he himself notes in his comments to Pharaoh. Yaakov was separated from his family, never to see his mother again. He did not know if or when his brother might make good on his promise to kill him, and was continuously cheated by his uncle. Yaakov suffered through bickering wives, the rape of his daughter and disagreements with his children on how to respond to it, and finally, the death of his most beloved wife. No wonder that “Yaakov desired to dwell in tranquility” (Rashi 37:2), living out his remaining years in peace and quiet, to be once again an ish tam yoshev ohalim, a simple man dwelling in the tents. But alas, G-d had other plans.

“These are the toldot, the generations of Yaakov: Yosef was 17 years old” (Breisheet 37:1). With the birth of Yosef, Yaakov enjoyed 17 wonderful years. While Yaakov's troubles did not end with the birth of Yosef, his birth marked a turning point in his life. He was content for the first time in many years. Yet this contentment only lasted until Yosef turned 17, when he was “exiled” to Egypt.

These 17 years find their parallel in the last 17 years of Yaakov's life. Though living far from the land of his fathers, he lived near all his children and grandchildren, “in the best of land in the land of Ramses” (Breisheet 47:11). Ironically, yet foreshadowing much of Jewish history, life in exile is often full of success, peace, and contentment. Yaakov enjoyed 17 years with Yosef twice, once after Yosef's birth and once prior to his own death.

Yet at the same time, during these wonderful 17 years, the seeds of assimilation, slavery, and death were being planted. Yaakov arrives in Egypt after a difficult journey through life. He clearly looks frail, prompting Pharaoh's strange question about his age. As shepherds and Hebrews, they were not well liked by the Egyptians, yet posed no threat to Egypt. They would, Pharaoh undoubtedly assumed, soon assimilate, and there would be no recollection of the Jewish people. We would soon be able to read “and a new king arose in Egypt who knew not Yosef” (Shemot 1:8).

It would appear that around this time, Yosef lost much of his power and influence. We hear nothing further about his accomplishments in Egypt, and Yosef needs special permission to bury his father.  After getting Egypt through a crisis by consolidating power in Pharaoh’s hand, Yosef may have met a fate similar to the butler who, despite introducing Pharaoh to the savior of his country, is never heard from again. “The young Hebrew slave” who was very useful during a period of crisis was deemed expendable when he provided no special service. G-d's promise to Abraham that his “descendants will be strangers in a land that is not theirs” was beginning to take shape.

While Yaakov's arrival marked the “official” beginning of the exile in Egypt, the Torah, in dramatic fashion, records that Yaakov was 130 when he arrived in Egypt. The exile of the Jewish people may have begun when Yaakov was 130, yet exactly 130 years later, Moshe Rabbeinu would be born, marking the beginning of the redemption[1].

The Torah records that 70 people went down to Egypt. Yet only 69 names are listed. According to many, it was Yocheved, the mother of Moshe, who was the missing 70th person. She was born in transit as Yaakov's family arrived in Egypt, as the exile of the Jewish people was about to begin. Yet “G-d prepares the cure before the sickness”. Though hidden, the seeds of redemption accompanied Yaakov on his journey. Sixty-nine people went into exile along with the mother of redemption.

The exile of the Jewish people has been a long one. Yet today, we are witness to the seeds of redemption, clearly visible for all to see. It is up to us to nurture and help those seeds grow. Chazak, chazak, v’nit’chazek.

[1] According to our Sages, the time elapsed from Yaakov's descent to the Exodus was 210 years. With Moshe 80 years old at that point, that leaves 130 years from Yaakov's arrival in Egypt to Moshe's birth.

While G-d had told Avraham that his descendants would be strangers in a foreign land for 400 years, our Sages understood that the count began from the birth of Yitzchak. Yaakov was born when Yitzchak was 60, and he was 130 when he came to Egypt. Added to the 210 years in Egypt, we arrive at 400 years. Why the 400-year count should begin with the birth of Yitzchak—the only one of our avot or imahot to never leave the Land of Israel—is a question for another time.